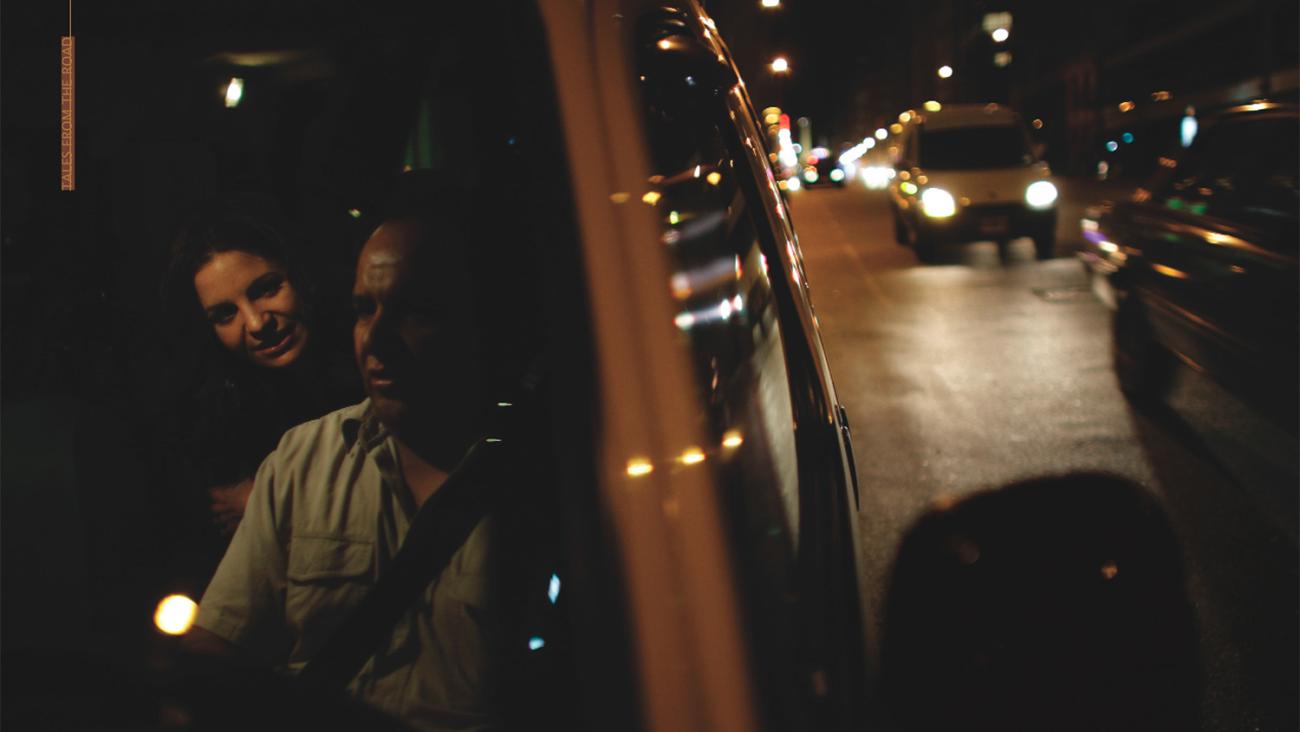 I was in my second cab of the day in summer-steamy Buenos Aires. Luis, the driver, was making subtle advances at me (Do you live here? How old are you? Do you have a boyfriend?), despite his age (going on 60) and girth (which strained the threads of his cotton dress shirt). I was unfazed by his flirting—a fact of life in Argentina—yet filled with anticipation about our destination.

A few minutes earlier, I had climbed into the cool embrace of Luis’s air-conditioned taxi and dealt him a strange request: “Can you take me to your favorite place to eat?”

He slammed on the brakes in the middle of the Friday traffic on Avenida Santa Fe, setting off a chorus of horns behind us. The white rosary that hung from the rearview mirror swung wildly, nearly hitting the windshield. He turned down the tango music that crackled through the speakers.

“I’m new to the city,” I lied. “And I was hoping you might be able to help me find some good food. I’m not interested in touristy restaurants or fancy places. I want to go someplace where you usually eat.”

The truth was that I’d been living in Buenos Aires for over two years. A freelance food writer, I was searching for a path to the city’s culinary underbelly. I’d decided to turn to taxi drivers for help. Surely, I hypothesized, they would know the way to their city’s most authentic flavors.

I started hopping into cabs every week and asking the drivers to take me to their favorite places to eat, negotiating the same vertigo that I confronted whenever I started dancing a tango. Whether in a taxi or on the dance floor, I was in some way yielding my destiny to a stranger.

My Argentine friends thought I’d lost my head. Taxi drivers, they said, are the biggest estafadores (cheats) in Buenos Aires. They’ll take you for all you’ve got, drive you in circles, maybe even haul you off to someplace dangerous. I refused to give in to these stereotypes.

“Well, I don’t know,” Luis said, “I could take you to the food court at the Jumbo mall.”

“Is that where you usually eat?”

Despite working a 12-hour shift seven days a week, Luis could not afford the pricey fare at the food court. After the Argentine economy crashed in 2001, he had become part of a middle class that had bottomed out and then struggled to keep up with a cost of living that grew far faster than their salaries.

“Yeah. My wife and I separated eight months ago.”

Our destination still unresolved, we entered the green canopy of parks that border the Río de la Plata. Edmundo Rivero’s rich baritone rose above the melody of “Sur,” Homero Manzi’s tango about changing neighborhoods and dying dreams. The amount on the meter jumped over the number of small bills in my purse.

“No way,” he said, “I’m going to take you to the best steak sandwich in the park. Just give me what you have and we’ll call it even, deal?”

I agreed. Luis, like all the taxistas before him, had responded in kind to my trust, choosing not to cheat me or take advantage of the fact that I was a foreign woman traveling alone.

“See all those cars?” He pointed to a crowd of vans, trucks and sedans double-parked next to a roadside sandwich stand. “That’s where you’re going. This place is good, see? I take my sons here sometimes after we go fishing on Sundays.”

I smiled into the rear-view mirror. He winked and whipped the Fiat into a U-turn. I toyed with the idea of inviting him to lunch, but remembered his advances and thought that would only confuse the spirit of our figurative embrace. As in the tango, the intimacy between Luis and me was powerful precisely because it was temporary.

Thanking Luis for his guidance and closing the door on Edmundo Rivero, I climbed out of the taxi and into the mass of hungry customers surrounding El Puestito del Tío, the chosen roadside sandwich stand.

White- and blue-collar types, construction workers and pregnant women, grandparents and grandchildren scarfed down the lomitos (steak sandwiches) and choripanes (sausage sandwiches) that flew off a barbecue tended by a tall, dark, female grill master dressed in pink scrubs.

I caught the eye of her assistant, and he directed me toward a card table where an elderly man sat among the weeds, lording over a pile of red and blue tokens and a cash box: “Place your order there.”

Not two minutes later, the grill master passed me a steak sandwich that I had to hold with two hands. I stopped by the Puestito’s equivalent of a salsa bar, sprinkled on a bit of chimichurri sauce (with parsley, oregano, garlic, onion, paprika, olive oil and vinegar) and found a park bench where I could commune with my sandwich.

Communion was bliss. Tender and smoky, the meat trickled juice onto my pants after the first bite. The roll (chewy), the lettuce (crispy) and the tomato (sweet) played their parts, pushing the fatty richness of the beef to center stage. Easily the best lomito I’d ever tasted.

Buenos Aires can be a cruel place, plagued by income disparity, petty crime, filth and flagrant political corruption, among other maladies. Still, the city manages to preserve the open-armed spirit that has always been part of its history. For the most part, kindness to strangers is a natural reflex in this immigrant-heavy metropolis. And as tango dancers around the world attest, there is no embrace in the world that can match the warmth of an Argentine’s.

At the end of the taxi adventure with Luis toward that revelatory steak sandwich, I realized this is as true in a cab as it is on the dance floor.

Onetta Brooks '74, past president of the Alumni Association Board
END_OF_DOCUMENT_TOKEN_TO_BE_REPLACED
© 2020 Pomona College