A Dream of Diplomacy Coming to Life 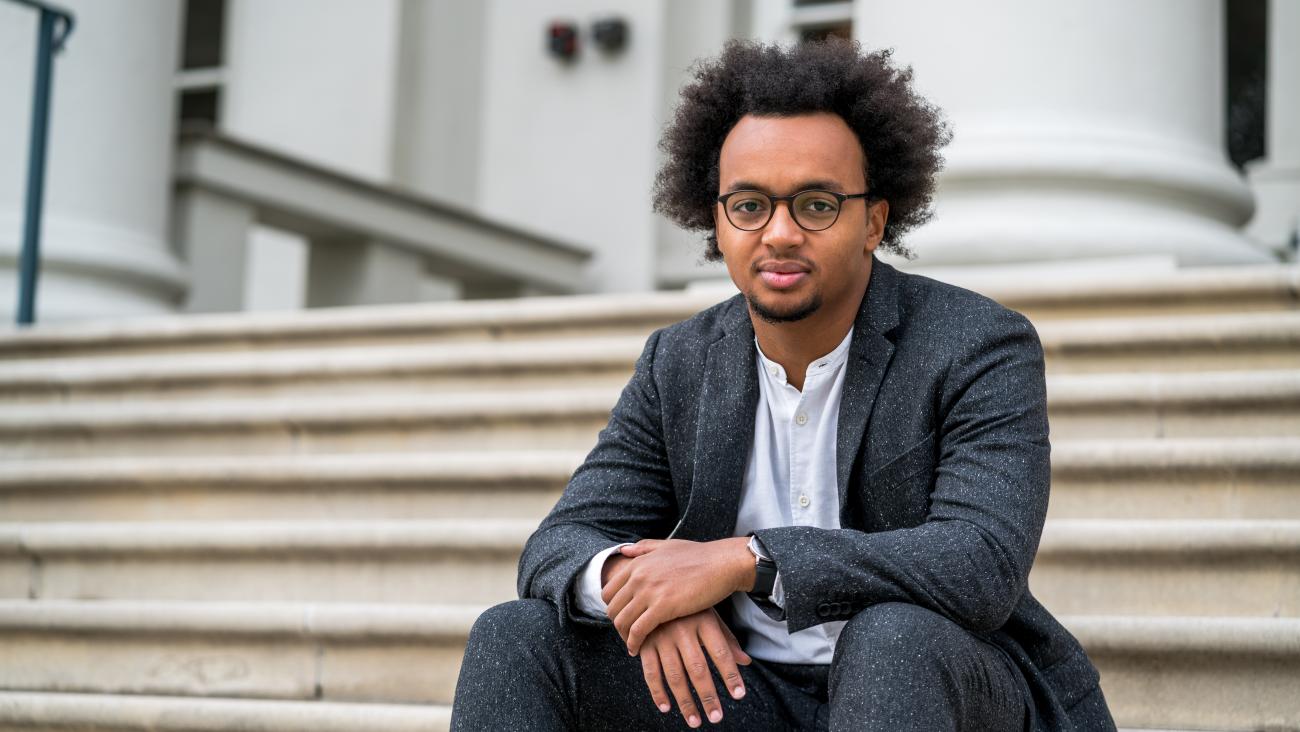 Ruben Murray ’19 has dreamt of becoming a diplomat since he was a child. With his recent win of a Rangel Graduate Fellowship, a program to prepare awardees for the U.S. Foreign Service, Murray is that much closer to fulfilling that dream.

Murray grew up in France, his mother is French and Spanish from Canaria Island, off the coast of Morocco, and his father is an African American from Berkeley. He has family in the U.S., Europe and the Caribbean, and identifies as African American. Murray’s mosaic heritage is at the forefront of his identity, he says, enabling him to be comfortable in vastly different settings, whether it was a Guadeloupean primary school or a visit to his mother’s high school in Rabat, Morocco. Both of his parents work in the music industry so traveling around the world was the norm in his childhood.

A decade ago, when then-U.S. Sen. Barack Obama was running for the U.S. presidency, Murray was also running for president — of his sixth grade class. He was the only Black kid in his grade in France and Obama served as his inspiration. When Murray delivered his campaign speech he proudly wore the “Yes, We Can” pin his father gave him and mirrored many of the slogans of the American election. At the age of 11, he picked up Obama’s memoir “Dreams from My Father” for the first time (he finished reading it when he was 14). Following the president’s foreign policy moves intensified Murray’s desire to someday join the Foreign Service. He’s been jokingly called the ‘young French Obama’ by his peers.

“At Pomona College, my understanding of his policy was both challenged and deepened, and I learned to be more critical. However, I still look up to Obama as one of my role models.”

When the Ebola epidemic broke out in West and Central Africa, Murray saw up close the difference diplomacy could make in containing a crisis, he says.

Murray had learned from his parents’ experiences in the industry — that music was more than mere entertainment, that it could also mobilize. He became part of the #AfricaStopEbola campaign, a coalition of artists using music to raise awareness about Ebola in Africa and how people could help stop its spread by advocating through song for communities to advance health education and participation, adopt behaviors that prevent Ebola transmission and spread a message destigmatizing Ebola survivors and family members of victims. The campaign’s efforts were recognized by the White House and USAID and awarded a grant to further the project. Murray traveled to Guinea to be part of the U.S. government containment efforts.

At Pomona, Murray’s interest in international relations has been cultivated further. He points to Pierre Englebert, professor of international relations and politics and his academic advisor, as a mentor during his time here, entrusting Murray with multiple research projects in African politics and development. Classes with Professor of History and Africana Studies Makhroufi Ousmane Traoré deepened his appreciation for African history. The U.S. Foreign Policy class taught by Professor Mietek Boduszynski, a former U.S. diplomat, offered Murray a nuanced understanding of the complexity of diplomacy. Pomona-funded internships at UNAIDS in New York and the New York University Music and Social Change Lab increased his appreciation of the field.

Murray continues to carry the continent of Africa in his heart. His primary foreign policy interest is in global health. He studied abroad in Dakar, Senegal, as a National Security Education Boren Scholar and made a documentary. And for his senior thesis he is looking at a small country in East Africa, Djibouti, which hosts nine active foreign militaries. Murray is examining the differences in relationships and approaches between the U.S. and China in Africa, using Djibouti as a case study. On campus, through the Oldenborg Center for Modern Languages and International Relations, he is currently learning Swahili as part of the independent study program.

Murray says he feels honored to have received the Rangel Fellowship from the U.S. State Department and that this award is important to him “because it is a confirmation that the United States values my experience as a non-traditional American.”

As this dream to be a diplomat begins to come to life, Murray knows that there are some things that remain out of reach. He won’t change the U.S.’s entire foreign policy apparatus, for one. But he is still confident.

“I truly believe in the force of encounter of individuals in international relations and I am sure I will make a positive change somewhere, somehow, inferred by my experiences helping people in the past.”

Onetta Brooks '74, past president of the Alumni Association Board
END_OF_DOCUMENT_TOKEN_TO_BE_REPLACED
© 2020 Pomona College