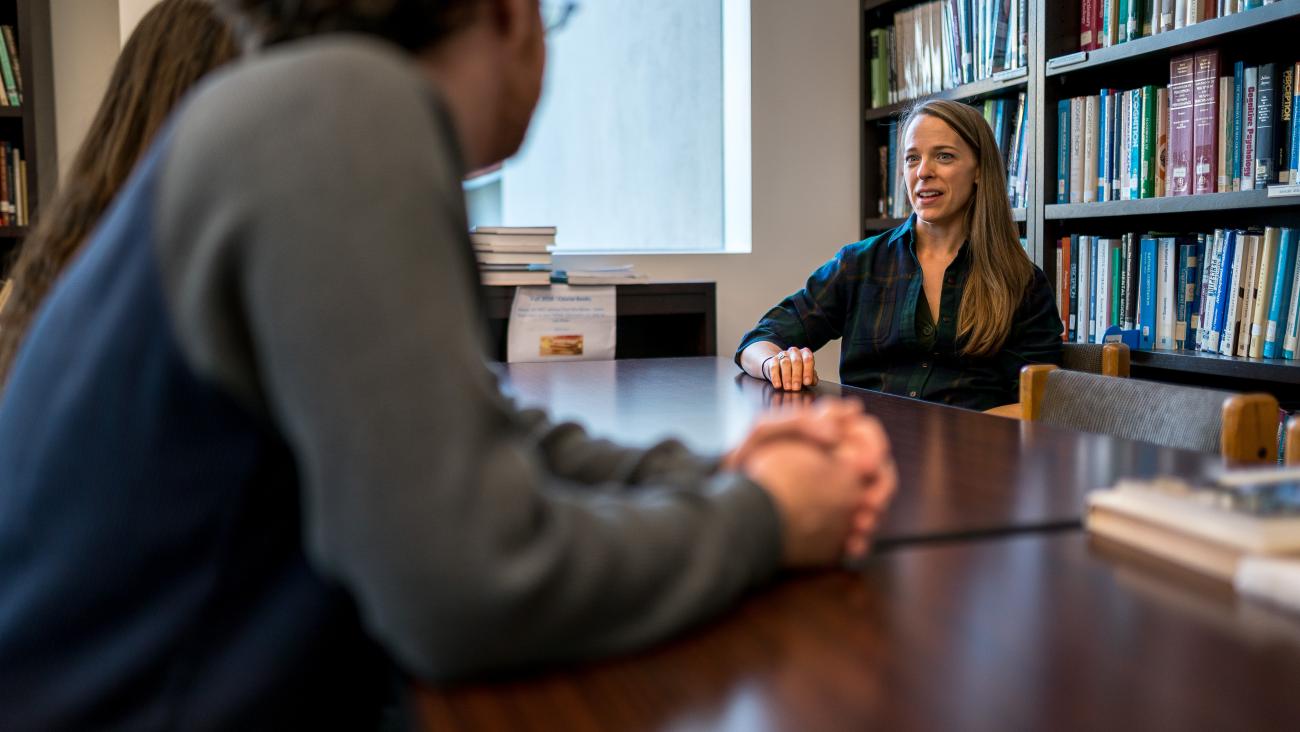 How would you define borderline personality disorder?

Masland: That is actually very difficult. It's difficult even for researchers within the psychology field, and there's a lot of controversy around how exactly it should be defined. The term itself is also misleading.

The word “borderline” has its roots in psychoanalytic theory, and it was originally meant to refer to the borderline or boundary between psychosis and neurosis. In other words, the borderline between emotional instability and disconnection from reality. The term borderline personality has a history of being applied pejoratively to patients who were not getting better in treatment, or who were difficult in some way. The pejorative history of the term has actually influenced a whole range of things, including some of my research on stigma. But the way that we think today about what BPD is, is as a disorder of instability. We're looking for instability in affect, or mood, as well as other domains. Oftentimes people will describe that it's like walking on eggshells with a loved one who has BPD.

You're not sure what might set someone off. Someone might be seemingly doing all right, but then all of a sudden, they're extremely angry or extremely sad. The mood swings are really significant. There's also instability in self-image, where someone might not be able to form a cohesive sense of who they are and where they're headed. There's also instability in interpersonal relationships. Oftentimes, there's this classic presentation where people will go back and forth between viewing another person as perfect or all good to viewing them as completely awful in really black and white terms. There's also instability in behavior. Here we'd be looking at things like chronic suicidality or self-harm. But also impulsive behaviors, things like reckless driving, or binge eating or promiscuous sex that they later regret and is discordant with their own values around sex.

It's instability across a whole range of different things. People often misunderstand the disorder because there are so many different ways that it affects people's functioning.

What are the causes?

In terms of vulnerabilities, we're looking at individuals who are often born with pretty high emotional vulnerability from the get-go. So, for example, consider infants who are maybe more difficult to soothe or who have more difficulty with emotion regulation. We're also thinking about genetic vulnerabilities — the heritability for the disorder is about 50 percent. That needs to be met, though, with certain environmental contexts.

Stressors for BPD often include childhood abuse, neglect, trauma, although they don't have to be that severe. Although childhood abuse and neglect are very commonly reported amongst people with BPD, certainly it is the case that not everyone who experiences those things will develop BPD and not everyone with BPD has experienced those things. But a stressor could also be something that's less severe in the sense that it's not overt abuse or neglect, but it could be that there's a mismatch between an emotionally vulnerable infant and a parent who isn't sure how to help that infant soothe themselves and who is chronically invalidating for example.

When a baby starts to cry and you're a parent who doesn't know how to respond to that you might do things like ignore the child, right? Or if the child's a little bit older you might say something like, "You shouldn't be sad." "Why are you sad? That makes no sense." Things like that. This may lead to difficulty understanding one's own emotional experience and also a difficulty knowing how to soothe oneself.

So that's one basic account of how BPD develops. There are many different theories actually. There are some that are more psychoanalytic in origin, but I think they all come back to this model of thinking about both vulnerabilities and environmental aspects.

What do you find are the attitudes people have towards people with borderline personality disorder?

Masland: The term’s long history of being used pejoratively continues to influence attitudes. It was formalized as “borderline personality disorder” in the third edition of the Diagnostic and Statistical Manual (DSM) following some really important research by one of my mentors, John Gunderson, who was considered the “father of BPD.” After it was formalized, it opened up a way for people to start to understand it and have more compassion. Before that it really was used as this term that was just meant to apply to people who are difficult. Oftentimes, even amongst clinicians, you'll still hear people describe people with BPD using really pejorative language. That still continues but there's also growing awareness of what causes BPD and why people might be acting in ways that can be difficult for the people around them.

One line of my research has been looking at how education about the disorder can actually help people better understand the disorder and have better compassion for it. Stigma applies to mental illnesses across the board. But I think that BPD is unique in that that stigma extends more into the professional community than it does for other disorders and so I'm really interested in changing that.

What do you see in clinician attitudes?

There's a lot of fear mongering within the community. What that results in is that it can be hard to find someone who accepts people with borderline personality disorder into their practice. It creates barriers to care for people in really important ways.

What are ways that people are being educated about BPD in society at large?

Masland: There are a number of really great advocacy initiatives that have sought to break some of the stigma. McLean Hospital in Massachusetts presents the personal narratives of people who are well known. Pete Davidson on “Saturday Night Live,” recently disclosed during SNL that he was diagnosed with borderline personality disorder and did so in a really beautifully humorous way, but also in a way that mirrors misunderstandings. He described it as a form of depression, which it is not. There are problems in the representation. But there are more people coming forward and saying that they have this disorder in a way that is really important.

One of the things that we know is most important for breaking stigma is contact. If we look at what actually changes people's attitudes, it's knowing people who have certain disorders. Bringing these cases into the public awareness is one way to create that kind of contact.

Masland: There's a good amount of research now to indicate that people with BPD are less trusting of other people. They'll rate faces, video clips, a whole range of different stimuli as less trustworthy. What that suggests to me is that there's a way that they're on guard interpersonally. And that's something that might be related to chronic rejection sensitivity or being worried about being rejected or abandoned.

That's a very consistent finding that people with BPD are guarded. It's something that should be considered in a therapeutic context — it might be harder for people with BPD to form attachment relationships that are stable and trusting, although sometimes they form really rapid attachments with therapists. They're at times almost over-trusting, so there's again that black-and-white instability in how they're viewing other people.

As for how well other people can trust loved ones with BPD, I think that what people often struggle with is trust of a different sort — trust that their loved one will be safe. When someone is engaging in behaviors like self-harm, or struggling with impulsivity, loved ones may have realistic fears about that person's safety. This is why involving families in treatment can often be really useful. It's really important for family to learn how to respond effectively when a loved one is acting in a frightening or unpredictable way, and to have a compassionate understanding for why they are acting that way.

What are some strengths of people with BPD?

Masland: That's a great question. I love treating people with BPD and part of that is my own tolerance for different types of things, like when someone is really angry in the room with me, I feel like I can work with that more fluidly than I do things like grief. Another reason I love working with people with BPD is that they often have a really great sense of humor. It is easy to think about things like impulsivity in a negative light, but sometimes that can look like real spontaneity and when you combine that with some kind of low agreeableness, a sometimes-hostile kind of presentation, oftentimes you get this really wonderful sarcastic humor where people will say hilarious but also somewhat aggressive things. I like that.

Another is that because one of the things that's so important to BPD is interpersonal hypersensitivity, being so concerned about what other people are thinking. I've had a patient tell me, "You're angry with me right now." And I had to think for a second. And I realized, "Yeah, I think I actually am." Many patients have a really keen awareness that keeps you on your toes —interpersonal sensitivity can cause problems for people, but it also has a really positive side.