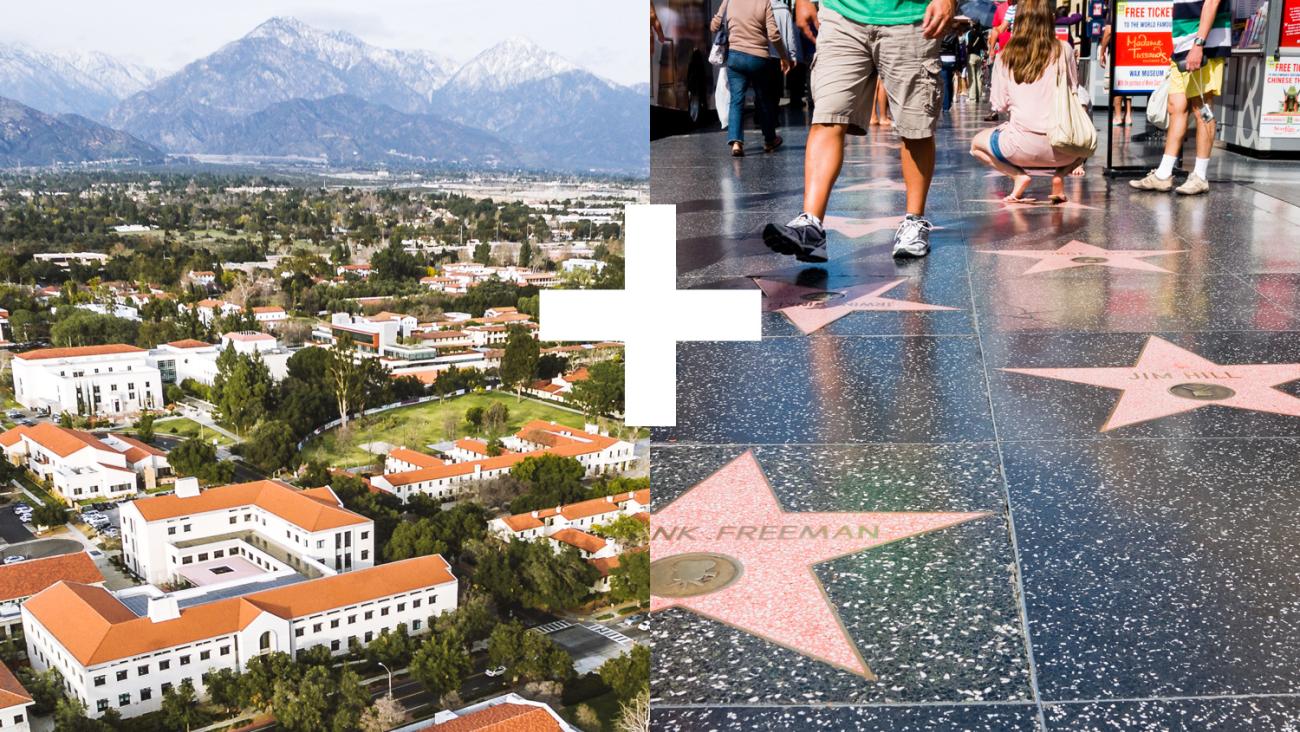 WANTED Lead Camera and Lights for a documentary-style film...

Can anyone recommend a good entertainment attorney?

Congrats to Maximilian Zarou (PO ’99) on his upcoming TV appearance!

If anyone has a short or feature film they'd like to get into a festival, PM me.

Who here is going to Sundance?

With nearly 2,000 members, the Claremont Entertainment & Media networking group’s Facebook page is a lively community of alumni of The Claremont Colleges who mostly either already work in Hollywood or aspire to.

Founded in 2007 by a group that included actor Kelly Perine ’91, the group offers a clearinghouse for job openings, freelance gigs, congratulations and queries from alumni and current students of the five undergraduate colleges and two graduate institutions known as The Claremont Colleges, of which Pomona College is the founding member.

The Claremont Entertainment & Media network also stages an annual party – often with a highlight reel of Claremont successes – and other smaller meet-ups, plus occasional panels and speaking engagements on the Claremont campuses.

“I was on the ground floor of getting this puppy up and running, and after 10 years we're on the brink of turning The Claremont Colleges into forces to be reckoned with just like other universities that seem to have a stronghold on Tinseltown,” says Perine, who is currently appearing in the second season of Nickelodeon’s Knight Squad.

The Claremont Colleges have some Hollywood heavyweights in their corner, including Interstellar producer Lynda Obst ’72 and The Martian producer Aditya Sood ’97. (Sood will speak at Bridges Auditorium on Feb. 16 as part of Family Weekend 2019.)

Before the last decade or so, students and alumni often discovered Claremont entertainment industry contacts either by digging hard or by accident, which is how Sood met his first show business contact, Greg McKnight ’90, now a partner at United Talent Agency.

“I was a sophomore sitting in Honnold reading weekly Variety, the print paper,” Sood remembers. “All of a sudden this guy came up to me and said, ‘Oh, how long have they had that here?’ And I said, ‘Ever since I’ve been a student.’ And he said, ‘When I was a student here, I used to write letters to get them to subscribe.’ Then he said, ‘Do you want to get lunch?’ and we did. We became really good friends, and have crossed paths many, many times in business over the years.”

At the offices of Lynda Obst Productions on the Sony Pictures studio lot in Culver City, Obst’s right-hand woman is Katarina Hicks ’10, who reached out to Obst because of their Pomona connection and was hired as Obst’s creative executive. She since has been promoted to development executive.

There are “tons of people my age in the ‘trenches’ making moves up the ladder,” says Hicks.

Obst proudly notes that one of her former Pomona interns, Justin Huang ’09, is now head of development at Pearl Studio, the Shanghai-based animation studio formerly known as Oriental DreamWorks. Obst says the CEM group has grown “very strong,” and she continues to speak on the Claremont campuses and offer guidance to students and recent graduates.

“I have always responded to anyone from Pomona, and they’ve come to my office and I’ve given them advice – but not when I’m in production,” Obst says. “Also, they’ve tended to be my smartest interns, because you know when you get a Pomona person, they can write English sentences, they can analyze scripts, they can speak well, they can think on their feet. I mean there’s just been a very consistently high quality.”

There are many other Pomona alumni who have made their marks, including screenwriter Jim Taylor ’84 , who shared an Academy Award for adapted screenplay for Sideways; Emmy winners Allison Jones ’77, a casting director whose long list of credits includes The Office; and Wendy Molyneux ’97, a writer and producer who was honored for her work on the Fox animated sitcom Bob’s Burgers. There are up-and-comers too, including comedian James Davis ’05 of Hood Adjacent with James Davis on Comedy Central, where he worked with Jose Acevedo ’10, Comedy Central’s director of original programming and development.

It is a competitive field, and a shared alma mater isn’t enough on its own. But Sood emphasizes the value of the preparation students receive at the 5Cs, as the Claremont undergraduate schools are known.

“There’s a real literary component to what we do,” he says. “You’re reading books, you’re analyzing material, you have to have critical thinking and a lot of problem-solving in novel situations. I really think the liberal arts background is a perfect stepping stone for this kind of work.

“The advice I give every time I talk to students is something I didn't really have but I think would have been great to have: Try to find the other people on campus who also want to do this, and get to know them now. Get to know them as students, because they will form the nucleus of your network that will last you throughout your entire career.”