Introducing the Pomona College Class of 2023 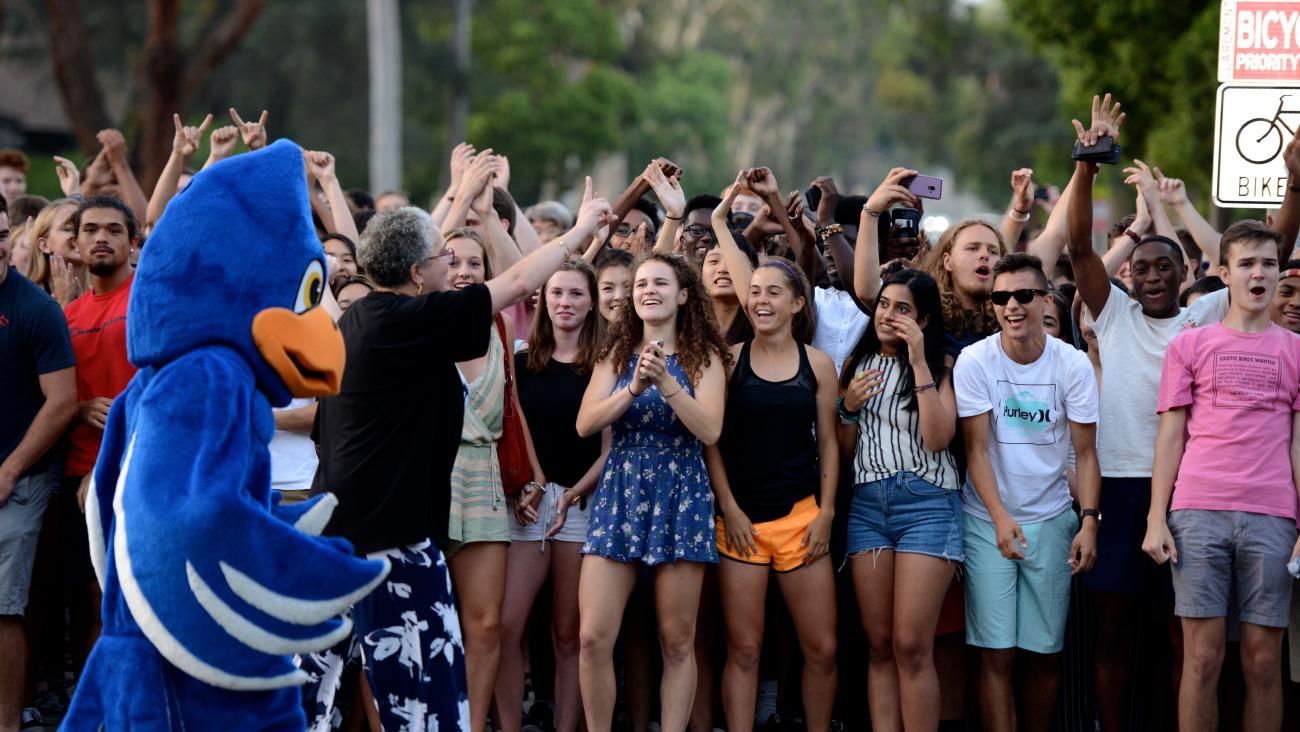 Story Date:
First-year students run through the College Gates, as seen in this file photo from a previous year.

Where Students Are From

states, plus D.C. and Puerto Rico

Big news arrives today for the Pomona College Class of 2023. Student applicants across the U.S. and the world will be able to see their decisions via secure online access starting at 5 p.m. PDT.

To celebrate the incoming class, staff from Pomona’s Offices of Admissions and Financial Aid rang the Sumner Hall bell 23 times this afternoon.

“It is an honor to work alongside the Admissions Committee, selecting the next generation of extraordinary students for Pomona College,” said Seth Allen, vice president and dean of admissions and financial aid. “We are so excited to include the new Class of 2023’s diversity of backgrounds, experiences and talents into the College’s DNA.”

Pomona will offer admission to 726 students who come from 49 U.S. states plus the District of Columbia and Puerto Rico. Students admitted to the Class of 2023 hail from 47 countries, with international students comprising 13.5 percent of the class.

Eleven students were admitted in a previous year and deferred enrollment until this year. A Pomona College-Cambridge University Downing Scholar will also join the class.

The admitted group is 51 percent female and 49 percent male.

Domestic students of color make up the majority of the admitted class at 57.9 percent. Admitted students are 17.9 percent  Asian American, 13.6 percent Black, 19.8 percent Latino, 5.1 percent multiracial, 25.9 percent white and 2.8 percent declined to state. Five American Indian/Native Alaskan and five Native Hawaiian students, along with an additional 32 students who note Native heritage as part of a multiracial identity, have also been admitted.

First-generation college students – meaning neither parent has a four-year college degree – comprise 20.3 percent of those admitted to the Class of 2023. Additionally, five percent attend a rural high school.

One of the College’s three application essay questions asked students to add a fourth quality to Pomona’s iconic entry gates, welcoming the “eager, thoughtful and reverent.” Admitted students were most likely to add “open-minded,” “resilient,” “bold” and “compassionate” to describe students who are entering Pomona today.

Students admitted to the Class of 2023 are academically exceptional. Ninety-four percent of those who attend high schools that rank are in the top decile. The median SAT scores are 730 for Evidence-Based Reading and Writing (EBRW) and 760 for Math. The median ACT score is 34.

Where They Come From

In all, admitted students come from 603 schools worldwide.

Reaching out to a deep and talented pool of applicants, Pomona admissions officers visited more than 650 high schools in 36 states and many more around the world to meet with students, parents and high school college counselors.

An additional 22,763 students and visitors were hosted on campus for tours and information sessions.

As part of its commitment to increasing access to higher education, Pomona has built relationships with additional organizations that help colleges connect with applicants from under-resourced schools. They include Bridge2Rwanda, the Grew Bancroft Foundation and The Sutton Trust as well as numerous local and regional programs.

Alumni played a key role in recruiting this class as well. More than 550 Pomona alumni admissions volunteers conducted a total of 1,172 interviews with students in 47 U.S. states and 20 different countries.

With 48 majors in the arts, humanities, natural sciences and social sciences, as well as interdisciplinary studies, Pomona College is one of a handful of institutions which practice need-blind admissions and provide need-based financial aid that meets 100 percent of demonstrated need.