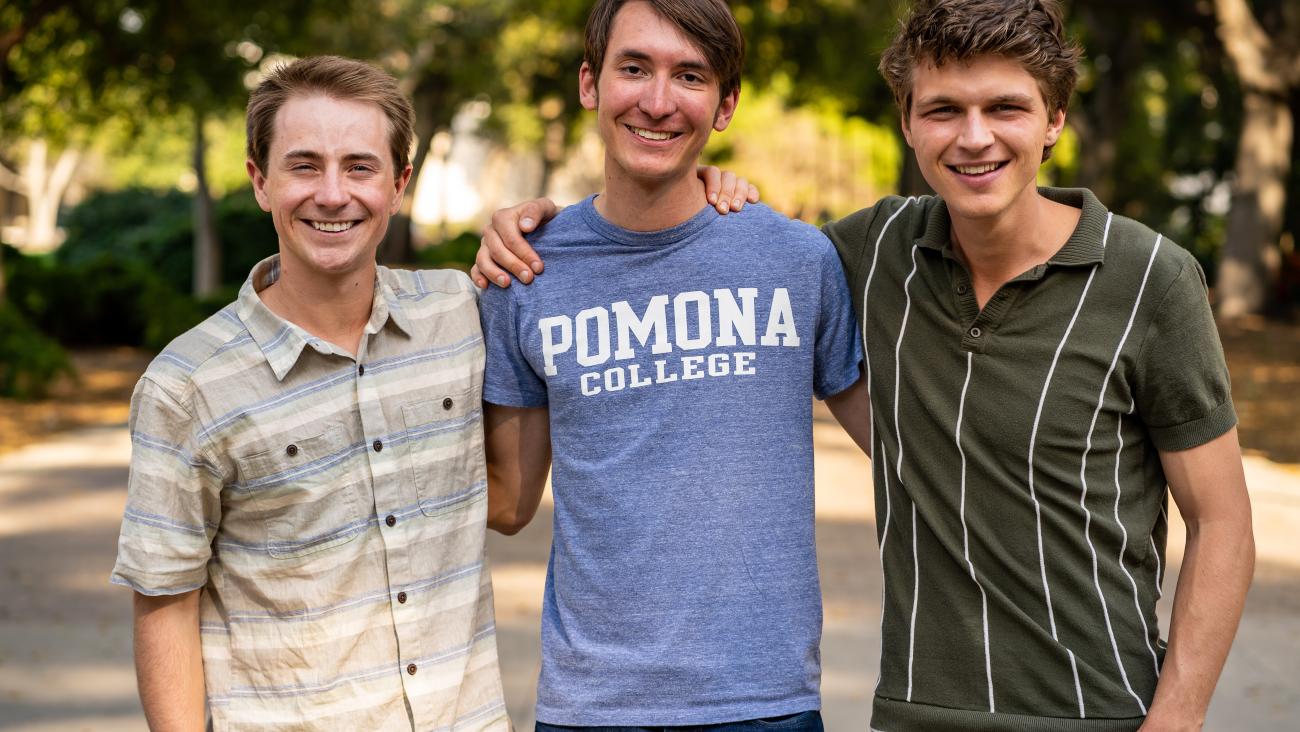 Three Pomona College seniors have won the sought-after Watson Fellowships to circle the globe to do research for passion projects. The Thomas J. Watson Foundation awarded a $30,000 grant for independent exploration and travel outside the United States to 41 college seniors nationwide this year.

Eli Cohen ’19, a politics major from Birmingham, Ala. was inspired by Politics Professor Susan McWilliams Barndt’s Political Journalism class to pursue becoming a journalist. Simultaneously, he says he saw how inextricably linked technology had become with our understanding of the world outside our direct experience, and that realization also inspired him — this time to use a Watson to explore that relationship between technology and daily life further.

Cohen will spend his Watson year traveling to societies — including India, Norway, Spain, Malta and Burma —where life online and life offline are becoming harder to disentangle. For example, what happens when India’s digital ID card is linked to your iris scans?

In his research, Cohen will pose questions such as:

Does it matter which platform Scandinavian teenagers use to watch TV? How SIM cards are distributed in Myanmar/Burma? What kind of math is needed for Maltese medical records to be verified? Or what forms of ID Indian citizens must produce to obtain government services?

Cohen has never spent extensive time abroad, so he says what lies ahead for him is both terrifying and exciting and he anticipates how it will broaden his worldview beyond the U.S.

“A lot of my politics coursework has been focused on the U.S., and I often fall prey to the Trumpian news cycle, unable to think of much else.”

Blake Plante ’19, an English major from Riverside, Calif., had his love for poetry instilled in him by the late Professor of English Arden Reed. Reed also introduced him to corporeal mime. Thomas Leabhart, resident artist and professor of theatre, acquainted Plante further with that form of physical theatre. Plante says corporeal mime has profoundly influenced his understanding of himself and how he wants to be.

“Thomas Leabhart has made me aware of the beauty, the ugliness and the information contained in physical expression. Mime has taught me how to have a deeper emotional connection with my movements, and therefore, how to express myself authentically to others — and to myself.”

Plante will deepen his study of corporeal mime, examining practice, pedagogy and performance, and aspects of physical theatre that have influenced or are influenced by it as he travels to France, Canada, Spain, Japan, Italy, England and South Korea. He says he is particularly looking forward to studying Noh theatre in Japan because of its influence on corporeal mime’s development as a sculptural form that prioritizes the body over the face.

Part of Plante’s reaction to his Watson award took the form of corporeal mime:

“I was exiting Seaver Theatre after morning mime practice when I got the email. I did air-kicks and lost control of my voice for a little bit. Every few hours after that I’d check whether I was really sleeping. I’m still checking.”

Jeremy Snyder ’19, a biology major and geology minor from Denver, Colo., had formative intellectual experiences on campus, outdoors and abroad.

Courses with Geology Professor Robert Gaines made him excited about the processes that shaped the world and the impacts of rivers and erosion and the science behind them. Jonathan Wright, William A. Hilton Zoology Professor and professor of biology and Snyder’s advisor, played a large role in why Snyder decided to major in biology. Wright taught one of his all-time favorite courses, Animal Physiology. Snyder says Wright’s enthusiasm and encyclopedic knowledge inspire him “to see and explore how science can make the seemingly mundane seem incredible.” And former Visiting Professor of Sociology Professor Alice Goffman’s class, The Science of Life-Changing Events, encouraged him in his writing and helped him link his interests by combining his photography, writing and science background into a photojournalism project for science communication.

Studying geology and earth systems abroad in New Zealand granted him two things: Seeing science manifest in landscapes and falling in love with that country’s rivers through whitewater kayaking. Closer to home, the student outdoors club On the Loose was behind many great adventures and friendships and put geology and earth right at his feet.

All of those experiences led to Snyder’s Watson visual storytelling research project, which will take him to China, Peru, Brazil, Mexico, Ecuador and Chile. He will be creating science-oriented photojournalism about rivers, in which different scientific disciplines intersect, and exploring where scientific concepts have highly visible impacts on those who live on and around river systems. His focus will be to capture the human and non-human characters, real and conceptual, that shape and are shaped by rivers.

Snyder says he is eager to have the chance to try out his ideas.

“Being free to explore the style of art and education that I'm interested in creating, with full artistic direction and full permission to fail or even come up empty-handed, is a giddying opportunity.”