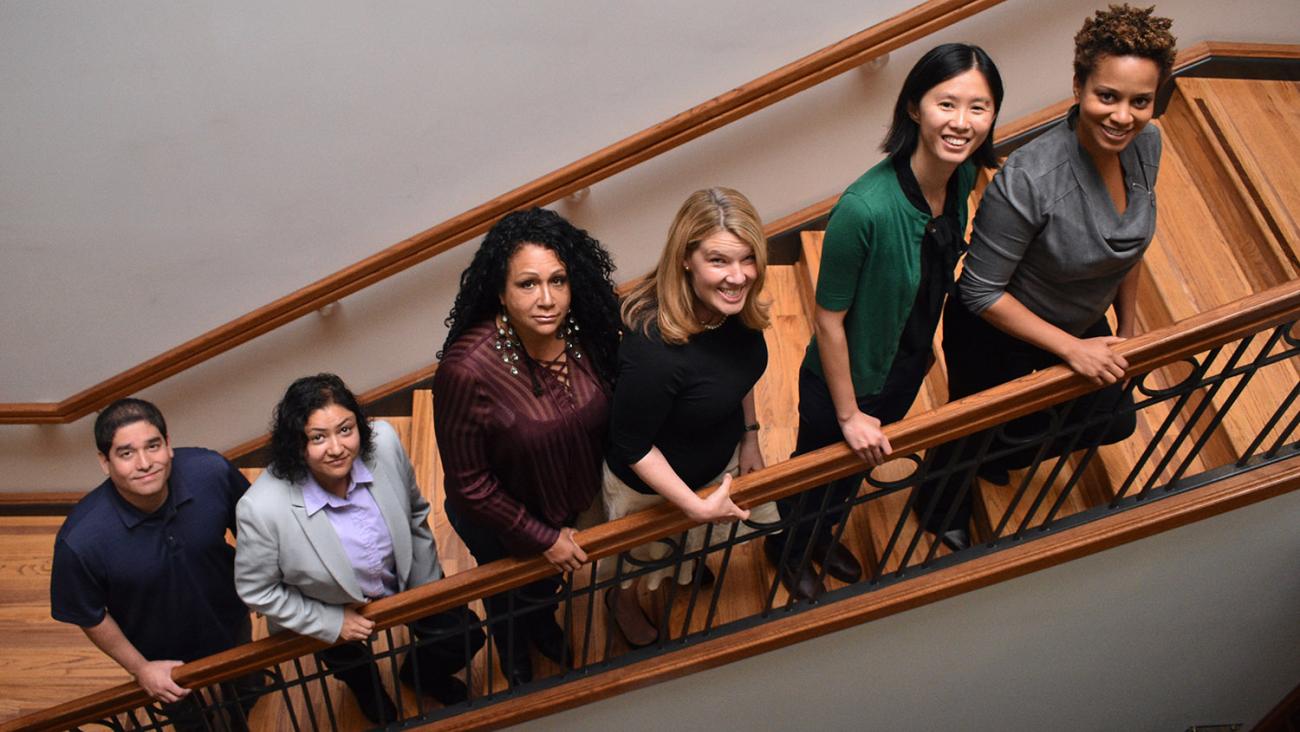 Each spring, a group of outstanding Pomona College professors is elected by juniors and seniors, and confirmed by a committee of trustees, faculty and students, to receive the Wig Distinguished Professor Award. It is the highest honor bestowed on Pomona faculty and recognizes exceptional teaching, concern for students and service to the College and the community.

This year’s recipients are:

In anonymously-written nomination comments, students offered high praise for the six professors who were honored at Commencement on May 19.

Bacio joined Pomona in 2016 with a double appointment to the departments of psychology and Chicana/o Latina/o studies. A clinical psychologist and researcher, she explores disparities in alcohol and drug use among young people of ethnic minorities. Bacio directs the CENTRO research lab where she and her students combine several research methods including community-participatory research, laboratory-based tasks and large-scale surveys. This is her first Wig Award.

Associate Professor of History Pey-Yi Chu teaches European history focusing on Russia and the Soviet Union. Through her research, she aims to understand the environment and environmental change through the history of science and technology as well as environmental history. Her first book, The Life of Permafrost: A History of Frozen Earth in Russian and Soviet Science, explores the history of the study of frozen earth and the creation of permafrost science in the Soviet Union. This is her first Wig Award.

W.M. Keck Distinguished Service Professor and Professor of Mathematics Stephan Garcia is the author of more than 80 research articles, many of them with Pomona students as coauthors. In 2018 he was recognized by the American Mathematics Society for his excellence in research in operator theory, complex analysis, matrix theory and number theory. This is his second Wig Award.

A third time Wig Award winner, Professor of Politics Susan McWilliams Barndt currently serves as chair of the Politics Department, where she has taught since 2006. Among her areas of expertise are political theory, American political thought, politics and literature and civic education. She is the author, most recently, of The American Road Trip and American Political Thought (2018).

Actor and director Carolyn Ratteray is a Daytime Emmy-nominated actress who joined Pomona College in 2016 as a tenure-track faculty member. A first-time Wig Award winner, Ratteray has worked in off-Broadway and regional theatres as well as in television and commercials. She’s served as moderator for on-campus speakers such as Seinfeld’s Jason Alexander and has directed numerous student plays during her time at Pomona such as Midsummer Night’s Dream and In Love and Warcraft.

Professor of English and Africana Studies Valorie Thomas has taught at Pomona since 1998 and specializes in Afrofuturism, Native American literature, African Diaspora theory and decolonizing theory. Thomas also studies film and visual art, has an ongoing interest in the connections between writing, art and social justice and is a screenwriter. This is her second Wig Award.

Onetta Brooks '74, past president of the Alumni Association Board
END_OF_DOCUMENT_TOKEN_TO_BE_REPLACED
© 2020 Pomona College