Going the Distance at the NCAA Track Championships 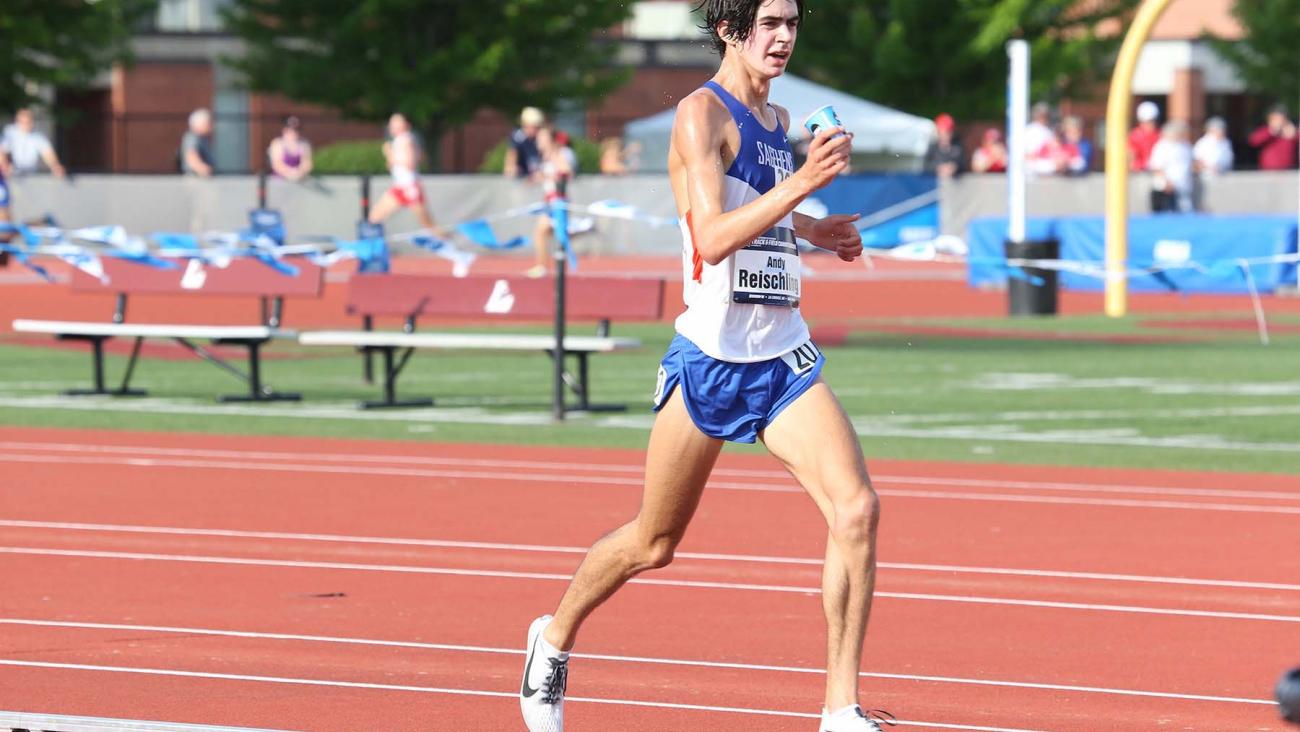 The mind of a distance runner is a little bit different. It has to be, with some runners logging 75 or even 100 miles a week.

“I think you have to be really, really weird to be a distance runner,” says Andy Reischling ’19, who leads a strong contingent from Pomona-Pitzer into the NCAA Division III track and field championships Thursday through Saturday in Geneva, Ohio. “It’s funny, even the way we train, the common measuring unit is pain. So you run your workouts and are like, ‘OK, how bad did it hurt?’”

Reischling has company in his misery. A stellar group of distance runners is the foundation of a Sagehen men’s team that was ranked as high as second in the nation in Division III this season and enters the NCAA meet ranked ninth.

“Pain is a big part of it, being able to hold up to it,” says teammate Danny Rosen ’20. “To be able to push like that, that’s part of why having a team is helpful, knowing that everyone else is doing the same thing. Everyone else is pushing through all the pain of running.”

Reischling, an All-American in cross country last season and a three-time All-American in track, has the second-fastest time in the nation this season among Division III runners in the 5,000 meters at 14:06.71, and the fifth-fastest in the 10,000 at 29:52.02. He owns the school records in both events, with the 5,000 mark this season and a 29:51.57 in the 10,000 last year. (UPDATE: Reischling finishes second in the 5,000 and seventh in the 10,000 at the NCAA meet, adding two more All-American honors.) Rosen, an All-American in track two seasons ago, has the fastest Division III time in the nation in the 3,000-meter steeplechase this season with a school-record 8:51.64. (UPDATE: Rosen adds All-American honor by taking third in the steeplechase at the NCAA meet.) Both athletes credit their teammates and each other for setting the pace.

“He’s kind of shown us what’s possible as far as what times we can expect to run and what we can do on a national stage,” Rosen says of Reischling, who finished third in the 5,000-meter race and fourth in the 10,000 at the NCAA meet last year.

Having someone to talk to during all those training miles makes a difference, Reischling says.

“I think kind of the only way you can survive is if you're around other people.”

Reischling didn’t realize he had any talent for running at first. Although he comes from an athletic family – his father played tennis at the University of Washington and one of his sisters will be on the soccer team there this fall – he finished last in his first race as a youngster. But that was a sprint. In 5th grade, he ran his first mile race, still wearing his school uniform.

“I didn’t think to change, so I ran it in khaki pants and a polo and I won. I was like, ‘Oh man, I’m pretty good at that,’” he remembers.

Rosen grew up in Chicago, a place that can limit a runner’s enthusiasm.

“In Chicago in the winter, it’s really hard to motivate yourself to go out and run,” he says. “But here, it’s just so nice all the time that running becomes a lot less of a chore.

“In Chicago, we have one trail called the Lakefront Trail that you get to run next to the water. That’s great, but it gets a little tiring and boring. Out here there are all the hills. There’s so much to see. You can run to places or you can drive out to nice trails. It’s an awesome place to run.”

A math and computer science major who plans to work in the technology industry before possibly pursuing graduate school, Rosen still has another year at Pomona.

For Reischling, who graduated Sunday, this is the last go-round. An English major with an interest in entertainment media and sports, he interned for Vertigo Entertainment reading scripts this spring and has lined up an internship with a documentary company this summer as he interviews for other jobs, including one with ESPN.

Running has required both an ability to focus and “a weird level-headedness too,” he says.