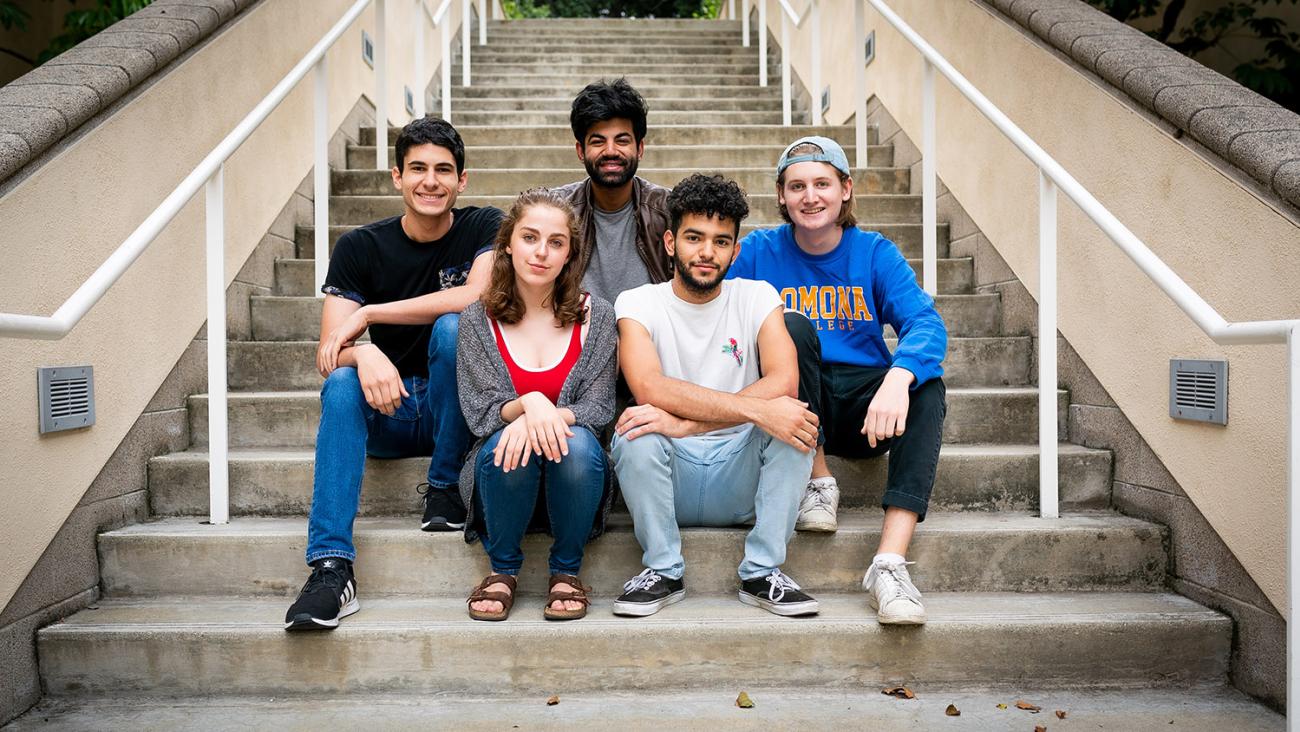 The Hollywood Fringe Festival, an annual three-week celebration of theatre with more than 400 shows, is in full swing this month. And, for the first time, among those productions are ones brought to the stage by five Pomona College students, in collaboration with other students from The Claremont Colleges.

Theatre Professor Jessie Mills proposed the idea of students submitting their plays to the festival on the first day of her Devising Theatre class. Several students in the class leapt at the opportunity to self-produce in a professional sphere, and they hit the stage running at full creative speed. Mills says she and the theatre department couldn’t be more pleased with the students’ enthusiasm and execution.

Participation in the Hollywood Fringe Festival is open and uncensored and has a first-come-first-served system.

Students had to negotiate contracts with venues for dates and times for their show. In addition, students get 15 minutes for set up and break down before and after each show.

“I call these limitations ‘liberating constraints’ because it helps the students pare down to the bare essentials of their work,” says Mills. “Self-producing is quite an undertaking, and we’re just thrilled that they want to make work and bring it into a professional sphere.”

Pomona students Ally Center ’21, Roei Cohen ’21, Alex Collado ’20, Noah Plasse ’21 and Abdullah Shahid ’19 are behind a show titled “How to Adult,” a serio-comedy in the style of hyperrealism in which five friends gather on a summer evening to celebrate a big accomplishment. During the party both tensions and truths emerge as the friends come to terms with who they were, who they are and who they are about to become. Recent graduates Rachel Tils ’19 and Jonathan Wilson ’19 were also involved in the projects as directors.

Much like raising a child, the proper care, feeding and finally launching of a play into the big, wide world are anything but predictable — both in process and in outcome. Plasse found the experience, from conception to completion, stimulating, intense and rewarding. It was also surprising. “At the end of the Devising Theatre class,” he says, “while we had experimented with a lot of different devising tools, we still had no idea what our show would be.”

Cohen, a theatre and computer science double major, agrees that getting the show to stage was an adventure with many twists and turns, but what made it a great adventure was that it was a group effort. “It is probably not the show that any of us imagined at the start, but it is the beautiful product of the process of gelling as an ensemble that we all went through collectively,” he says.

Shahid, who graduated last month, wouldn’t have even dreamed of being in L.A. four years ago, let alone acting. Growing up in Pakistan there was a lack of a theatre community, he says, and now he can’t believe he’s acting in a show playing in Hollywood. “The courage I needed to be able to participate in these projects and think myself worthy of doing these shows, despite having significantly less theatre background than my peers, comes from my professors and my friends,” he says. And this kind of support, he notes, comes not just from the theatre department, but from all the different majors and disciplines available to Pomona students.

When the curtain closes, Center, a theatre major, is leaving the Hollywood Fringe Festival with a vital life lesson from the experience of this creative collective venture. “The most important thing I learned from this experience was to trust myself,” she says. “I felt a lot of self-doubt at the beginning about my performance capabilities and the value of my ideas.” She adds that she still struggles, but the group’s support reminds her of the worth of her presence and contributions.

Collado believes that a liberal arts education at Pomona allowed him to explore different facets of his identity and wildly diverse passions, and as a result he is more multifaceted and dynamic as an individual. “Not only am I a theatre and math double major thanks to Pomona,” he says, “but I am on my way to becoming a fully-fledged adult, complete with personal growth from failure and success alike and full of experiences that could not have been afforded with education from a different institution.”

Other Claremont Colleges productions showing at the Hollywood Fringe Festival include “Dear Mom, Sorry for Being a B!tch” by Christine Covode PZ ’19 and “Catharsis” by Megh Gwin SC ’19.

A Hirsch faculty grant covered the cost of the entire fringe participation for all three productions, including the registration fees, theatre rentals, transportation and props.

“Creating and producing this work is truly at the center of the liberal arts; these students pulled from a myriad of sources, experiences and materials to collaboratively synthesize their ideas into one cohesive vision,” says Mills. “We as faculty give our student tools to thrive so that they can become the innovators and visionaries in their fields. I’m so proud of the work they’ve created both inside and outside of the classroom.”

Onetta Brooks '74, past president of the Alumni Association Board
END_OF_DOCUMENT_TOKEN_TO_BE_REPLACED
© 2020 Pomona College