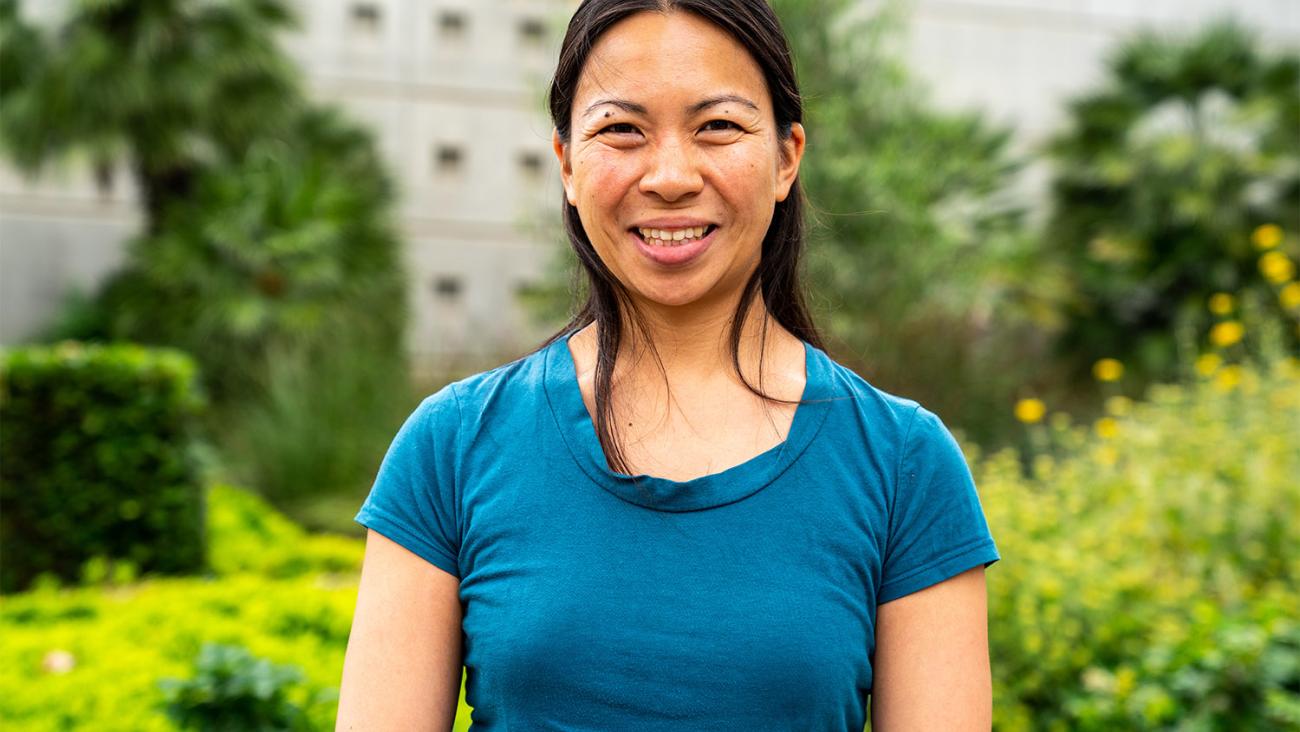 Pomona College Chemistry Professor Jane Liu has been awarded a $378,600 grant from the National Institutes of Health (NIH) to support her research on Vibrio cholerae, the bacteria that causes cholera disease. The grant will provide funding for three years of continued research on the molecular circuitry that allows the cholera bacteria to adapt and survive between infections and epidemics in humans.

Cholera, a bacterial disease usually spread through contaminated water, can be fatal if left untreated. Although the disease is rare in the U.S., there are up to 4 million cases a year in Africa and Southeast Asia, according to the World Health Organization.

“We know how to prevent cholera – we need clean water,” says Liu, who has been studying cholera in her lab since 2009. “Those of us researchers in the cholera field are trying to understand how it persists outside of humans. It can hang out in ponds, water systems, for a long period of time. Essentially, these bacteria have become great at surviving and we want to know what they are using in order to persist.”

Liu and her students know through their studies that Vibrio cholerae needs to feed on carbon sources to thrive. Under lab conditions, the team mimics outside conditions and keeps track of differences observed based on the bacteria’s assigned carbon source such as glucose, sucrose or mannitol. “Ultimately we’re trying to create a model of what’s necessary for these bacteria to grow under varying conditions,” says Liu.

According to Liu, many types of bacteria function like cholera, so she hopes what she learns about Vibrio cholerae can help better understand other pathogens. Especially when it comes to the field of emerging pathogens.

Even though Liu’s educational background lies in chemistry, her research interests have always had human health relevance. As an undergraduate, Liu had plans to follow a pre-med track with the idea of eventually becoming a medical doctor. Those plans were derailed in college when she volunteered at a hospital and found that she felt lightheaded at the sight of large amounts of blood. She took that as a sign that medicine wasn’t in the cards and continued studying chemistry with a focus on research and academia instead.

Most researchers in the cholera field have their training in microbiology. Liu tends to be a bit of an outlier with her chemistry background. Liu’s research experience in molecular microbiology, including at Tufts University School of Medicine, put her at the interface of chemistry and biology. “I still think a lot like a chemist but the stories I’m telling are very biological.”

The NIH funding enables a substantial upgrade to Liu’s laboratory’s equipment for detecting biomolecular interactions, support for additional analyses to be performed by outside laboratories, full stipends and laboratory supplies for a total of six student research assistants to work with her for three summers and a full-time post-baccalaureate research assistant.

Although most students working in Liu’s lab are chemistry or molecular biology majors, she notes that a science major is not required to be a student in her lab. “I’ve had an art major and currently have a gender and women’s studies major in my lab. In both cases they are pre-health students, so they’re taking science classes and have a general interest in human health, but they’re not specifically science majors.”