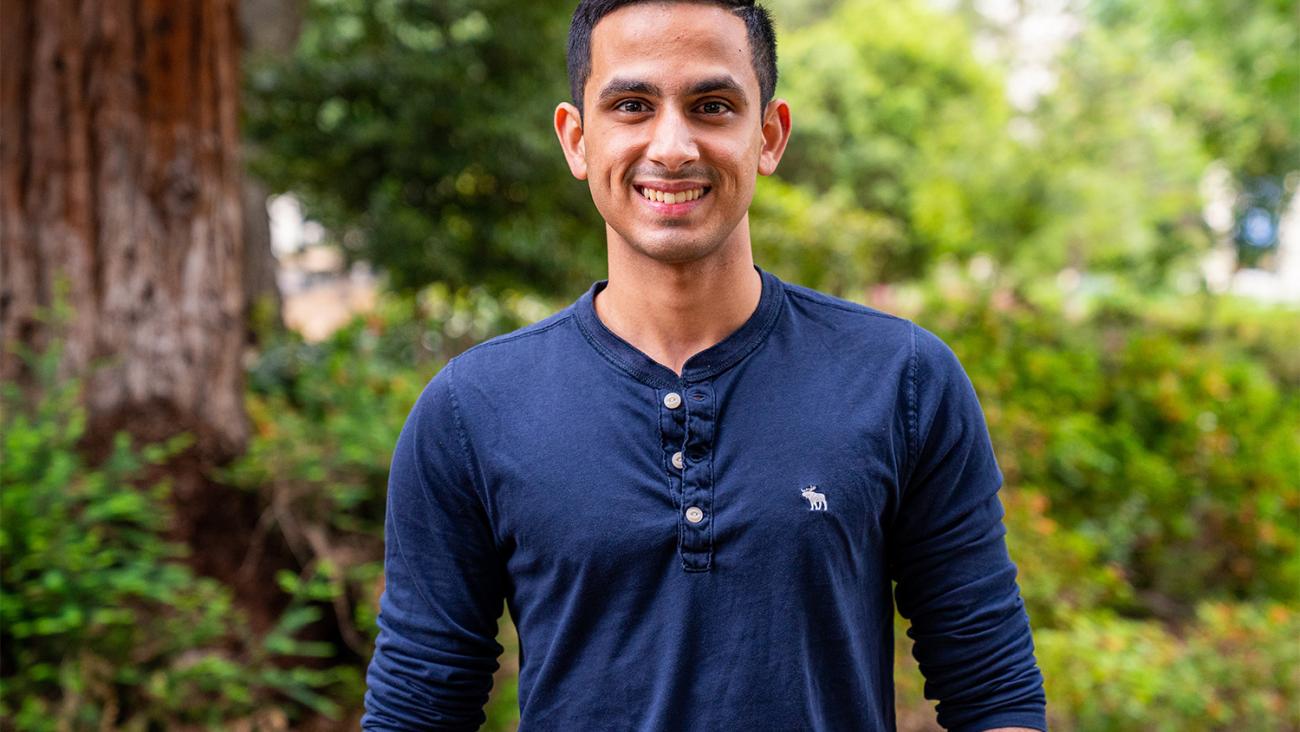 Arhan Bagati ’21 was attending the 2015 Paralympic National Games in his home country of India with a few of the athletes when he noticed something he couldn’t ignore. The majority of the athletes were in wheelchairs, but there was no ramp. “So, they were literally crawling up the stairs,” he recalls.

Bagati, a track and golf athlete himself, was baffled that international-level athletes and world record holders had no access. He recognized disabled people across India and around the world faced this issue.

Bagati had an idea of what he could do: develop a mobile app that guides Paralympians to locations that are accessible, including restrooms, restaurants, movie theatres, government buildings, public parks and more. Among its features, the app would give the place, address and contact information as well as, in cities outside India, provide opportunities for the disabled Indian diaspora in the host city to connect with the athletes competing in the games.

Now a game of another kind started. The goal? Get corporate sponsorship to fund the creation of the app. While his entrepreneur father helped him make some connections, he aimed high, contacting Boeing India, Nike India, Audi India, Educomp India, ITC Hotels and other big corporations. Bagati appealed to companies’ commitments to corporate social responsibility and made presentations to their boards.

Sending cold emails and speaking to high-level executives don’t come naturally to Bagati. He says he was an introvert for most of his life, shy and scared of public speaking. But after attending the games, and with moral support from family and friends, he was spurred out of his self-consciousness.

“My problems are significantly less than theirs,” Bagati would say to himself, “And nobody is taking up their cause, for whatever reason, but nobody is. Something has to be done.”

Bagati got it done and got the necessary funding. One year later, when he was 16, InRio, an app designed for the Indian contingent for the 2016 Rio Paralympics Games in Brazil, was born. The launch made a media splash thanks to the big-name sponsors that signed on.

Now he’s launched a new app of the same kind: the IndTokyo app for the 2020 Tokyo Paralympic Games next summer is now available on iTunes and Google Play. He also has a web platform, letsenable.com, for India’s capital region, Delhi. He describes it as a Yelp or Zomato for the disabled, listing accessible public places.

Bagati notes that an able-bodied badminton Olympian could achieve fame and fortune, but a Paralympian double world record holder in javelin throwing would remain unknown. Which, in India, means a major gap of funding and support for the Paralympians.

“It doesn't sit well. It should be equal, at least,” says Bagati.

For his effort and passion, the Paralympic Committee of India (PCI) appointed him as their awareness and impact ambassador and he has been nominated to the development committee of PCI to scout for talent across the country. Bagati says his job is to “promote, promote, promote” both the games and the athletes.

Bagati thinks big and thinks global — and he says a small college like Pomona is exactly the right place for him to be because it both suits his nature and opens wide his future. The politics major says he loves the freedom to explore all disciplines and think broadly about a host of topics. For him, the vast knowledge he has gained has built a firm foundation, with a lot of information to build on.

One way that Bagati is using that information is through writing. He has written four op-eds published by Indian newspapers, all results of learning how “to analyze everything” since coming to Pomona, he says.

Those analytic skills serve him well as an advocate for the disabled. Everywhere he goes he surveys how accessible it is, he says.

On a flight from New York to California, the head flight attendant came and thanked Bagati for the InRio app because his brother is disabled. Bagati was surprised that something he’d done for the Rio games was felt States-side.

“If they believe that it's actually doing some good or even if it's a little good, that's been motivating me even more, especially when the athletes come up and say, ‘Thank you for that. It's good.’ So that's touching.”

Onetta Brooks '74, past president of the Alumni Association Board
END_OF_DOCUMENT_TOKEN_TO_BE_REPLACED
© 2020 Pomona College