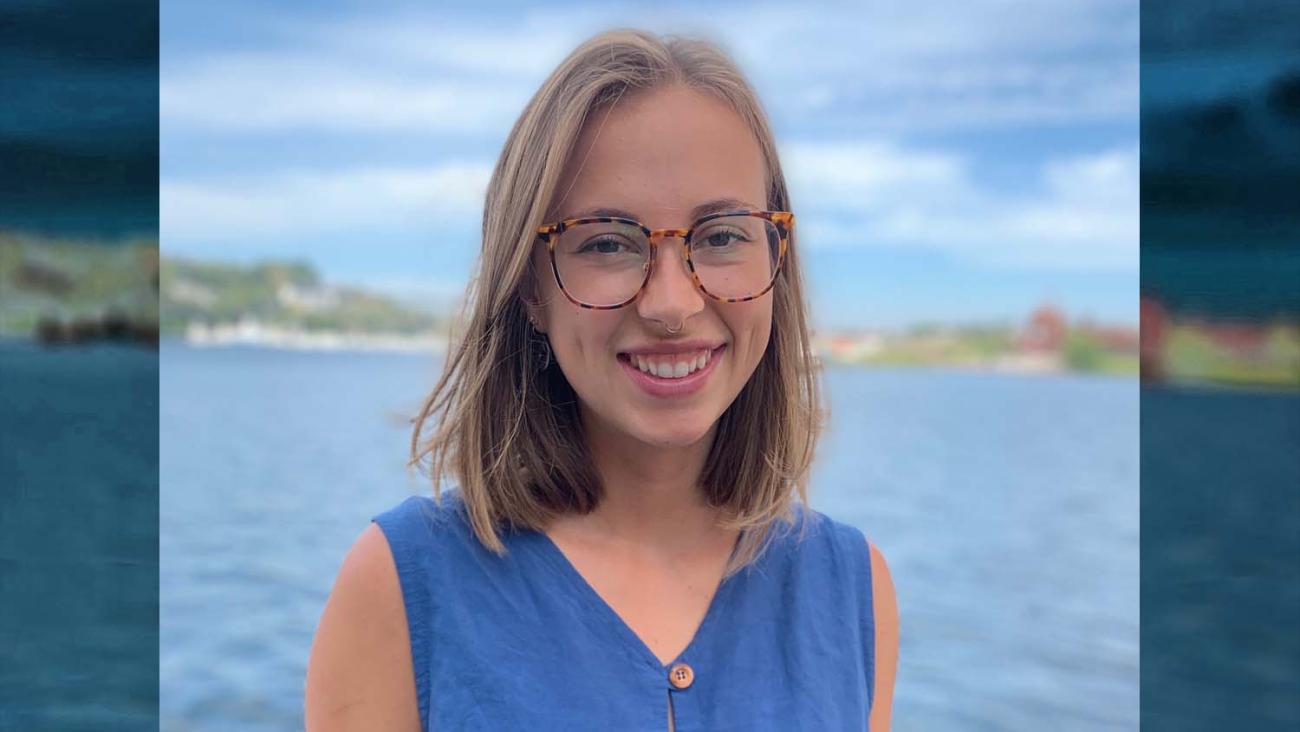 As a young child, Seattle native Sara Sherburne ’19 spent a lot of time exploring in the San Juan Islands off the coast of Washington. In the absence of TV or internet, she wandered the island poking dead jellyfish, terrorizing small crabs and climbing trees.

“Experiencing natural spaces filled me with this feeling of wonder, humility and quietude that I think provided a foundation for my later academic and life interests in environmental issues,” says Sherburne. “As I grew I also began to see the ways in which our human footprint was growing, evidenced by things like litter, oily lakes and shifting growing seasons.”

Her senior thesis, “Let’s Get Sorted: The Path to Zero Waste,” assessed the status of waste production and diversion at Pomona College and identified opportunities to move the College toward its 2030 zero waste goal. Sherburne’s work was recently recognized by the Association for the Advancement of Sustainability in Higher Education (AASHE) as a one of six “Campus Sustainability Research Award” national winners.

“Given the growing global trash crisis and its grave environmental, social and economic consequences, the zero waste movement argues for a holistic shift from ‘end of pipe’ disposal practices to those that promote the cyclical use of materials, with little-to-no matter ending up in the landfill or incinerator,” says Sherburne. “One of the reasons I chose waste is because it’s a tangible issue–it’s pretty hard to deny the existence of landfills and giant ocean garbage patches, so it’s something that can be tackled with measurable goals and results.”

Many years later, her environmental analysis program at Pomona and her semester abroad in Cape Town, South Africa, further shaped her views on sustainability as a complex issue of social, economic and environmental principles in an interconnected, globalized world. Her work in the College’s Sustainability Office as an EcoRep and her experience mentoring middle and high school students through the College’s Draper Center for Community Partnerships furthered her interest in exploring practical applications of sustainability. For her senior thesis, she opted to work within a system that was familiar to her, where she believed she had a chance to instill some change.

Sherburne recommends in her thesis various infrastructural, political, educational, data-driven and cultural changes to reduce waste at Pomona and to transform students into conscientious resource-users on campus and beyond.

Some of these proposals are starting to take shape, such as an established partnership program between the Sustainability Office and Sagehen Athletics to reduce waste, getting compost bins added to College work-order forms, collecting more accurate and detailed waste data, organizing educational initiatives, designing new bin signs and working with grounds and housekeeping staff to make changes to waste bins on campus.

This year, AASHE received more than 350 entries in four categories. Winners, including Sherburne, will be recognized in October at the annual AASHE Conference & Expo in Spokane, Washington. Entries were judged on overall impact, innovation, stakeholder involvement, clarity and other criteria specific to each category.

Sherburne is thrilled that her sustainability work was recognized but will not be able to attend the AASHE conference. She has a good reason.

“I am joining the Peace Corps in Paraguay to work in the environment sector,” says Sherburne. “This will involve collaborating with different actors in the community like elementary schools, youth groups, women’s groups and farmers on environmental awareness and action. Though I won’t know exactly how I will be involved in projects until I get there… I’m super excited for this next stage!”