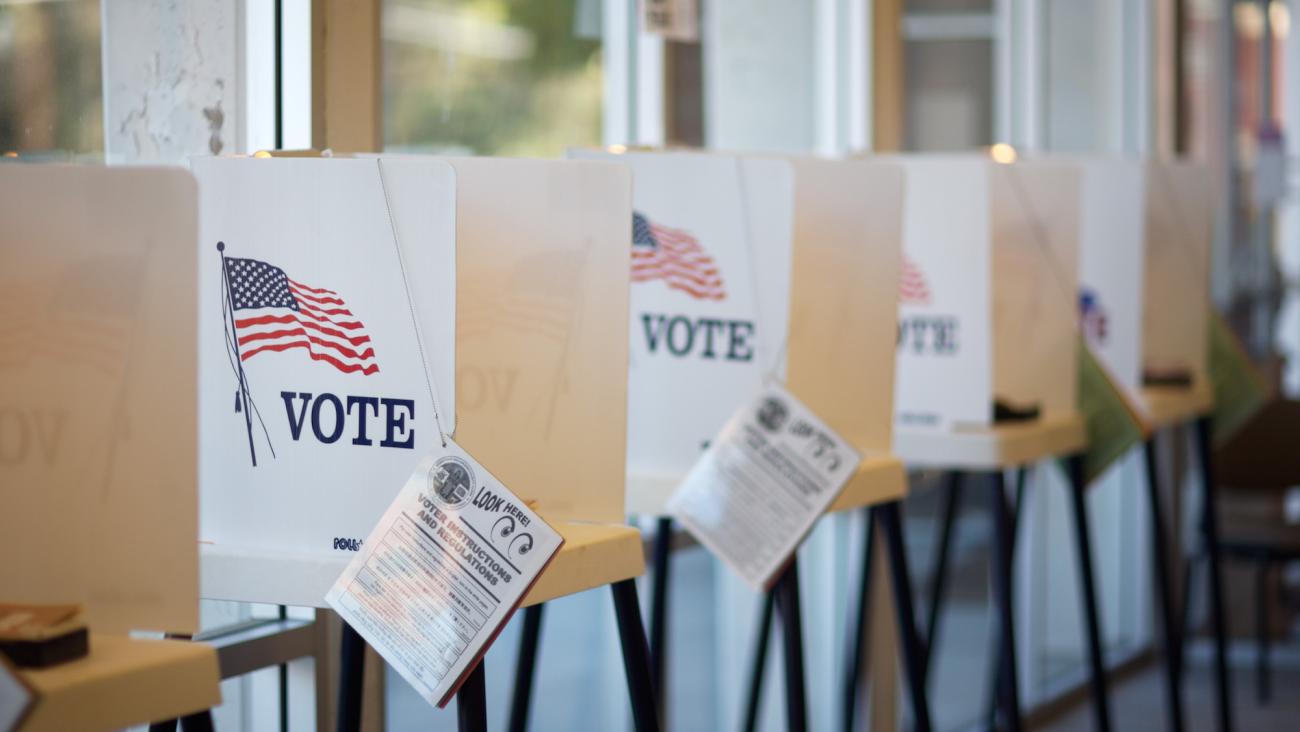 Story Date:
A row of voting booths.
Photo by:
iStock

Voting rates across U.S. colleges and universities doubled from 2014 to 2018 as national turnout surged overall. Pomona College’s 50.4 percent voting rate far surpassed the national average of 39.1 percent, and it came amid an intensive voter registration and participation drive initiated by students.

“Excitement among young people was crazy high for midterm elections. But beyond that, we worked hard to make it easier for Pomona students to vote, to register, to overcome the barriers that too often limit participation. I believe the strategy we implemented helped push us 11 points beyond the national college average,” says Lucas Carmel ’19, one of students co-leading efforts to get out the vote at Pomona College.

Starting in the summer of 2018, a group of students at Pomona College led by Carmel and Michaela Shelton ’21 began to organize a non-partisan effort to get out the vote. The students also joined the ‘All In’ Campus Democracy Challenge, a national awards program that encourages colleges and universities to increase student voting rates.

In an article published last fall, Carmel shared the group was aiming to get at least 75 percent of eligible Pomona College students registered and 30 percent voter turnout for the midterm elections.

Working during the fall semester of 2018, this group of about 20 student volunteers began reaching out to their peers via text or Facebook Messenger reminding friends and fellow classmates to register to vote or request a mail-in or absentee ballot if needed.

The results are gratifying for Carmel, “So many people worked to promote voting on campus last fall and today we get to see proof of just how successful that effort was. I think Pomona’s status as a leader in college voting has been cemented. The challenge now becomes how do we maintain and continue to promote voter engagement on campus.”

The student volunteers counted on the support of the College’s Politics Department and were able to set up in the basement of Carnegie Hall where they set up operations to draw up lists of students and fire off messages via text and Facebook.

Shelton and Carmel also used online tools like TurboVote, that helps users take the first step to register to vote and/or request an absentee ballot.

“The level of political engagement that existed on campus prior to our partnership with TurboVote is the reason why I believe Pomona’s rates are above average,” says Shelton. “The volunteer team worked diligently to maximize how politically engaged students already were and to reduce barriers to voting which is why we saw such an amazing turnout.”

She adds, “Going forward it is crucial to make sure that this culture of civic engagement Pomona has established does not die out, and such an effort will require collaboration between faculty, staff and students.”