Prof. Mietek Boduszynski Discusses the Role of the U.S. in Democracy Promotion in New Book 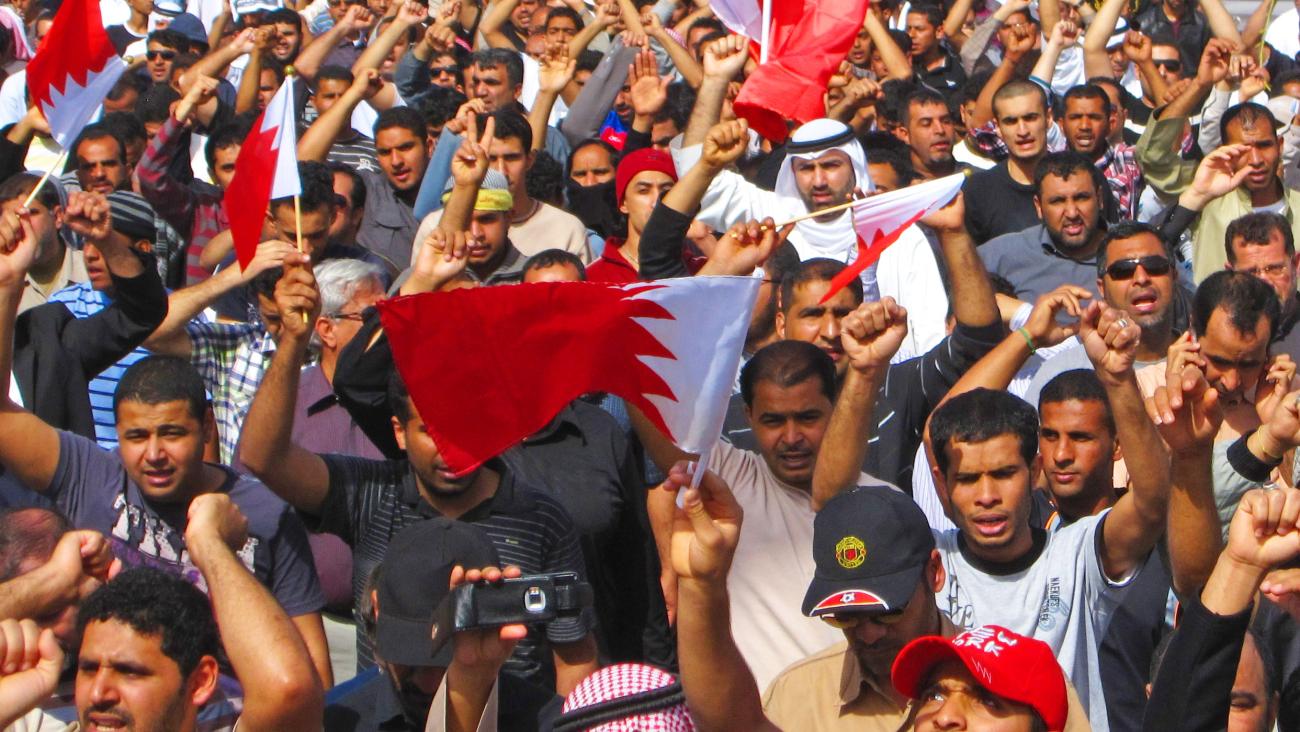 As a former diplomat, Pomona College Politics and International Relations Professor Mietek Boduszynski witnessed U.S. democracy promotion efforts at embassies around the world. In Egypt and Libya in particular, he witnessed a historic democratic opening and the response from the U.S.

In his latest book, U.S. Democracy Promotion in the Arab World: Beyond Interest vs. Ideals, Boduszynski provides insights into forces that shaped an initial U.S. embrace of Arab democratic aspirations followed by a retreat from democracy promotion.

In the following Q&A, Boduszynski provides historic context of American foreign policy efforts in democratic transitions and also examines the initial consequences of the Trump Administration's abrupt retreat from democracy on the world stage.

Historically, what role has the U.S. played in promoting democracy abroad?

Since the presidency of Woodrow Wilson in the 1910s, the U.S. has fashioned itself as a country whose foreign policy reflects its values, and not just its interests. Though some critics may claim otherwise, I think that U.S. democracy promotion is not just rhetoric. The U.S. has long promoted democracy and human rights, and even does so under the Trump administration, though the importance assigned to democracy promotion has been significantly rolled back.

In its most ambitious and successful effort at democracy promotion, the U.S. helped build democratic institutions in Japan and Germany after World War II.

Democracy and human rights activists around the world have always looked to the U.S. for support. I experienced that repeatedly in my previous career as a U.S. diplomat.

However, the implementation of democracy promotion policies has been highly inconsistent. All too often during the Cold War, the U.S. actually prevented rather than promoted democracy by supporting right-wing dictators who were friendly to the U.S.

Is it the U.S.’s role to promote democracy given its sometimes conflicting interests?

I strongly believe that U.S. interests are never served by supporting autocrats and autocracies, because such regimes are inherently unstable, especially in the Middle East. Perhaps, China may yet prove that hypothesis wrong. But even in China the facts are that the leadership prevents free speech and has set up an extensive surveillance apparatus. Are these the actions of a regime that is confident, and has broad legitimacy? I think not. Autocratic stability in China is not a foregone conclusion, in other words.

Even if we agree that U.S. policy should not support autocrats, democracy promotion policies cannot be one-size-fits-all. There are a range of tools the U.S. can use—from bilateral and multilateral diplomatic pressure to sanctions and withholding of assistance to technical assistance with elections—and each country needs to be treated differently. For example, democracy promotion in Latin America needs to be approached more delicately given the history of U.S. intervention and support for repressive regimes in that region. And yes, we have other fish to fry with a big power like China, so we cannot make democracy promotion the only policy in the mix. But if we can say something about the Hong Kong protests, or the Uighur situation, we should.

What inspired you to write this book?

I decided to write this book after witnessing the Arab Spring and the U.S. response to it up close, serving as a U.S. diplomat in the region at the time. Specifically, what I saw as President Obama’s contradictory policies toward Libya in particular was a professionally and intellectually searing experience for me: a humanitarian intervention followed by the failure to follow up on it. I worked in Libya and saw this policy evolve in a negative direction. But more broadly, as a political scientist, I wanted to explain how, why and when the U.S. chooses to promote democracy. I knew from my service as a diplomat that human factors are an important part of the story. So, for the book I interviewed many decision-makers from the Obama administration to show how individuals influence democracy promotion policies. I also understood that bureaucracies and institutions matter, so they play another important part.

What can the U.S. learn from its involvement in the Arab Spring?

One thing we learned is the following: Just because things didn’t go as planned in many Arab countries, it doesn’t mean the U.S. had no influence in these situations. Or worse yet, that these countries were better off under dictators.

One lesson detailed in the book is that it is impossible to say that the U.S. had no influence for the simple reason that it never meaningfully tried to pursue democracy promotion at key junctures. For example, when the Egyptian military carried out a coup against a democratically elected president in 2013, the Obama administration decided not to even call it a coup, and quickly restored withheld assistance. In other words, the administration caved. While Obama criticized the coup to some degree, the Egyptian coup-plotters read the lack of will in Washington to meaningfully stand behind democracy and called the U.S. bluff. And now we have a new round of protests in Egypt against the highly repressive regime that came out of that coup. Among other things, that regime promised to improve living standards, but most Egyptians continue to live in poverty. While Obama’s response may have been tepid, the Trump administration has fully embraced autocratic rule in Egypt.

What role does democracy promotion play in President Trump’s administration?

At the White House level, a regrettably minor role. President Trump and some of his top advisors have not only dismissed democracy promotion, but in fact have lavished praise on autocrats like President Abdel Fattah el-Sisi of Egypt—something that the President did again just recently at the United Nations. And yet lower levels of the bureaucracy continue to pursue democracy promotion in certain countries. For example, the State Department played an important role in brokering a deal between the military and opposition in Sudan following the fall of former strongman Omar al-Bashir. In the book, I discuss how bureaucratic actors can be either champions or obstacles to democracy promotion, the President’s preferences notwithstanding. But to answer your question more directly, I would say that we are at one of the worst moments ever for U.S. democracy and human rights promotion. And it is also clear that autocrats are emboldened by the White House’s indifference. For example, would the Saudi regime have ordered the killing of dissident journalist Jamal Khasshogi if it thought the White House would not have its back?

What are some countries that are currently fighting to preserve their democracy?

There are movements in a number of countries which have democratization as their goal – from Cambodia to Russia.

Let’s not forget about Hong Kong, which is a territory with a special status. While China has formal sovereignty over Hong Kong, Beijing had promised its people that a long tradition of free speech and independent institutions would be upheld. When those promises were not kept, Hong Kong protestors cried foul, especially over an extradition law that would have sent Hong Kong residents to China’s dismal judicial system.

Yet, even after many weeks of ongoing demonstrations, Trump’s White House has not publicly criticized Beijing’s policies in Hong Kong. And why not? It’s not like U.S.-China relations are great right now. As I said earlier, when an autocratic government knows it has the support of a U.S. President, it feels more empowered to carry out repressive policies.