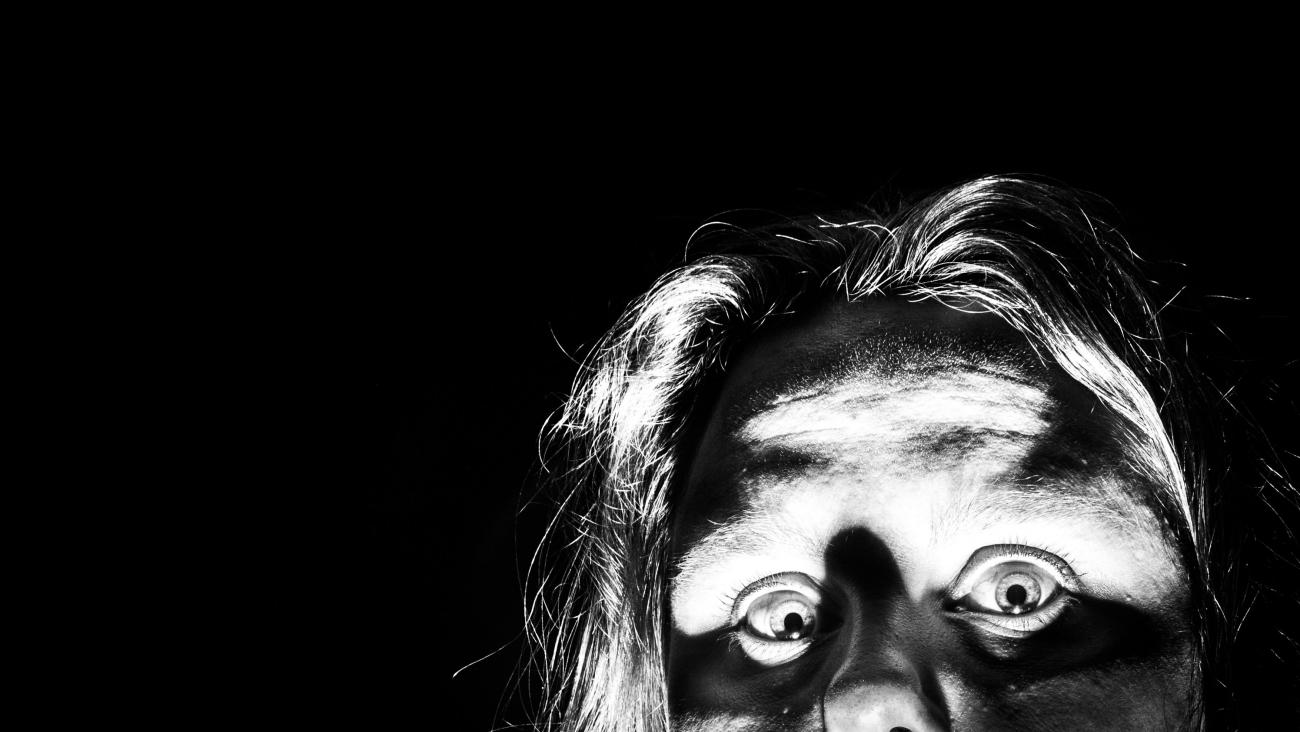 Each year, Halloween brings with it a slew of new horror film releases. Our seemingly insatiable cultural appetite for horror is by no means a new phenomenon, but rather one that hundreds of years of story-telling have catered to.

How has the horror genre proved so adaptable and relevant through time? Pomona College Assistant Professor of Media Studies Kevin Wynter, who specializes in the horror genre, offers insight into its definition and evolution as a genre and offers recommendations on must-watch horror movies this spooky season.

How would you define the horror genre?

One question that has guided much of my early research into horror films – their dominant structures, formal patterns and thematic motifs – pertains to how they actually make us feel. I ask: Do horror films truly inspire the feeling of horror or do they actually inspire some other affect on the spectrum of negative feelings? One of the most striking discoveries for me was the pervasive conflation of the terms “horror” and “terror.” In trailers for upcoming films, in posters and other marketing materials, in popular film criticism and even scholarly journals, the terms “horror” and “terror” are often used interchangeably as synonyms, despite the fact they refer to very different realms of human experience.

Remarkably, in the context of horror studies, the difference between horror and terror and the unique range of feelings each term signifies was a pressing point of interest. Arguing for the distinctions between horror and terror was crucial to the critical reception of Gothic literature dating back to the late-18th century. A debate concerning the value of distinguishing between the terms “horror” and “terror” developed alongside the increasing popularity of the Gothic genre. By the time the first Gothic adaptations appeared on film the term “horror” had been reduced to a generic trope used to signify a whole sphere of undifferentiated abnormalities and a range of possible encounters with them. As the Gothic tradition began influencing other artistic practices, the perversion and misunderstanding of “horror” continued to the point where making a distinction between horror and terror in the popular imagination was utterly lost, a fact that continues to this day.

Horror in the popular imagination and in everyday vernacular does not align with the concept and feeling of horror proper as it has been written about and understood in continental philosophy and critical theory where horror is a foundational concept. Terror is an external phenomenon bound up with space, spectacle and the proximity of a threat; its temporality is the here and now. Nearly all “horror” films operate under the premise that there is an impending threat that must be confronted and defeated. Conversely, horror is an internal, metaphysical phenomenon linked to time, absence and memory; its temporality is of the unspeakable past or the unnamable future. This is considerably more difficult to capture in narrative cinema. In sum, what we call the horror genre, to my mind, is actually the terror genre.

How do works of horror reflect the societies in which they are made?

I had the great fortune of having Robin Wood as a dear friend and mentor while completing a master’s degree in film studies at York University in Toronto. Robin’s contributions to the serious study of American horror films cannot be overstated. One of his great contributions to the study of the horror genre is his emphasis on the role of repression. In his work, Robin repeatedly points out that two forms of repression characterize all societies: basic repression and surplus repression. Basic repression is universal, necessary and inescapable. Without basic repression we would not be capable of delaying gratification, experiencing empathy for others as a value above and beyond self-fulfillment, nor would our capacity for thought and reflection have exceeded base animalism.

Surplus repression, on the other hand as Robin puts it, is specific to a particular culture and is the process whereby people are conditioned from earliest infancy to take on predetermined roles within that culture. So, in a nutshell, basic repression is universal and surplus repression is culturally specific. As an example of the latter in the context of our own Western cultural experience, Robin claims that, surplus repression makes us into monogamous heterosexual bourgeois patriarchal capitalists. Now, as Freud was kind enough to reveal to us, all that is repressed must eventually return in one form or another. It is within this matrix of culturally specific surplus repression and the return of the repressed that horror films reflect the traumas, guilt, pressures and fears of the societies in which they are made in the form of monsters.

If you want to get a sense of the anxieties and fears of any particular culture at any given moment in history, just take a look at the monsters populating its horror films. I think one of the sharpest observations Robin shared with us, and one I firmly believe to be true (I am paraphrasing here), is that horror films would make no sense in a society that was not prepared to enjoy and surreptitiously endorse the working out of its own destruction.

Why has the horror genre proved so adaptable to shifting historical contexts and political climates?

Traumatic ruptures in socio-political life – war, revolution, political unrest – bring about significant shifts in cultural production. Horror films can be powerful reflections of such traumatic ruptures. Historically, horror films tend to flourish in periods of moral crisis and cultural degeneracy. The 1970s is unquestionably the gilded decade of the American horror genre with the release of films like The Exorcist (1973), The Texas Chainsaw Massacre (1974), Carrie (1976), The Last House on the Left (1972), and The Omen (1976). These horror films were produced and distributed in a moment of acute social and political crisis in America in the wake of the assassinations of John F. Kennedy, Robert F. Kennedy and Martin Luther King, and against the backdrop of the Vietnam War, Watergate and the Civil Rights Movement. This is not to say that horror films have a mandate to explicitly speak to the traumas and catastrophes of a given epoch, but it is not a coincidence that the popularity of horror films spikes in phases of social and political disturbance and realignment.

How did you become interested in studying horror through an academic lens?

Rather haphazardly, if I correctly recall. At Berkeley, I had intended to work on a dissertation examining the elision of male identity in American pornography through the rapid development of video technologies in the late ’70s and early ’80s.

After some discussion with my advisor, we agreed that that might be a project best set aside temporarily. I turned my attention to a phenomenon that had emerged in European art cinema in the early ’90s commonly called “new extremism.” First used by film critic James Quandt, “new extremism” was intended as a pejorative term to name a turn to explicit violence and graphic sexuality in the work of a new vanguard of European filmmakers, namely Francois Ozon, Bruno Dumont, Philippe Grandrieux, Catherine Breillat, Lars von Trier, Ulrich Seidl and Michael Haneke. Films of the new extremism are characterized visually by explicit and brutal sex, and graphic or sadistic violence, but they are also distinguished from other contemporary iterations of violent and sexually explicit cinema in their concerted practice of provocation as a mode of address.

Immediately, I recognized that these films were not mindlessly wallowing in blood, sex and gore, but were the natural inheritors of the radical spirit of the ’70s American horror films. My early research into horror set out to make this connection clear.

What is the most unsettling horror film that you've ever seen? Why was this film so disturbing?

Ha! I have seen many horror movies, many of which I found unsettling. There are two titles that come immediately to mind when I think of the times I felt genuine shock watching a horror movie (outside of Gaspar Noë’s Irréversible [2002]). The first is Bruno Dumont’s Twentynine Palms (2003) and the second is Pascal Laugier’s Martyrs (2008).

In the case of Twentynine Palms, I really don’t think I knew what I was getting myself into. I wandered into a screening of the film in 2002 at the Toronto Film Festival somewhat randomly and it is not an understatement to say that it changed me. By the end of the film half the audience had either left the theater in outrage or had stayed to rise and shout profanities at the director who was in attendance. With Martyrs, I knew what I was there for, but did not anticipate the film would turn in the directions it did. It was and remains one of the very few horror genre films that consciously aims at capturing and expressing the experience of horror proper.

Can you provide a list of 10 horror films to watch in honor of Halloween?

There are the obvious horror movies that anyone who even remotely enjoys the genre should see like The Texas Chainsaw Massacre, The Exorcist and Friday the 13th(1980). Alternatively, here is a list of horror movies many may not have heard of or seen, but they all have a jaw-drop factor of 10 (in no particular order):

What do you anticipate for the future of the genre?

We need to only look at the looming crises we are collectively facing to know where the horror genre is heading. I foresee horror films in the near future taking up issues of unresolved racial tensions, planetary eco-disaster and the ever-widening gulf between the wealthy and the poor. We have already seen some stunning films in this regard from Jordan Peele’s Get Out (2016) to Barry Levinson’s The Bay (2012). I also suspect we will see in the very near future a gaming, AR, or VR experience with the radically transformative power that films like Psycho (1960) or The Blair Witch Project (1999) had on the genre.