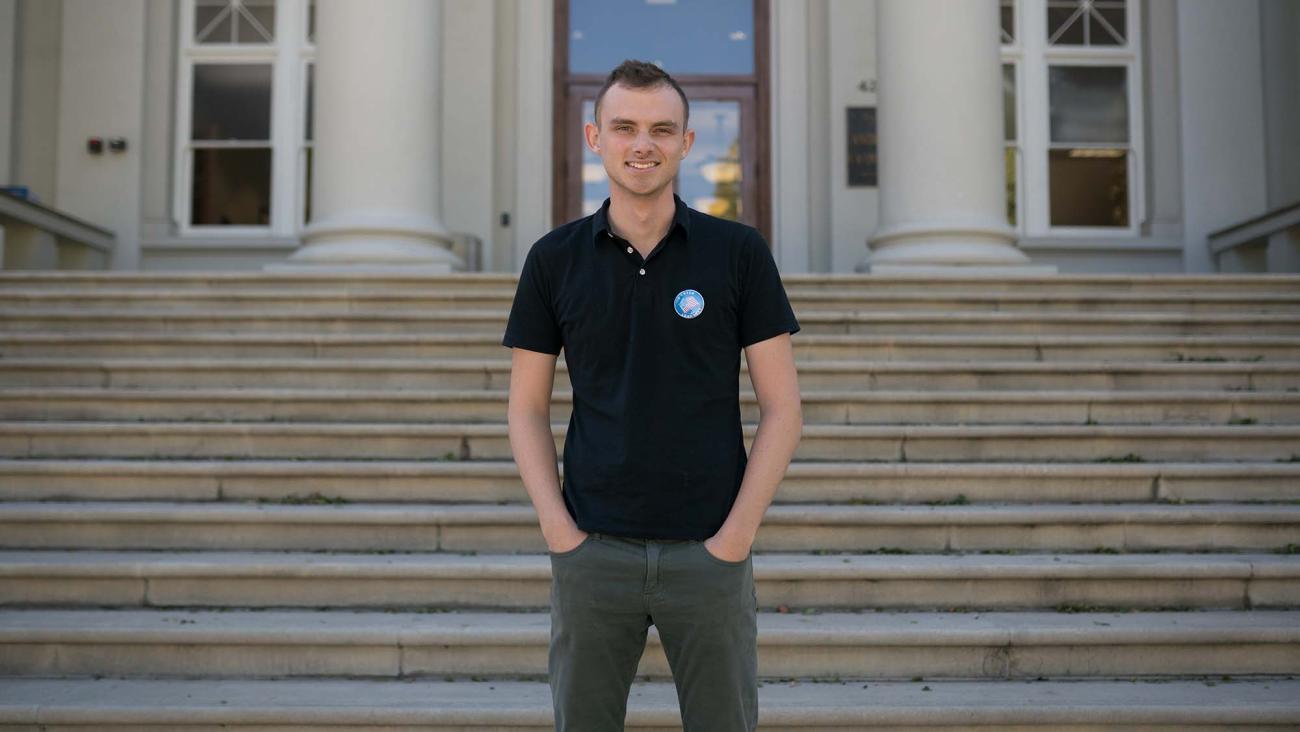 At a ceremony in Washington, D.C., Lucas Carmel ’19 was honored today as one of 10 students across the country placed on the “All In” Campus Democracy Challenge Student Honor Role. The award is in recognition of his leadership last year in a nonpartisan voter participation drive on Pomona College’s campus.

Carmel, along with Michaela Shelton ’21, led efforts to get out the vote at Pomona. Their work paid off with voter turnout among Pomona College students almost tripling from the 2014 to 2018 midterm elections, according to a report released Sept. 20 by the National Study of Learning, Voting and Engagement (NSLVE). In 2018, 50.4% of Pomona College students voted compared to 17.4% in 2014.

“I’m very proud of the work we did at Pomona to promote voting. To have that work recognized by an organization that inspired many of us to get organized and make a plan in the first place is truly an honor,” says Carmel, a politics major. The students also counted on support from the Politics Department.

A group of students at Pomona College led by Carmel and Shelton began to organize a non-partisan effort to get out the vote in the summer of 2018. That’s when the group joined the "All In" Campus Democracy Challenge, the national awards program that encourages colleges and universities to increase student voting rates and is now celebrating Carmel.

“So many people worked to promote voting on campus last fall, and today we get to see proof of just how successful that effort was,” Carmel said in September when the results were announced. “I think Pomona’s status as a leader in college voting has been cemented. The challenge now becomes how do we maintain and continue to promote voter engagement on campus.”

Carmel, who graduated last May, has recently launched Vote for Astra, his organization dedicated to making it easier for college students to vote.

On campus, Shelton and Naomi Tilles ’22 will continue the nonpartisan voter turnout efforts leading up to next year’s November election.

Onetta Brooks '74, past president of the Alumni Association Board
END_OF_DOCUMENT_TOKEN_TO_BE_REPLACED
© 2020 Pomona College