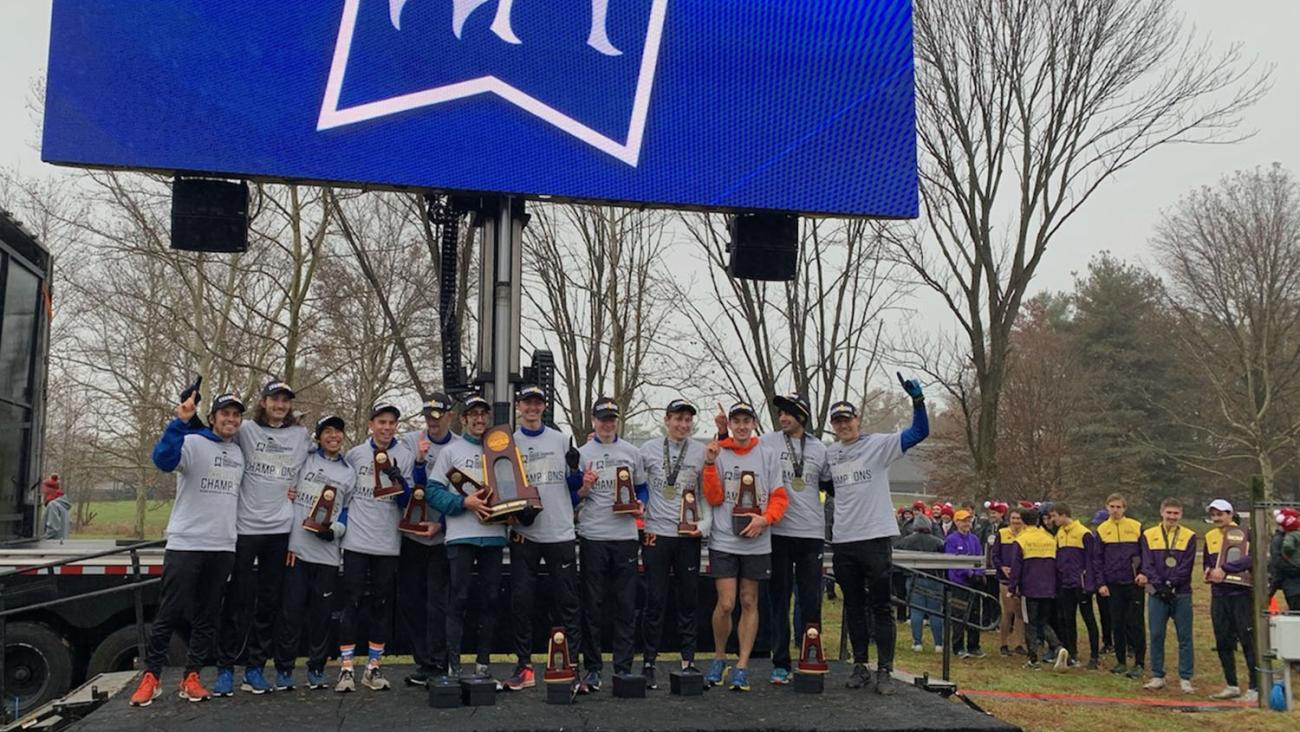 "This really is surreal. Words can't really describe the feelings from today," Coach Jordan Carpenter said after the Sagehens ended the three-year reign of North Central College, a perennial power from Illinois that had won seven of the last 10 titles. "So much elation and excitement for what these guys accomplished today.”

It was a dramatic weekend for Sagehen Athletics. The women's soccer team reached the Final Four of the NCAA Division III Women's Soccer Championship for the first time in program history Sunday, defeating Washington University on penalty kicks on its home field in St. Louis, Missouri, one day after defeating the University of Chicago in overtime. In addition, the women’s cross country team finished 12that the NCAA Championships in Louisville.

But nothing topped the men's cross country title, the first NCAA team championship for Pomona-Pitzer since the women's tennis team won in 1992.

“We came in with the goal of finishing on the podium, but we hadn't really talked about the ability to win,” Carpenter said. “We have such a young group and only had three runners with national meet experience, so I honestly thought that next year would be our chance to win. The guys proved me wrong and we had an amazing day today. The group ran with confidence and executed their race plans to perfection. The conditions were wet and muddy, but it didn't matter. The message to the team was that ‘fitness doesn't lie,’ meaning they just need to run hard and trust in their training to carry them through the race."

Two Pomona-Pitzer men and two Sagehen women claimed All-American honors at the NCAA Division III Cross Country Championships. Ethan Widlansky '22 came off his NCAA West Region Championship to take a seventh-place national finish in a time of 24:32.9. Not far behind him was Dante Paszkeicz '22, who also earned All-American honors with a 16th-place finish in 24:48.5. Lila Cardillo '22 led the way for the women with a 12th-place finish at 21:38.3 and Helen Guo '20 took 14th at 21:41.0.

“The improvement this group has made from last year is remarkable," Carpenter said.

Onetta Brooks '74, past president of the Alumni Association Board
END_OF_DOCUMENT_TOKEN_TO_BE_REPLACED
© 2020 Pomona College