In Memoriam: Professor Emeritus of Theatre and Dance Leonard Pronko 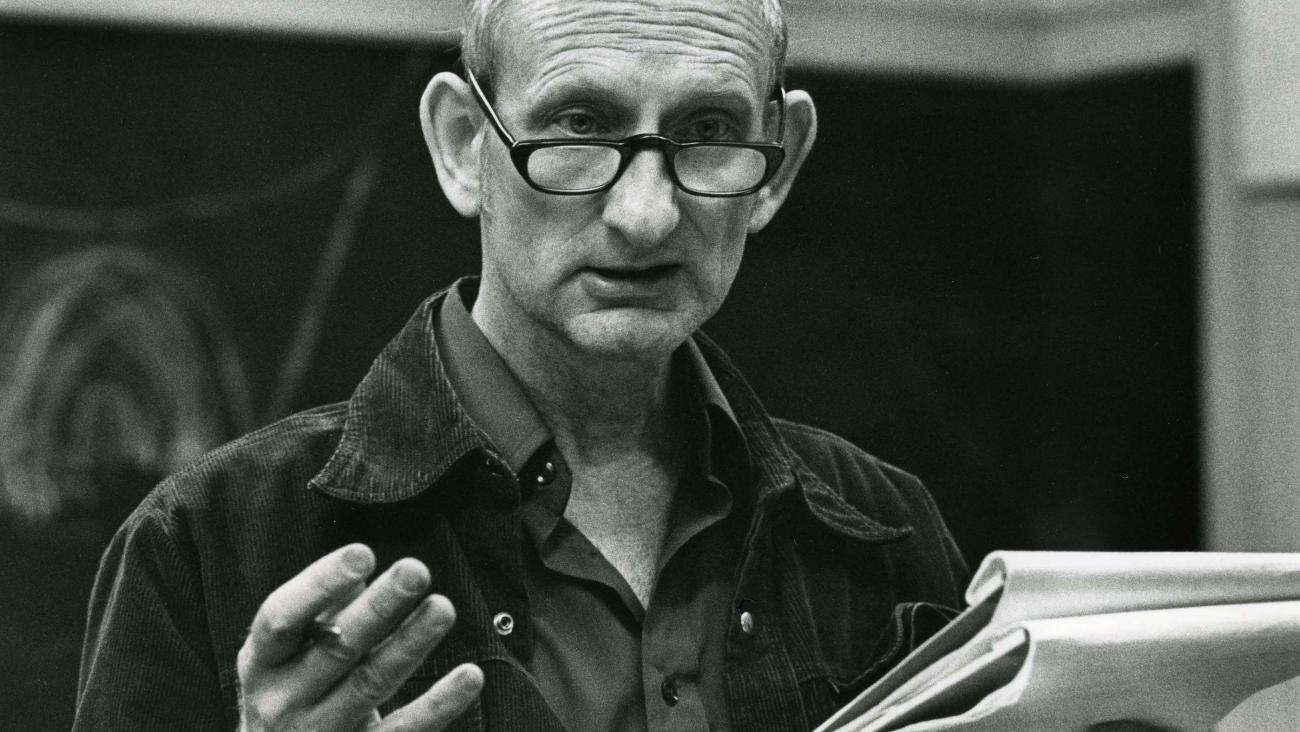 Professor Emeritus of Theatre and Dance Leonard Pronko passed away the night before Thanksgiving as a result of a heart attack he suffered a few days before. During his remarkable 57-year career as a beloved member of the Pomona faculty, Pronko was known for his infectious love of theatre—and, particularly, for his dedication to kabuki, the traditional Japanese art form combining stylized drama and dance, on which he became one of America’s leading experts.

Born in the Philippines and raised in Missouri, Pronko earned his B.A. from Drury College in Springfield, Mo., and his master’s degree from Washington University in St. Louis, before receiving his Ph.D. in French literature from Tulane University in New Orleans. He also studied at the École Charles Dullin in Paris. He taught at the University of Kansas and Lake Erie College, in Painesville, Ohio, before joining the Pomona faculty in 1957.

An embodiment of the liberal arts, Pronko possessed great depth and breadth of knowledge in several fields. He originally came to Pomona as a professor of French and continued in that capacity for almost 30 years. Coupled with his love of French literature, however, was his passion for the performing arts. He started directing theatre productions at Pomona almost as soon as he arrived in Claremont, bringing to the stage works by such playwrights as Shakespeare, Molière and Ibsen. Following his interest in acting and performance and his research interest in French avant-garde theatre and kabuki theatre, over the next half-century he would transition fully into the world of theatre. In 1985, he was officially invited to join Pomona’s Theatre Department, which he did, eventually becoming its chair.

Pronko was probably best known for offering at Pomona one of the nation’s first opportunities for students to learn the authentic basics of kabuki performance and to join in kabuki-style productions. First introduced to the art form during a sabbatical in the early 1960s, he made history in 1970 as the first non-Japanese person ever accepted to study kabuki at the National Theatre of Japan, and in the years after, as he practiced and taught the art at Pomona, he became known as its unofficial ambassador in the United States. With his broad knowledge of international theatre, he helped to turn Pomona into a hub of dramatic experimentation, infusing classic works such as Macbeth with kabuki elements and leading students in his own original productions, such as Revenge at Spider Mountain, which he termed “a kabuki western.” In 1985, the Japanese government awarded him the Order of the Sacred Treasure, Third Class, for his efforts to promote knowledge and appreciation of kabuki in the U.S.

Pronko was the author of many papers and several books, including Theatre East and West: Perspectives Toward a Total Theatre, Guide to Japanese Drama, Avant Garde: The Experimental Theatre in France and The World of Jean Anouilh. Among his many honors were two Wig Distinguished Professor Awards in 1965 and 1973, a prestigious Guggenheim Fellowship, a 1972 Los Angeles Drama Critic’s Circle Award for his kabuki productions and the Association for Theatre in Education’s Outstanding Teacher of Theatre in Higher Education Award in 1997.

Though he retired in 2014, Leonard had remained actively engaged with the College community and the Theatre Department right up until his recent illness. Plans for a memorial service are still pending. This page will be updated with that information as it becomes available.