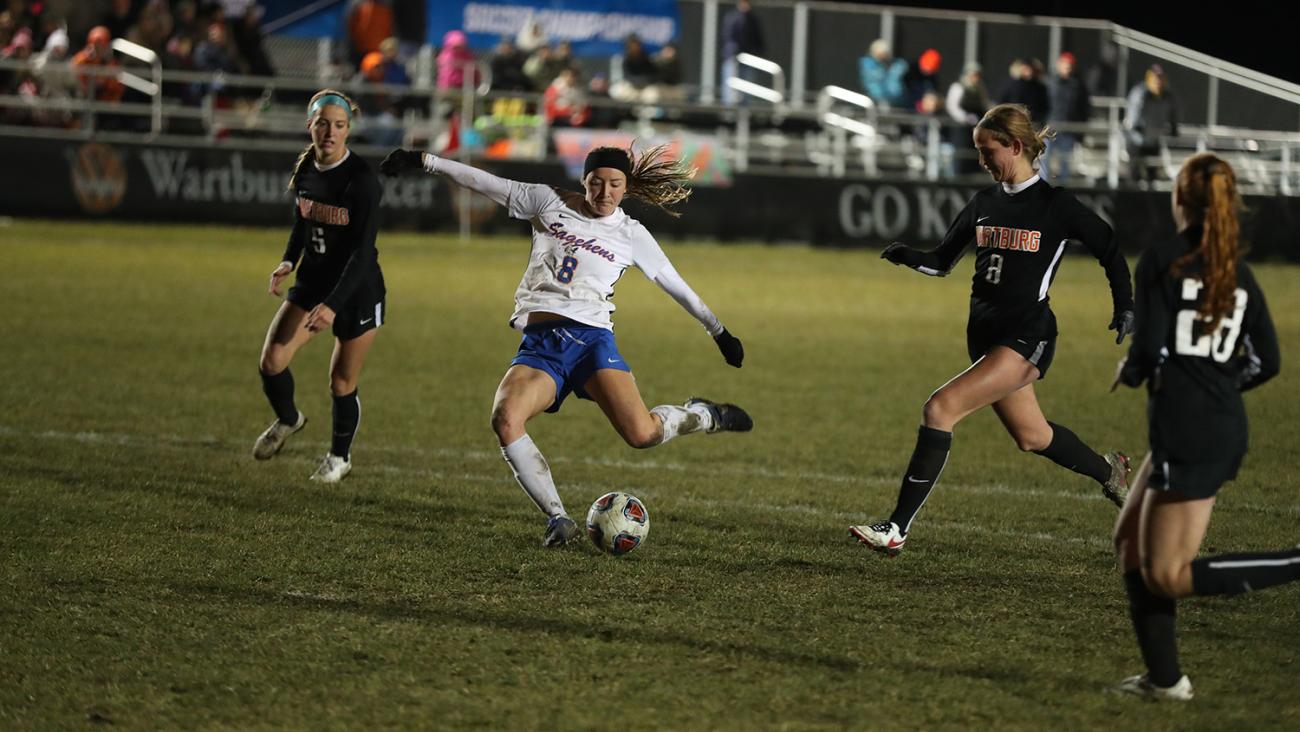 Bria VarnBuhler '20, a midfielder on the first Pomona-Pitzer women's soccer team to reach the Final Four, has been named the United Soccer Coaches Division III National Player of the Year.

The first-team All-American scored 21 goals this season, a Pomona-Pitzer record, and helped the Sagehens to a 20-2-2 season that ended with a loss in the semifinals of the NCAA Division III tournament.

VarnBuhler is the first Pomona-Pitzer soccer athlete to earn National Player of the Year honors. She also is the first player from the Southern California Intercollegiate Athletic Conference (SCIAC) to win the award.

"This is an amazing accomplishment for Bria, as well as our team," says Jen Scanlon, head coach of the women's soccer program as well as interim athletic director and a professor of physical education. "It’s reflective of the type of season we had, setting lots of records, making history and showing that we are legitimately one of the best teams in the nation. We don’t accomplish any of those things without Bria, as she was such a dangerous attacking threat. Every team tried to account for her every second she was on the field. And she still found the back of the net 21 times and scored nine game-winning goals."

In addition to the single-season record for goals, VarnBuhler set the single-season mark for points with 45. She finishes her career third on the career list for goals with 41 and third on the points list with 91. After graduating this May, she plans to pursue a Ph.D. in chemistry. (Watch a video of a day in her life as a Pomona College student-athlete on Sagehen Life.)

The Sagehens set numerous team records this season, including most wins in program history (20), highest winning percentage (.875), and shutouts in a single season (20). They ended the year ranked No. 3 in the nation, the highest ranking in program history.

"On a team full of very talented players, she still stands out as special," Scanlon says. "We are thrilled for Bria and for the deserved recognition that she and the rest of our program are enjoying right now after a great season and NCAA tournament."

The National Players of the Year for all NCAA divisions will be honored for their accomplishments at the United Soccer Coaches All-America Ceremony and Reception on Jan. 18 at the Baltimore Convention Center in Maryland.