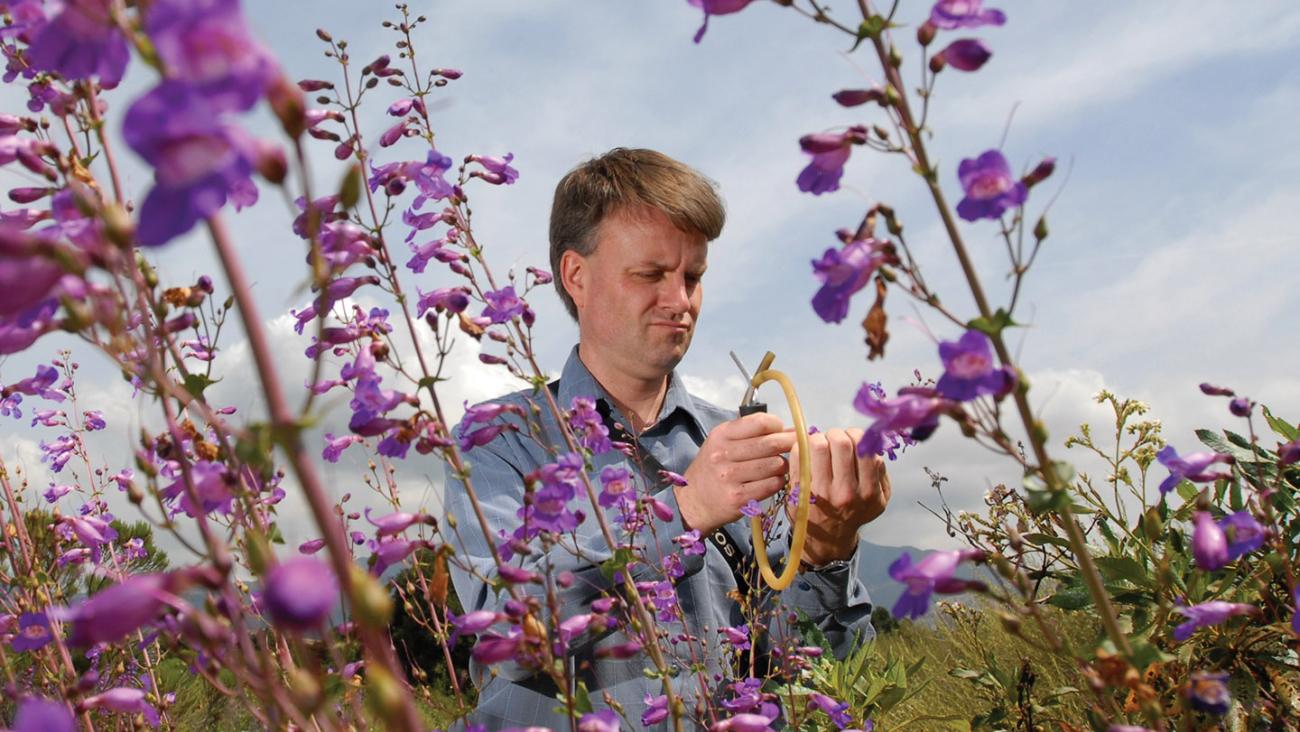 We are deeply saddened to share the news that Professor Jonathan Wright passed away suddenly last night.

The William A. Hilton Zoology Professor and Professor of Biology, Wright will be remembered for his enormous enthusiasm for both science and music—both of which he was equally gifted and dedicated—as well as his unsurpassed ability to communicate not only his encyclopedic knowledge in his chosen field of comparative physiology, but also his untiring sense of wonder at the big and little mysteries he had devoted his life to studying.

As one of his recent students noted, his knowledge and enthusiasm inspired his students “to see and explore how science can make the seemingly mundane seem incredible.”

A native of Great Britain, Wright earned his B.A., M.A. and D.Phil. degrees from Oxford University before coming first to Canada, then to the United States, where he spent five years on the faculty of Northern State University in Aberdeen, S.D., before coming to Pomona in 1998. At Pomona, he rose to hold the title of the William Atwood Hilton Professor of Zoology. Wright was a two-time winner of the Wig Distinguished Professor Award for Excellence in Teaching in 2001 and 2009.

One student who nominated Wright in 2009 wrote: “Jonathan Wright cares so much about his students. A true mentor, role-model, and friend to his pupils, as well as an excellent professor and an incredibly knowledgeable biologist and natural historian.”

Another student wrote in 2001 that Wright “… is one of the nicest guys I've met on campus. He is extremely passionate about what he teaches, and that passion rubs off on his students (I can now see the ‘beauty’ in a cockroach). … He is extremely knowledgeable in just about anything. Students have a running joke in trying to stump him with a question he can't answer.”

Yet another student noted: “Dr. Wright is not only a fantastic teacher, he genuinely cares about all students' success and strives to help in any way he can … walking through Bernard Field Station with him is so much fun because everywhere you go, he has something interesting to say about the surrounding flora and fauna. I enjoyed having him as a professor to the point where I have built my schedule for next semester around taking the other class that he teaches.”

Wright was an active scholar, he was also a deeply engaged member of the College community, serving in the past as associate dean of the college and as chair of the Biology Department. Recipient of numerous grants for his research from such organizations as the National Science Foundation, Wright also served on numerous committees, including the Faculty Advisory Committee for the Bernard Field Station.

His life as a musician was just as important to him as his love of science. Having studied classical violin from an early age, he performed regularly in orchestral, chamber and solo repertories. In Claremont, he played with the Pomona College Symphony, the faculty string quartet Euphoria, a violin-piano duo and other ad-hoc ensembles.

The seminar room at the Seaver Biology Building will be open today (Dec. 17) for all those who wish to gather to share memories, quiet reflections and thoughts with other students, faculty and staff.

Please join us for a memorial service to honor the life and work of Professor Wright. The service will be held at 1:00 p.m. on Sunday, March 1 in Bridges Hall of Music (150 E. Fourth Street, Claremont) with a reception to follow in Edmunds Ballroom (170 E. Sixth Street, Claremont).

Onetta Brooks '74, past president of the Alumni Association Board
END_OF_DOCUMENT_TOKEN_TO_BE_REPLACED
© 2020 Pomona College