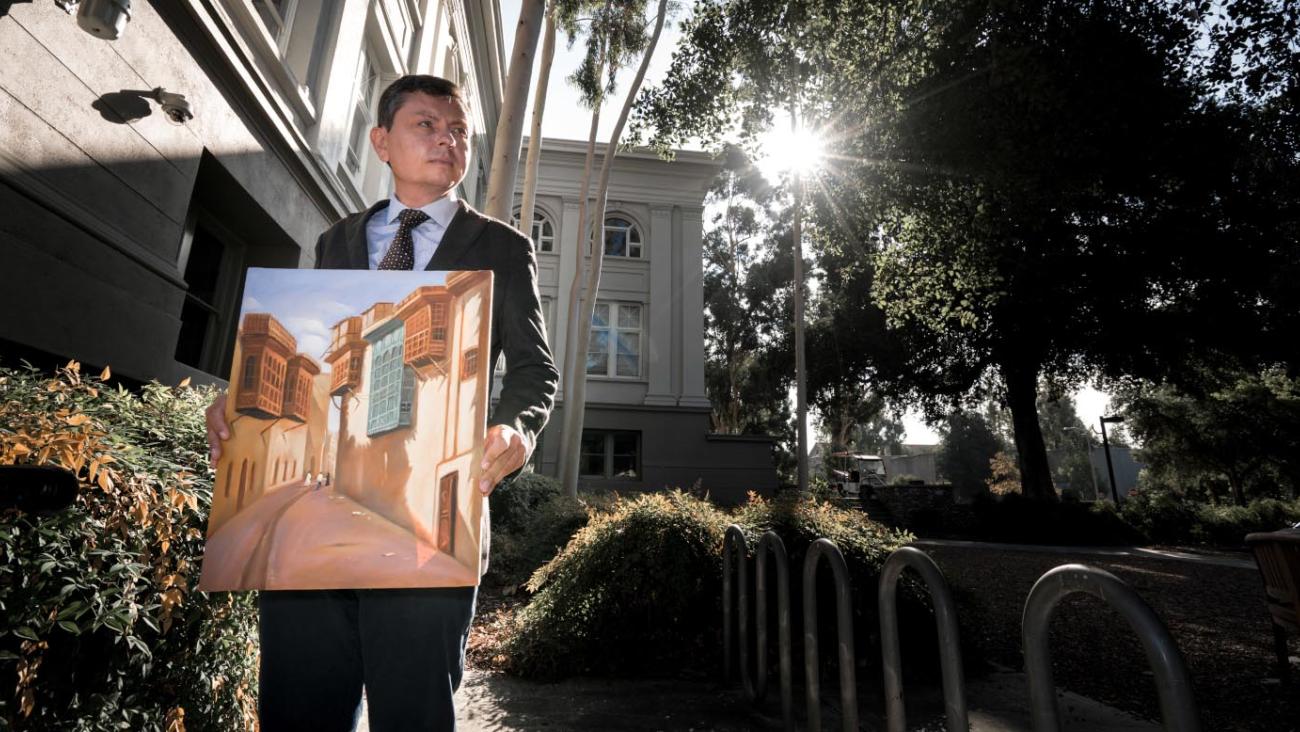 As memes about a new military draft and potential World War III continue to circulate on social media platforms, headlines across various news outlets are reporting recent actions to de-escalate the situation between the U.S. and Iran following President Donald Trump’s news conference last week. We spoke with Pomona College Politics Professor Mieczysław (Mietek) Boduszyński, who formerly served as a U.S. diplomat in Basrah, Iraq. Professor Boduszyński provides further context and insight into the fraught situation between the U.S. and Iran.

First of all, who was Qassem Soleimani and why was he in Iraq?

Qassem Soleimani was the commander of an elite unit of the Iranian military whose purpose is to export the Iranian revolution overseas. In practice, that meant that Soleimani traveled to Iraq and around the Middle East providing backup and direction to proxy militias beholden to Iran.

Why did the U.S. strike to kill Soleimani?

The Trump administration claims that it had actionable intelligence which suggested that Soleimani was actively planning an attack on U.S. interests, and it acted to avert that attack. It has not made any details about that intelligence public, however. But some analysts are also saying that Trump chose to kill Soleimani since he feared looking weak given the recent attack on the U.S. Embassy in Baghdad by militias affiliated with Iran and his failure to respond to previous Iranian provocations.

How did ordinary Iraqis react to the news of Qassem Soleimani’s death?

His death was therefore welcomed by many in the region, not just by his Sunni enemies. Many, in fact, are celebrating his death.

In the weeks before top Iranian commander Qassem Soleimani’s death, Iraqis and Lebanese had demonstrated in large numbers against malign Iranian influence in their countries, something Soleimani championed.

Many Shia in Iraq, where Soleimani directed a number of hardline militias, had long grown resentful of the Iranian general and Iranian influence in general. The militias loyal to Soleimani may have fought the Islamic State, but they also were engaged in smuggling, extortion and kidnapping.

Some of these militias, close to establishment political parties considered corrupt by ordinary Iraqis, were responsible for killing protestors in recent months.

The deadly protests that occurred in September 2019 brought to light the rage of ordinary Iraqis who were fed up with corruption and poor governance. Iraqis live on top of some of the largest oil reserves in the world, yet millions of them have no access to clean water or electricity.

Yet, the killing also means that attention has been diverted from the protestors and their aspirations, and some activists have expressed anger at the killing.

And it has stirred popular anti-Americanism in Iraqi society, which some factions will exploit.

Where does this now leave Iran?

The question now is whether Tehran will back away from its support for hardline Shia proxy militias in places such as Lebanon and Iraq.

One scenario is that moderates in the Iranian regime successfully argue that this is an opportune moment to back away from support for regional proxies, and maybe open a channel to dialogue with the United States.

However, Trump’s uncompromising stance has left little political room for the Iranian moderates. So, this scenario is less likely in the short run, though it is possible that a backchannel to Washington may be opened after some months.

What do you think the U.S. should do moving forward?

The U.S. and European Union West should use this opportunity to prioritize the interests of ordinary Iranians, Iraqis, Lebanese, Yemenis, and others, who suffer as a result of poor governance and proxy conflicts.

The U.S. should also emphasize the importance of a broad partnership with Iraq, one which transcends issues such as security, Iran, and counterterrorism.

Lastly, given the rampant speculation on social media sites about an impending military draft and WWIII, can you address whether a war between the U.S. and Iran is likely to happen?

It does not seem that either side wants war, for domestic political reasons in each country. But history also teaches us that wars can begin when neither side wants them owing to misunderstandings and miscalculations.