In Memoriam: Emeritus Professor of English and Poet-in-Residence Robert Mezey 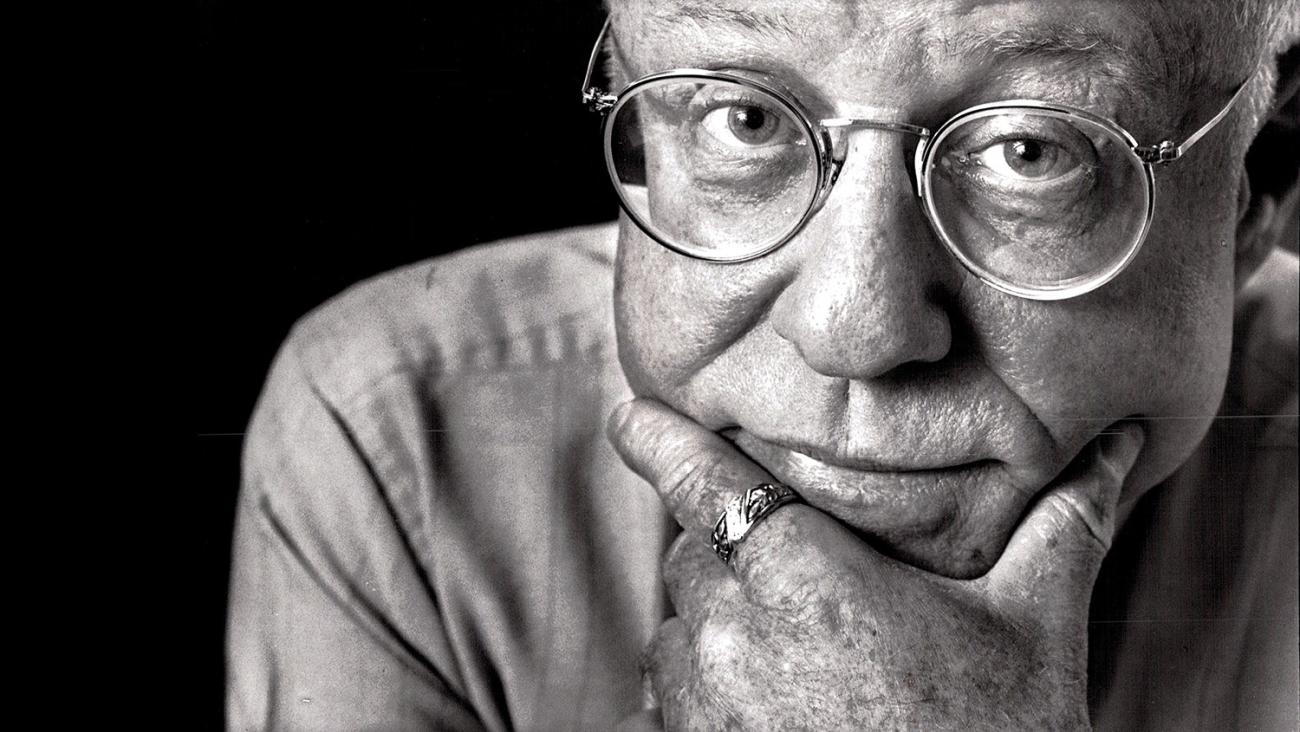 Emeritus Professor of English and Poet-in-Residence Robert Mezey has died. He was 85.

Mezey taught at Pomona for more than 20 years, and his work was published widely in The New Yorker, Harper's Magazine, New York Review of Books, Paris Review, among others.

On the eve of his retirement in 1999, he told Pomona College Magazine that he chose to teach poetry to stay close to the language he loved. “Getting paid to talk about poetry” is how he described his job.

“We do a certain amount of analysis, to show how poets get their effects,” he explained, giving a brief overview of his professorial philosophy. “It’s murder to dissect a poem. I keep it to a minimum. Every study involves drudgery, but the central purpose of my class is pleasure. I want my students to have pleasure in it. That’s more important to me than the facts they learn.”

His courses always included reciting poetry and memorizing passages — “have them in their hearts,” he said.

Poet and memoirist Garrett Hongo, ’73 shares one of his memories. “When my second book came out, I gave a reading at the Huntley Bookstore. Bob came, sat quietly in the back row through the whole thing, then spoke to me. He said, ‘Well, I don’t know if it’s poetry, but it sure is powerful, emotionally speaking.’”

“The man swung from love to reproach, meeting to meeting, yet tenderness to others and devotion to art were his dominant traits. He lit up when the topic was the love of poetry and he shared it,” says Hongo.

Emeritus Professor of English Tom Pinney remembers Bob as a lover of good poetry. “If Bob liked a poem, he had to read it only twice and he had it memorized.”

“At department parties it was a standard practice to say ‘Bob, say some Yeats for us.’ Half an hour later someone would say, ‘OK, Bob. That’s enough.’”

He devoted a decade of his poetic energy to translating other people’s poetry, much of it from Spanish to English. While not original work in the strictest sense, he admitted that a translator is more than a linguist, “For me translation is another way of writing poetry.” Robert’s translations included works by César Vallejo and, with Richard Barnes, all the poetry of Jorge Luis Borges.

He received several prestigious honors such as a Robert Frost Prize, a prize from the American Academy of Arts and Letters and a PEN Prize. In addition, he received fellowships from the Ingram Merrill Foundation, the Guggenheim Foundation and the National Endowment for the Arts.

We will provide information about memorial plans as it becomes available.