Filmed on Location at Pomona College: Watch It Now 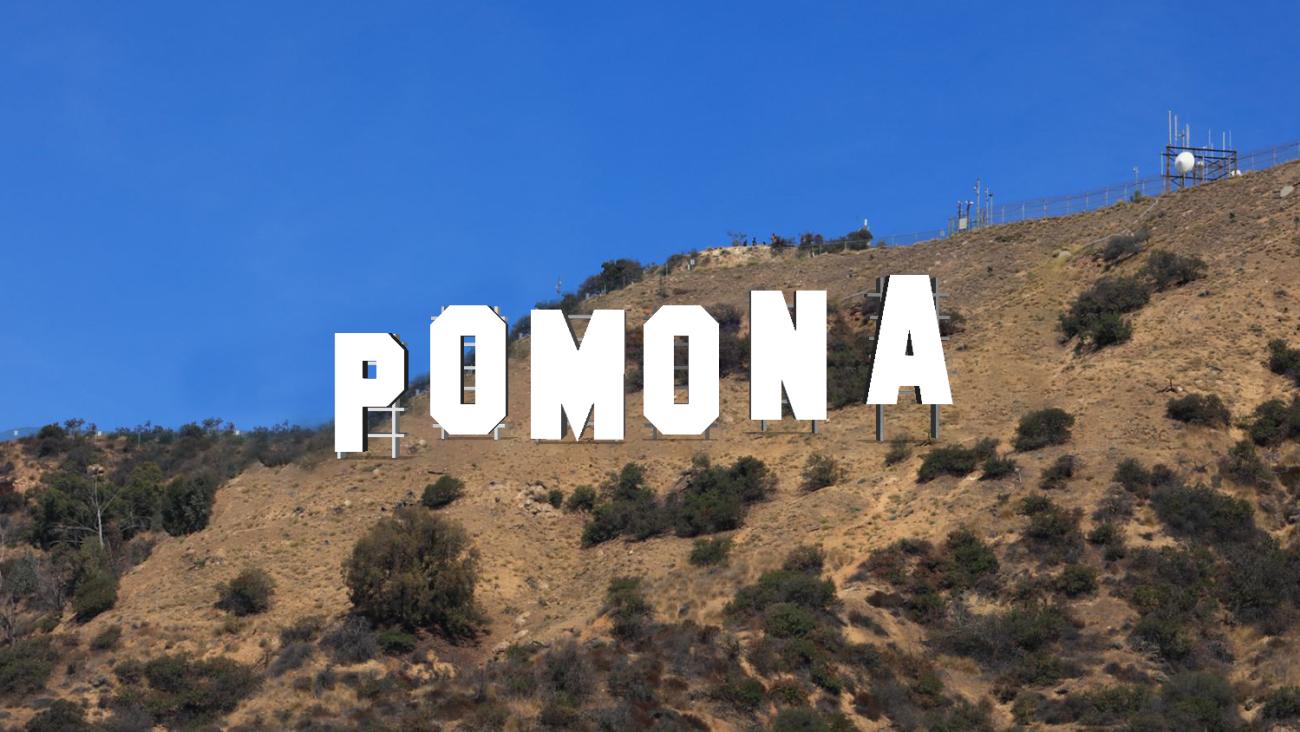 To learn more about the history of Hollywood filming on Pomona College's campus, read "The Duke on the Quad," a classic Pomona College Magazine story from the archive.

It’s been almost a century since the first Hollywood crew ventured to Pomona College to film the silent comedy film The Charm School—a movie now lost to history. Since then, Pomona’s campus—from the sprawling Marston Quad to the grand Bridges Auditorium and stately Carnegie Hall—has played quite a number of “roles” in various films and television shows.

Students, faculty and staff can safely revisit campus today from their homes during the pandemic through the magic of Hollywood films and television—although campus may look a bit different as it stands in for the White House Rose Garden, as Yale University or even as a military academy. Grab the popcorn, get comfortable on the couch and turn on the television or laptop to be transported back to Pomona College.

Titles selected below are not a complete list of all movies and television shows filmed on campus, and only include those available to watch online through a streaming service in the United States.

Available to rent or buy on Amazon Prime Video, iTunes and Vudu.

Not Rated: A group of college students get help from a Broadway producer to put on a show at their college while butting heads with a professor.

Pomona shots: Sumner Hall and campus stand in for the fictional Winfield College.

Not Rated: John Wayne stars as a bookie who accepts a job coaching a college football team to try to retain custody of his daughter while going through a difficult divorce.

Pomona shots: Features scenes filmed inside Pomona’s old Renwick Gym, which no longer exists, with Pomona standing in for the fictional Medfield College.

Rated G: The adventures of the absent-minded professor continue as he experiments further with flubber.

Pomona shots: Pomona stands in for the fictional Medfield College.

Available to rent or buy on Amazon Prime Video. Free on Crackle.

Rated TV-PG: Set in a boarding school, a group of girls are mentored by the housemother of the school.

Pomona shots: The exterior of Harwood Court is in the first shot of the opening credits.

Rated R: Based on the memoir of filmmaker Barbara Gordon, the film follows Barbara’s successful career and drug addiction battle.

Pomona shot: Interior shots of the hospital scenes were filmed at Pomona.

Available to rent or buy on Amazon Prime Video, iTunes and Vudu.

Rated PG: A popular priest is challenged by a seminary student but ends up protecting him from a stern monsignor.

Pomona shot: The film opens with a Marston Quad scene.

Rated PG: Val Kilmer costars as a genius college student working on a laser project and soon learns that the government has plans to use it as a weapon.

Pomona shot: Pomona stood in for parts of Pacific Tech, which is based on Caltech.

Available to rent or buy on Amazon Prime Video, iTunes and Vudu. Free on Tubi.

Rated PG: Jason Bateman stars in this sequel as a teenager whose luck changes when he turns into a wolf.

Pomona shot: The exterior of Harwood Court is in the film.

Available to rent or buy on Amazon Prime Video, Google Play, iTunes and Vudu. Free on Tubi and YouTube Movies.

Rated PG: Sylvester Stallone stars as a truck driver struggling to regain the trust and affection of his son while also becoming a champion arm wrestler.

Available to rent or buy on Google Play, iTunes, Vudu and YouTube Movies.

Rated PG-13: Bette Midler stars in this movie about two childhood friends who are always there for each other.

Rated PG-13: Dave looks just like the President of the United States and is recruited by the Secret Service to become a temporary stand-in.

Pomona shot: Bridges Auditorium exterior and lobby are in the film.

Rated TV-14: A political show that shows the inner workings of the White House.

Pomona shots: Bridges Auditorium lobby is in the episodes.

Pomona shot: Marston Quad became the White House Rose Garden for a day during filming on campus and scenes were shot inside Bridges Auditorium’s second-floor lobby.

Available to rent or buy on Amazon Prime Video, Google Play, iTunes, Vudu and YouTube Movies. Available on Netflix and Philo with subscription.

Rated TV-PG: The show centers on the relationship between a single mother and her teen daughter living in Connecticut.

Rated TV-14: World-renowned chefs battle for the top spot in this spinoff of Top Chef.

Pomona shot: Harwood Court is a location for episode one.

Available to rent or buy on Amazon Prime Video, Google Play, iTunes, Vudu and YouTube Movies. Available on Hulu and Netflix with subscription.

Rated TV-14: Lucifer retires to Los Angeles where a murder makes him wonder if there is hope for his soul.