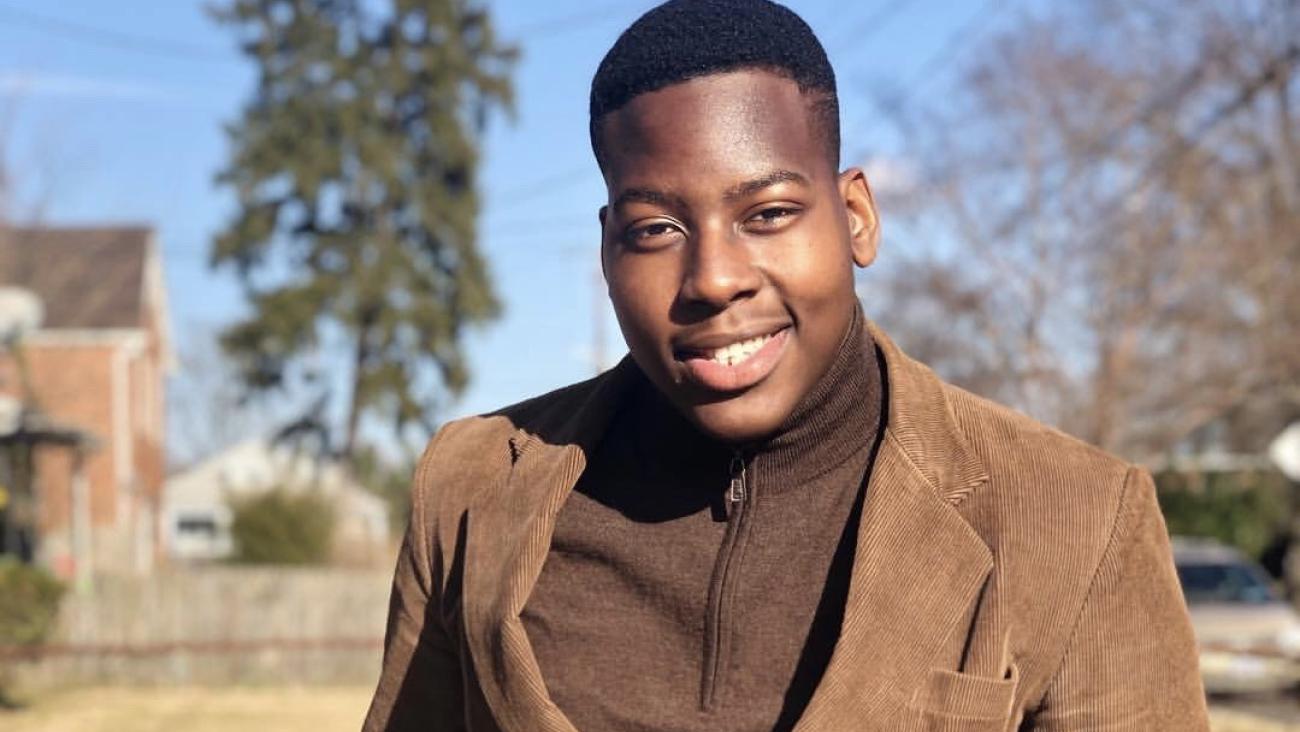 Born and raised in Benin, West Africa, De Souza came to the U.S. five years ago and makes his home in Lanham, Maryland.

When he was growing up, his parents went through a lot of financial struggles, De Souza says. Those difficulties were only magnified when they came to this country, due to the high cost of living in America compared to Africa. Additionally, his parents weren’t English speakers. So, at the age of 12, De Souza became an interpreter, translating everything from English to French.

De Souza had to translate bills and check his mother’s bank accounts for her. He says this was traumatizing—especially when he knew that there wasn’t enough money in the bank to pay the bills.

“Sometimes I didn’t know whether to tell her about the bills or not, because the tears on her face after I read each bill always broke me down,” says De Souza. “Not only did I have to be a good student, I also had to be a therapist, translator, secretary, and [there were] many other jobs that I had to fill in order to help my parents.”

But in the midst of hardship emerged a surprise: “I got used to wearing all those different hats and they even made me stronger.”

De Souza found reasons to rejoice in the center of it all as well.

“My main source of joy was seeing my mom smile every time she saw my grades. I also enjoy all the time I spent with my family.”

Pomona’s financial aid was another barrier breaker for De Souza and a major reason he chose to enroll at the College. De Souza applied to approximately 30 colleges, and Pomona was a last-minute—or rather, last two hours—application based on the name sounding vaguely familiar and with the thought that California would be a great destination. But a visit to campus thanks to the College’s fly-in program, Perspectives on Pomona (POP), made it clear to him that Pomona wasn’t just a whim, it was his first choice.

“When I visited, I loved how ‘chill’ the school atmosphere was. Plus, the students had the nicest personalities during my visit. The school was also very aesthetically attractive. I also enjoyed the few classes that I took at the college. Lastly, Pomona seems to care a lot about its students, and the financial aid is great.”

De Souza spoke to numerous Pomona students on his visit and his conversations confirmed what he had sensed, something of particular importance to him.

“I also noticed that everybody treated each other like family, which I loved.”

De Souza’s plan as of now is to pursue either a math or economics major. He hasn’t forgotten what adversity feels like, so he hopes to learn skills that will allow him to run a successful business and help Black-owned businesses that are struggling. But there’s another great hope that he has for his Pomona education:

“I hope to make great connections with some of the most awesome people on the planet.”