Amirah Adem ’21 To Explore Human Rights Violations in the U.S. by Documenting Her Own Story 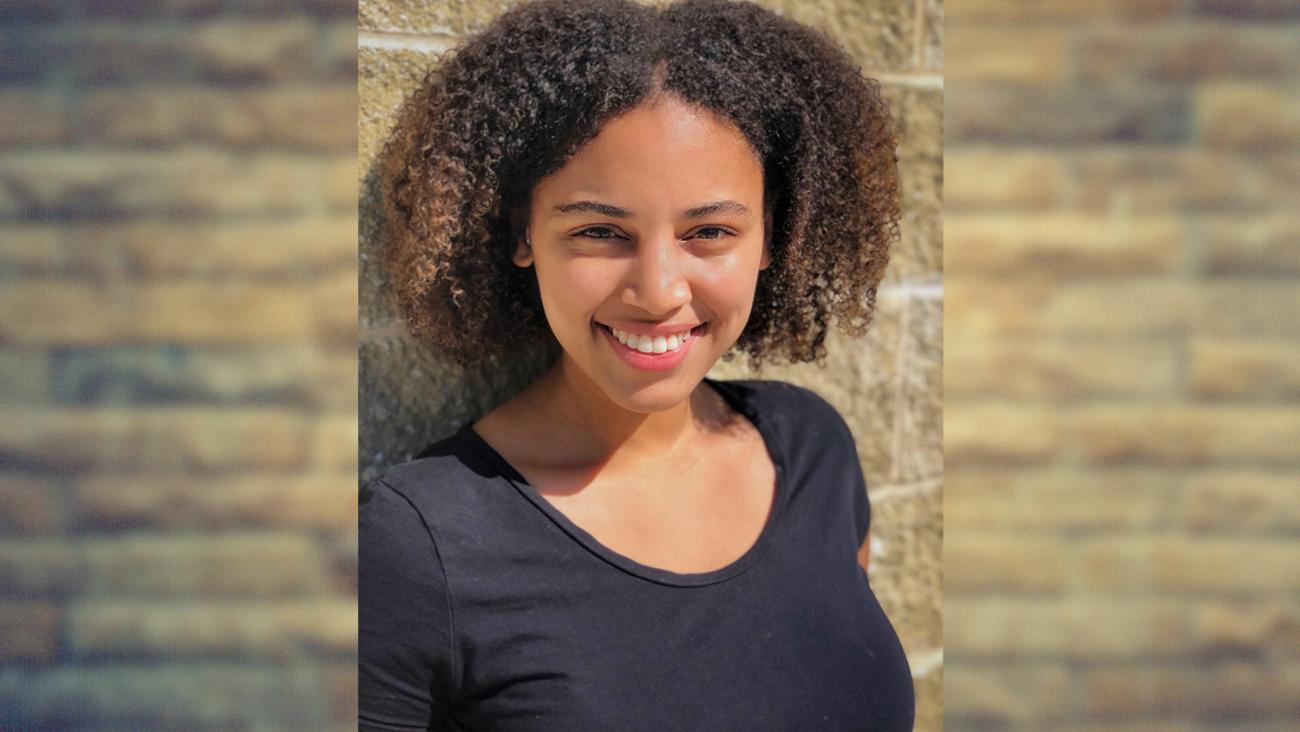 Amirah Adem ’21 had plans to travel to Tanzania earlier this year to carry out a health education project. As a 2020 Davis Peace Project winner, she was one of the students selected to receive funding to design and implement her own grassroots project for peace anywhere in the world. Her project would take on a difficult and very personal issue: female genital mutilation (FGM).

The practice, common in many African countries and in scattered spots in the Middle East and Southeast Asia, involves the partial or total removal of external female genitalia or other injury to the female genital organs for non-medical reasons. It has no health benefits and is classified by the World Health Organization as a violation of the human rights of girls and women.

But when the COVID-19 pandemic hit, it derailed many plans, including Adem’s. The 2020 Davis Peace grant program was canceled, and the organization hopes to roll the grants to the summer of 2021.

Adem, who has South African and Ethiopian roots, had also applied for the Strauss Foundation Award, a public service scholarship. She received $15,000 to carry out a project to educate people about female genital mutilation during her senior year at Pomona College.

Given the pandemic, Adem’s traveling options were limited. As part of the Strauss Award, she was connected with trustees from the organization who helped her reframe her original project into one that could be carried out despite the pandemic constraints.

“The trustees told me to redirect my project into a documentary that would focus on my story,” says Adem, who hails from Stone Mountain, Georgia. “My story is the first successfully prosecuted case of FGM in the U.S.”

Adem will create her documentary with the guidance of David Fanning, co-creator of Frontline, the long-running PBS series.

Female genital mutilation, many are unaware, is also a problem in the U.S.

“When it comes to FGM, many immigrant families [from the countries that practice it] believe that a woman is not able to get married without having this done to them. When they have their daughters here in the U.S, they still carry out this cultural practice here,” says Adem, herself a survivor of this practice from her Ethiopian father’s roots.

In 2004, the state of Georgia’s legislature passed Senate Bill 452; a bill initiated in part by Adem’s mother Fortunate. The bill's main purpose was to make female genital mutilation a crime punishable by up to 20 years in prison.

"It is a horrible act," said Amirah’s mother as she testified for the case in the early 2000s. "It is painful, traumatizing and degrading."

Later in 2006, Adem’s case became the first case where a person was prosecuted and convicted for female genital mutilation in the U.S. In 2010, Georgia successfully passed a law criminalizing the practice.

An estimated 513,000 girls and women in the U.S. were either victims of female genital mutilation or at risk of the practice according to a 2016 report from the Centers for Disease Control and Prevention (CDC). One third of them were under the age of 18. As of August 2020, 39 states, most recently Massachusetts, had passed legislation making female genital mutilation illegal.

Finding Her Way to Pomona

Given her personal story, Adem had plans to become a gynecologist and a surgeon since she was a young child. But, as she entered college, the Questbridge Scholar came to Pomona without firm plans for a major.

“I chose a liberal arts school because I didn't know what I wanted to do,” Adem says of her college choice. A first-generation student, she appreciates the flexibility and opportunity to explore different fields that a school such as Pomona can provide.

“At first, I thought I came in wanting to do molecular biology,” she says, because she saw it as a common path toward medical school.

Instead, she has studied more widely, even delving into computer science by working for the College’s High-Performance Computing student team, where she developed computer language skills such as Java. She also competed in Hackathon 2018, where she co-created “What’s the Move,” an app that helps 5C dance students locate each other across the different campuses or drop a pin to mark the location of an event.

“Then I learned later on that about the pre-medicine path, where you can basically choose any major. Since I was interested in doing media studies more than anything, I chose media studies.”

As she navigated through courses in that field, her interest in filmmaking grew.

“I knew that I wanted to tell stories, regardless if it was through a documentary or if it was a narrative fiction story. I knew that there are so many different combinations that you can use film and media to tell people about these narratives that they haven't heard and exposes people to different things.”

“That's why I don't think people know about this issue, because not many people are having conversations about it. And there's not many women coming out about it. They should, but they've been taught to keep it quiet. I didn’t want to stay silent. I feel like it’s important for me to be the voice for the voiceless.”