Check Out the Books Pomona Students Are Reading 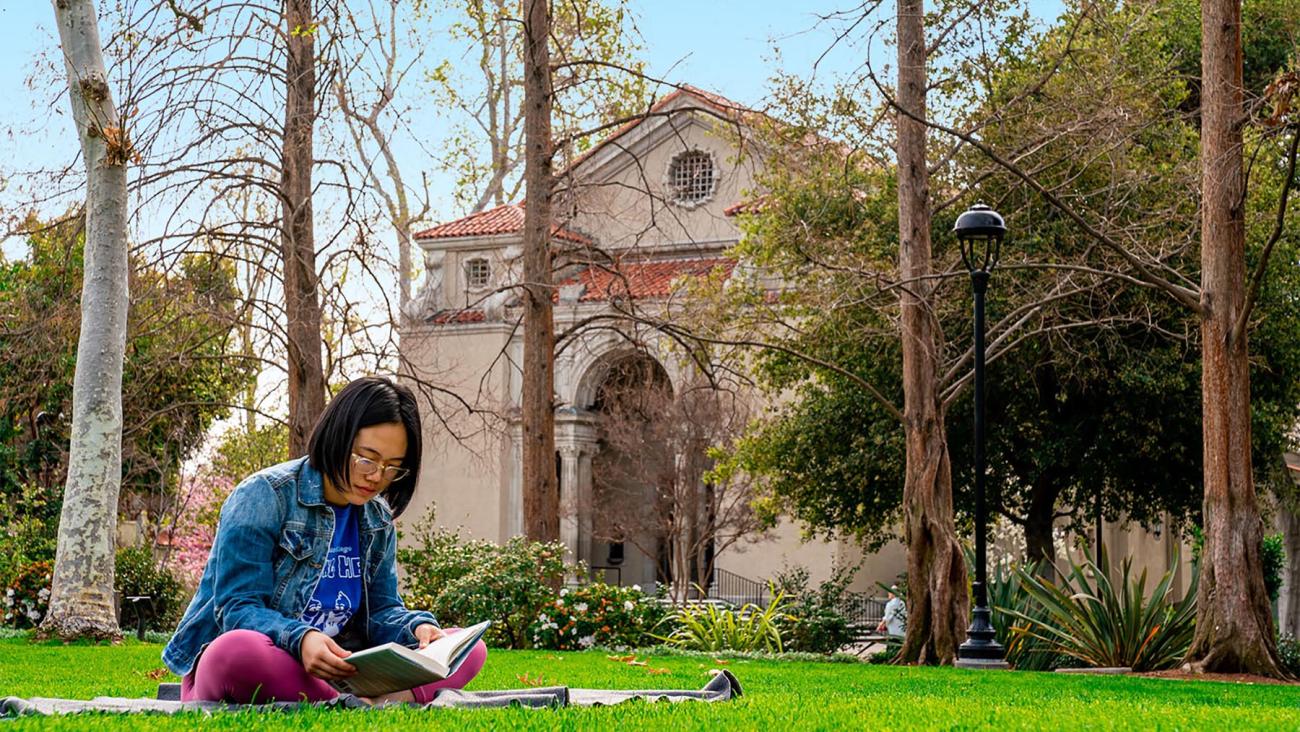 It's a busy time of the semester and student calendars can get booked with coursework, midterms, extracurricular activities and more. Whether it's homework or for fun, Pomona College students seem to always have a book in hand and today they share what they are reading for National Reading Day.

Nicholas Oo ’21
Major: Chemistry
Book: How to Change Your Mind by Michael Pollan

For as long as I can remember, the drugs known as acid, shrooms and more broadly psychedelics have been considered taboo. I came into college with this perspective, apprehensive about these substances due to the harsh stigma surrounding them. This changed my freshman year, however, when I was assigned a presentation on LSD in my biology class. It was here I learned of the drug’s potent potential as a treatment option for those suffering from emotional trauma. The book How to Change Your Mind by Michael Pollan further expands my newfound awareness with the author’s investigative findings regarding everything from relevant brain science to underground psychedelic therapy. Given that many of society’s problems stem from the inflexibility of perception, I find Pollan’s title to not only be an accurate descriptor for his book but also a suggestive welcome to those who may need it most.

Something that I am currently reading is Locking Up Our Own by James Forman Jr. I want to become a criminal justice lawyer when I graduate, so it is important that I understand how the criminal justice system operates, and exactly why it has such a disproportionally negative impact on people of color. I chose this book because it promised to address such concerns. I already knew that the War on Drugs in 1971 and the wave of gun control legislation in 1975 led to minorities being disproportionally charged for drug and gun offenses. However, what I didn’t know, and what James Forman taught me, is that the legislation passed in each era was widely supported by people of color! It was shocking that minorities would actually support the very legislation that would disproportionally incarcerate them. I absolutely love this book because it examines the socioeconomic factors that led to such an unbelievable fact, such as systemic poverty, gun violence, and the heroin epidemic.

This book was extremely insightful. It showed me that while our nation may face large rates of gun violence and drug usage, the solution may not be punitive in nature. Punitive responses were attempted in the past, and they ultimately failed. America is currently facing an opioid epidemic, and our gun violence rates are still spiraling out of control. Something needs to change. Forman has shown me that a proper response would be to address the poor economic situations that underlie many of these issues. If we offer people ways to economically improve themselves, crime will fall as a result. As a lawyer, I should definitely push for this type of criminal justice policy reform.

Isabelle Rogers ’20
Major: Spanish and Theatre
Book: To Live Like A Moor by Olivia Remie Constable

I'm dreaming of becoming a playwright. Right now, I'm reading To Live Like A Moor by Olivia Remie Constable. The book is a historical analysis of Christian beliefs around Muslims that shaped discrimination in medieval and early modern Spain. It's a fascinating look at a conflation of religion and culture that made Christian expectations that Muslims would assimilate look even more ridiculous. It's helping to forge the senior thesis play I'm writing, which dives into the same issues of conflict, assimilation and paranoia in early modern Spain.

I'm considering majoring in English with an emphasis in creative writing, and I originally picked up this short story collection after I read Machado’s memoir, In the Dream House. I fell in love with Machado’s prose and her ability to play with surrealism. Her Body and Other Parties is a collection of short stories that navigates feminism, queerness, gender and the implications of occupying the female body. Machado breaks down reality and reconstructs it in a way that forces you to confront the trauma that impacts the lives of queer women; her stories involve ghosts, haunted houses, violence, the end of the world and slow descents into insanity.

My favorite short story in Her Body and Other Parties is one titled “Eight Bites,” in which the narrator undergoes a surgery to help her lose weight, only to discover that her lost flesh materializes in her home. In “Eight Bites,” Machado personifies the body that the narrator destroys, yet this flesh-ness haunts the narrator even after she slims down. “Eight Bites” captures the agony of hating your body, while universalizing the experience for female-identifying bodies. At the end of the story, the narrator realizes that her flesh-ness has become “immortal,” and that “the earth will teem with her and her kind, their inscrutable forms and unknowable destines.”

I would highly recommend Her Body and Other Parties to any person who is interested in queer female literature—Machado’s writing is hot and cold, grotesque and beautiful, an unapologetic exploration of what it means to reconsider our residency in our own bodies.