A Regendered "Macbeth" Opens at Seaver Theatre on March 5 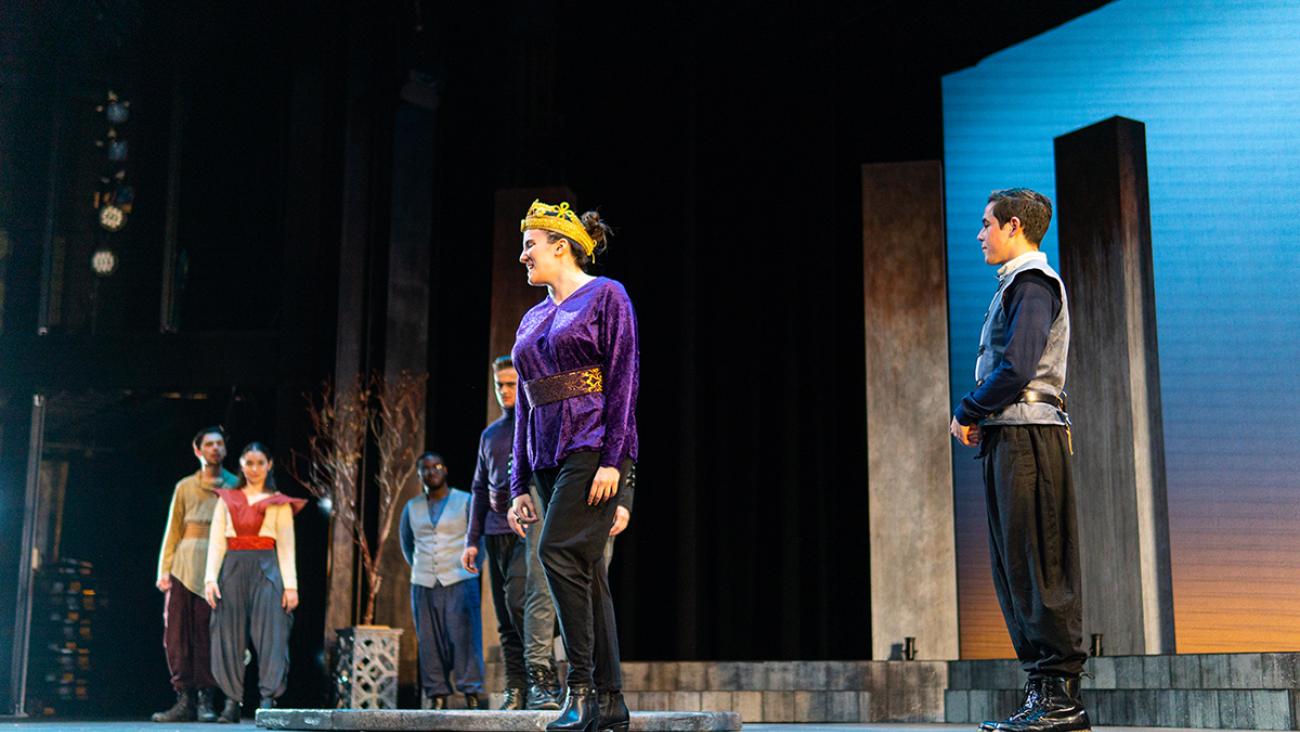 As the line goes, “everything old is new again,” and on a Pomona College stage, a 400-year-old Shakespearean play is no exception. The version of “Macbeth” that opens Thursday, March 5th in Seaver Theatre has a 2020 vision, with its modern view of gender: The genders of the characters have taken on the genders of the actors—or ones the actors have chosen for their character. With a cast that is 70 percent women and non-binary, new bodies are inhabiting the English bard’s beloved work.

“Macbeth” as originally written already subverts gender roles, but guest director Diana Wyenn and the student cast flipped them further. Wyenn was looking for the right people for the roles rather than the traditional gender of the characters. As a result, Macbeth and Macduff are female, and historically female roles like Lady Macduff and the Gentlewoman are in the hands of men. Pronouns were flipped as well, “because ‘he’ and ‘she’ are the same number of syllables. And there's a lot of ‘they’ already in the play,” says Wyenn. The roles’ gender expression varies. While Macbeth and Macduff are played by females, they have chosen to use the pronouns of he/him/his.

Wyenn says they’ve also worked to remove microaggressions, and both director and cast are challenging themselves to not make the typical choices.

Making these kinds of changes maintains the spirit of Shakespeare, says Wyenn.

After being in many rooms and on many stages with male-dominated casts, witnessing feminine strength onstage is satisfying, she says.

“It's a different space when there is balance, or in our case, it's tipped.”

But the role changes are just as satisfying for the male actors, Wyenn says.

“The male students taking on historically “women” characters are recognizing that, ‘Oh, I'm a parent. I’m not a mom, not even a dad. I’m simply a parent who doesn’t want their child to die.’” ​

Roei Cohen ’21, a theatre and computer science major who plays Macduff’s husband (a role originally written as Lady Macduff), says he’s found it meaningful to explore the implications of playing Macduff's husband/Lady Macduff within the context of his gender identity. Like Wyenn he says, “There isn't too much that is inherently gendered about the way these characters were written. That gives a lot of room to explore what messages my character's story conveys when told through my own body and voice.”

“Shakespeare in the hands of people across the spectrum of gender and sexual orientation brings out resonances that were always possible and that challenge our expectations of the work. And the work's themes are remarkably universal.”

Performances of “Macbeth” will be held at 8 p.m. on Thursday, March 5 through Saturday, March 7, and 2 p.m. on Saturday, March 7 and Sunday, March 8 at the Seaver Theatre (300 E. Bonita Ave., Claremont). Tickets are $11 general admission and $6 for students, faculty, staff and seniors.