Northern California Is Burning at an Unprecedented Rate: Prof. Char Miller Explains Why. 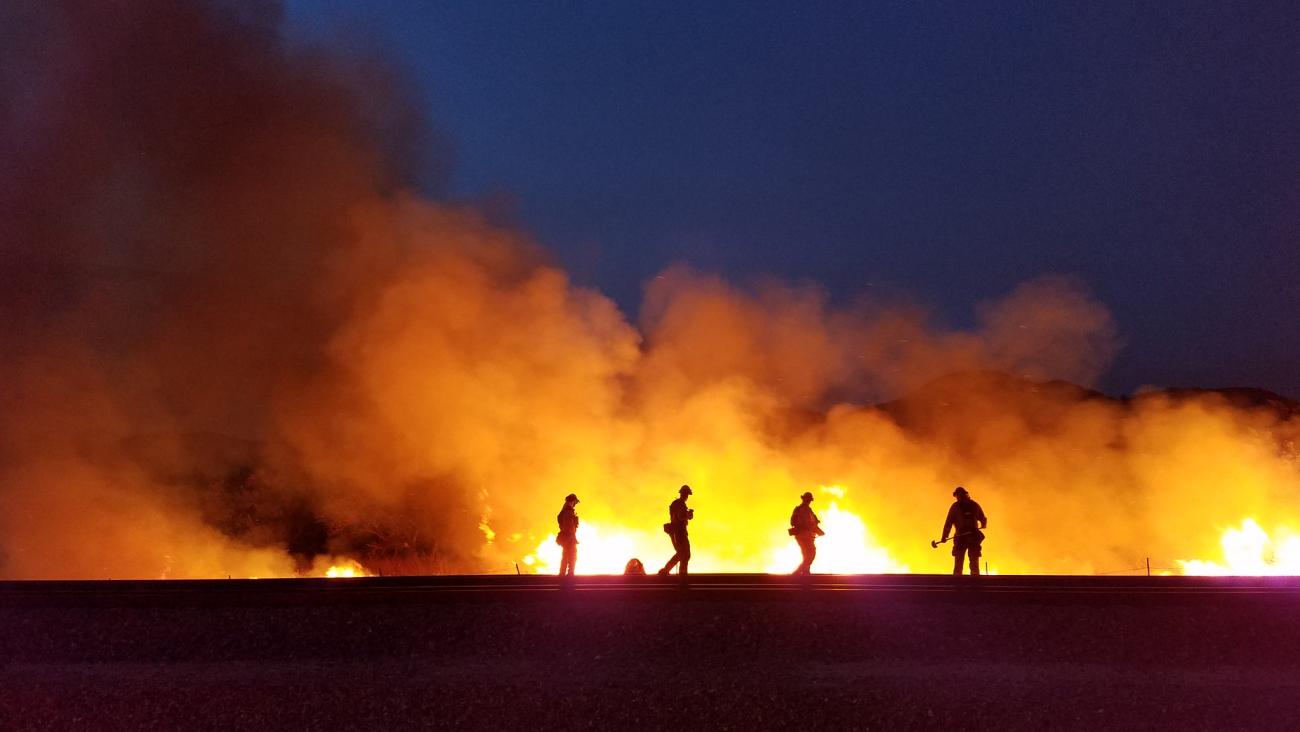 California is suffering through record-breaking heat, wildfires and red flag warnings in the midst of its annual fire season. What’s different this year: the magnitude, causes and locations of the fires in Northern California.

“The fires in Northern California are almost unprecedented in their ignition, size and siting, and the convergence of a variety of forces that have led to the explosive number and size of these fires,” says Char Miller, professor of environmental analysis and history at Pomona College and an expert on the history of wildfire in the American West. He is currently working on a new book about the history and present state of wildfire management.

Why does California experience such terrible fires?

California is a fire-state. Conflagrations are baked into the DNA of the land and the people who live on it.

We are used to infernos erupting during our annual hot and dry summers and falls. We are not surprised that high winds—Diablo, Sundowner, or Santa Ana—can act as accelerants, hurling embers far afield or sweeping flames across desiccated terrain faster than we can drive it. But we have had little experience with what those living on the Great Plains take for granted: dry-lightning storms that turn night into day and touch off dangerous grassland fires.

Until now. This past week a reported 11,800 lightning strikes ignited more than 350 fires across Northern California, a veritable siege that has burned an estimated 700,000-acres across the state and forced thousands of people to evacuate. This is one more tragic disruption in an already COVID-unsettled world. We are in the midst of a new, DNA-bending reality.

Why is Northern California suffering through unprecedented wildfires?

Prolonged warm weather plays a big role. Yes, it is hot right now, but NorCal has also had a long set of months of warm temperatures and thus a rapid drying out of vegetation. Yes, there are strong onshore winds that like bellows are pushing the fires in any number of directions, but the astonishing number of dry lightning strikes (nearly 11,000 within 72 hours) – this is hyper-unusual and has not happened since 2008.

How does lightning exacerbate these fires?

The lightning strikes signal that these are not anthropogenic-caused fires and that makes them unlike most fires in California over the past decade or so. Most of the blazes that blackened tens of thousands of acres in the state were caused by faulty utility wires or substations or sparks from mechanical devices/vehicles or arson.

Plus, these lightning strikes are hitting during a hot summer. They hit a parched terrain and desiccated vegetation, and their sparks have been sent aloft by strong winds – a fourfecta.

How is climate change affecting fires in California?

We know that climate change is one key driver of our ever-hotter planet. An example of the extremes this heat? This August, Death Valley registered an astonishing and record-setting 130 degrees. But climate scientists also have discovered that the hotter and drier it gets—and the U.S. Southwest has been doing both since the 1980s—that this produces what they call an atmospheric “thirst”: The drier the air, the higher the rate of evaporation, and increased evaporation accelerates the drying of the soil and vegetation. Fires have more fuel, in short; the drier air may account for the decline in North California of fog and in Southern California of the marine layer—only adding to the over-heating that can energize fires. Everything is connected.

Are the NorCal areas currently burning usually hit by wildfires?

What is also intriguing is where these fires are burning. The wine country, which has burned time and time again, is burning again this year. But the San Joaquin Valley? That's rare. Vacaville area – also rare; and the Santa Cruz Mountains – not all that surprising, especially in a summer with almost no cooling, moist fog. But still, not the usual first place in NorCal that has major fires. All of these then are noteworthy, smoke-signal events much like the “firenados” themselves.

How are California resources faring in the fight of these wildfires?

There are more than 360 fires currently in California, and some of these conflagrations are huge and complex in their scale and scope, which means that firefighting forces are being stretched. Perhaps stretched beyond capacity. Firefighters, ground and air support, and the requisite number of tools and machines chasing 360+ fires put an intense strain on the ability of local, state and federal firefighting agencies.

What do these fires tell us about California’s wildfire reality?

What foresters call “sleeper fires” can also be a consequence of lightning-sparked blazes. Trees, for example, that have been hit by lightning might flare up immediately or might simply smolder for days, even weeks – and then drop embers or an enflamed limb or cooked trunk, and suddenly a hitherto undetected fire erupts. This isn't over yet.