How Do You Break the Ice Online? Students' Summer Project Leads the Way 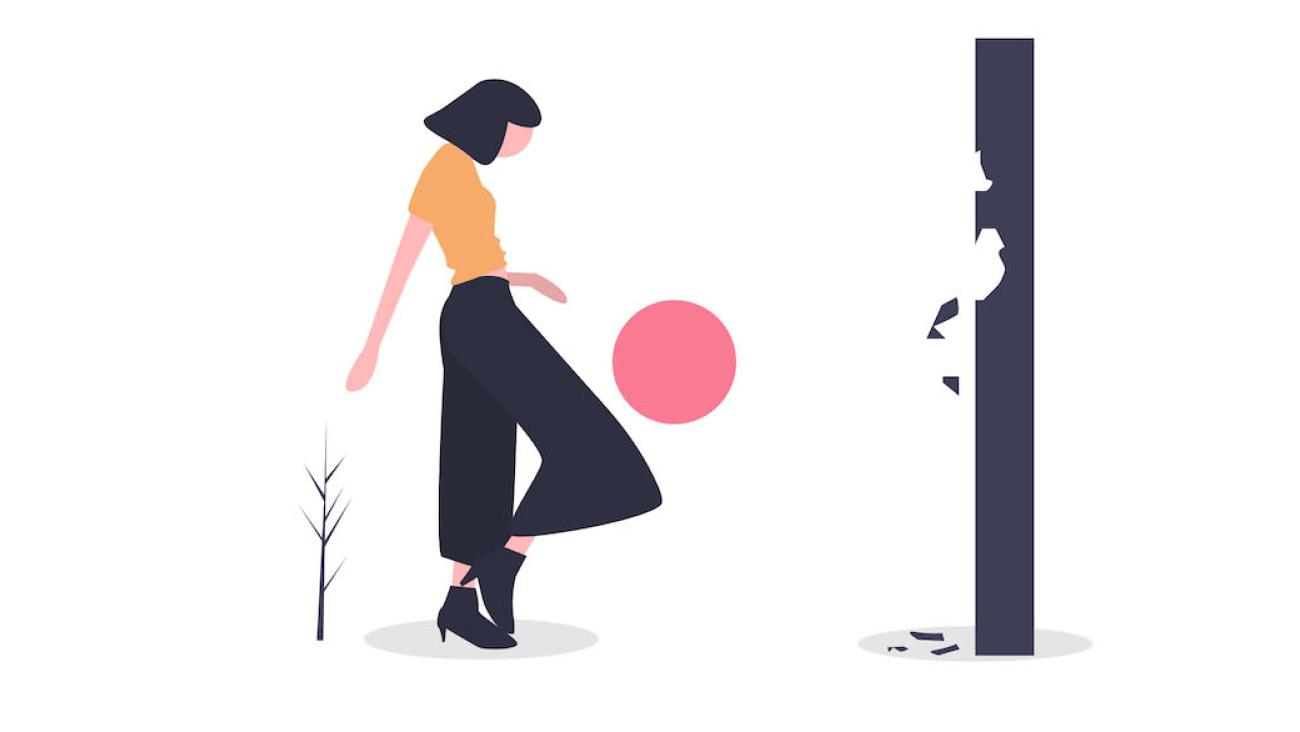 Those are a few of more than two dozen activities on Screen Breakers, a new website developed this summer by four students from the Human-Centered Design course taught last spring at The Claremont Colleges’ Rick and Susan Sontag Center for Collaborative Creativity, popularly known as the Hive.

These are icebreakers for the Zoom age, first introduced to new students at Pomona College by Orientation leaders—and now available for faculty at The Claremont Colleges and eventually beyond to use as they seek to create community among people who may have never met in person.

“We realized that Orientation was such a big part of our first-year experience, so our idea was, what if you introduced Orientation to every class?” says Yurie Muramatsu ’22, who emerged as the project leader on a team with website designer Abdul Ajeigbe ’22, Riley Knowles PZ ’22 and Eda Topuz CMC ’22.

The way the four students saw it, last spring’s shift from in-person to online was one thing.

“We already knew each other in person,” Muramatsu says. “Starting online is a whole new thing. We thought, ‘Why is Orientation just for freshmen?’”

Human-centered design focuses on creating collaborative solutions to problems people face. When the big pivot to online learning—and online work, entertainment and social life—came last spring because of the pandemic, it was clear what the fresh challenge was.

Fred Leichter, founding director of the Hive and a clinical professor of engineering at Harvey Mudd, scrapped the plans he had for final projects and gave a new assignment to the small teams of interdisciplinary collaborators in the class: redesign distance learning.

Four of those students became so engrossed in the challenge of how to create community online that they put together a new group to work through the summer. For Muramatsu and Ajeigbe, the work was supported by RAISE fellowships, the Remote Alternative Independent Summer Experience program established by Pomona College to create options for plans disrupted by the pandemic. Muramatsu had been scheduled to work at the now-postponed Tokyo Olympics, and Ajeigbe was searching for an internship.

“Once COVID happened, I actually didn't have any plans for the summer other than probably working on personal projects and things of that nature,” Ajeigbe says. “When RAISE came along it was an opportunity for me to do research on something that I actually wanted to do, that I cared about, because I really enjoyed the human-centered design project we did in class.”

Figuring out how to work together remotely posed challenges.

“We found out that with online working, even though it's obviously becoming more common these days everywhere in the world, it's just hard to get your ideas out when you're not face to face,” Muramatsu says. “It's very hard to say, ‘OK, we'll make a Google doc and everyone write your ideas.’ It just doesn't work like that. We get so much from having conversations.”

Having conversations, however, involved far-flung time zones. Muramatsu was in Singapore, Ajeigbe in New Jersey, Knowles in Pennsylvania and Topuz in Istanbul. Plus, Leichter joined meetings twice a week from Claremont.

The group settled on 7 a.m. PST, easier for some than others. Muramatsu probably had it toughest.

Part of the human-centered design process is settling on the user: Who is it meant for? The group chose first-year students and faculty or other leaders trying to create community. To organize ideas, they chose an online tool called Mural that Leichter introduced them to that allows teams to use virtual sticky notes to write down ideas and move them around.

“Our overall working environment was collaborative, flexible, and energetic, especially because we enjoyed working with one another,” Ajeigbe says, adding that the four students worked together at all stages of the design process, and Knowles and Topuz also took the lead in structuring and guiding prototype presentations. “We made sure we listened and included everyone when we brainstormed and discussed,” Ajeigbe says. “Because our project was focused on community building, it was imperative that we had that community amongst ourselves.”

The challenge in creating the actual website was “trying to make sure that I'm producing quality work, but also doing it with absolute maximum speed,” Ajeigbe says. “I wanted to make sure that I could get it out so that Orientation leaders could use it at Pomona College or professors and faculty can start to use the product as soon as possible.”

Drawing on icebreakers they had used at the Hive, their own experiences with Orientation and Sponsor Groups and from various Zoom games emerging online, the group added to its list of activities. Shakedown is a meant to be an anxiety-reducing opportunity to stand up and shake out your arms and legs together while on Zoom. In Fail Test, participants play a clap-stomp-snap game where “failing” feels totally fine. In Lemonade, a member of the group shares a lemon, or some sort of frustration or disappointment, and others try to turn it positive, or into lemonade.

The list goes on, divided into groups called Melt the Ice, Break the Ice and Shatter the Ice, with activities such as Blind Disco, Astronauts in Trouble and How Are You, Really. There’s even a schedule-making feature that allows leaders to create an agenda of multiple screen breaker activities.

Ready to start sharing the website, the team previewed it for Pomona Dean of Campus Life Josh Eisenberg. Impressed, he shared it with others.

“Not only was it going to meet the needs of students, faculty, and staff as they navigate a new online environment, but the website and content are of the highest quality,” Eisenberg says. “We arranged a second presentation where faculty and staff from around Pomona learned more about this project and planned to incorporate it into leadership training, staff council events, and just day-to-day interactions. Everyone saw immediately that it would be a useful resource.”

The student website developers then trained Orientation leaders and Resident Assistants, or RAs.

“My understanding is a lot of others schools passed up the RA position this year because the R stands for residence and there is none,” says RA Jonathan Contreras ’22, who will oversee a group of 30 to 40 students and work to create community despite the far-flung circumstances.

“My first impression was that it was just a really well put-together site, very colorful, very intuitive. It made you want to be there. And the layout of the site was very user-friendly. That was the first insight of OK, this is a tool that I can myself using.

“It was a very important part of our training because as with any of the groups that are gathering online, the hardest thing to do is to get people engaged, keep spirits high and make sure everyone's having a good time. But with the tools this group showed us, I think that we have a much better chance at it.”

Leichter, the professor and Hive director, says that if you think about it, the students who created Screen Breakers demonstrated the exact result they are seeking for others.

“You start with and understand a human need,” he says. “We're all facing this big new challenge. There are many layers to it, and by no means are they trying to solve it all. But they're just sort of taking a stab at an aspect of it. If you just look at the looks on their faces in the picture, there's a lesson for me in how we can get teams to work together in a remote setting and help design for the circumstance and the challenges that we're facing right now.”