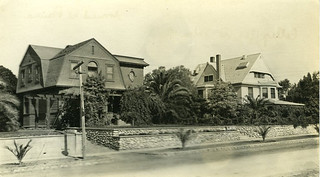 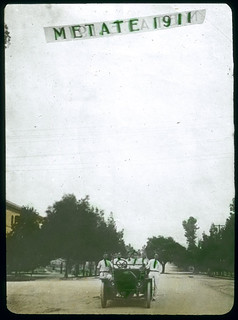 Metate Day in 1911
8 years ago by Pomona College 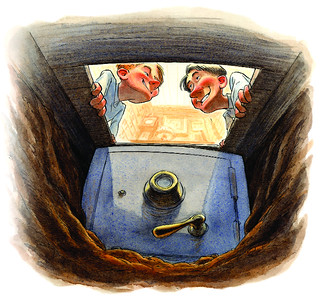 (Illustration from Pomona College Magazine) Arthur Payne ‘13 and George Merritt ‘13 carried out a great prank in 1911, making the heavy safe in the Dean’s Office disappear without a trace. It was discovered weeks later under the floorboards.
8 years ago by Pomona College
Submit a Photo China, Korea and Japan were all represented in the freshman class of 1911, and President Blaisdell expressed the hope that Pomona would “reckon with an opportunity of influence not only upon California, but also upon the islands of the Pacific and the great races beyond.”

Sophomores Arthur “Toochey” Payne ’13 and George Merritt ’13 carried out perhaps the greatest prank in Pomona College history, making the heavy safe in the Dean’s Office disappear without a trace. The safe, which was found missing from a locked office following a College picnic, wasn’t discovered until weeks later, when a professor noticed a squeak in the floorboards where the safe had been. Removing a loose piece of linoleum, he found that the floorboards had been cut. Buried in the dirt beneath the floorboards was the missing safe. The culprits didn’t admit to the crime until long after they had graduated, and the story was chronicled in Frank Brackett’s volume of early Pomona history titled Granite and Sagebrush.

As explained in the 1912 Metate (which was published by the junior class in 1911), the rivalry between freshmen and sophomores at the beginning of the school year played out through a number of competitions and traditions, including the “Pole Rush,” a competition similar to capture-the-flag in which freshmen and sophomore men climbed a pole to get to the other team’s flag or defend their own. If freshmen won both the Pole Rush and the subsequent freshman-sophomore football game, they got to carry around canes for a few weeks. If the sophomores won, they got to punish the freshmen by making them wear something embarrassing and smacking them with paddles if they refused.