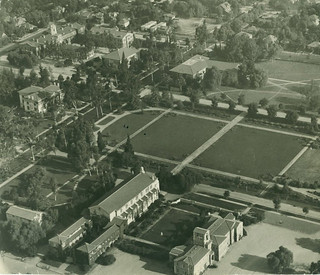 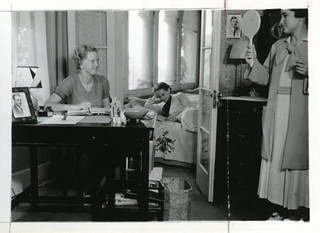 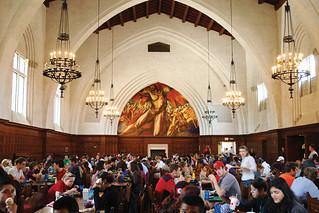 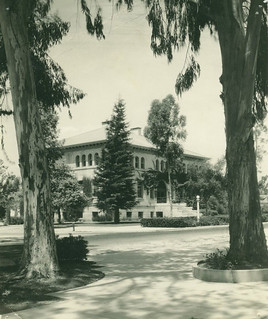 Pearsons Hall in 1930
7 years ago by Pomona College 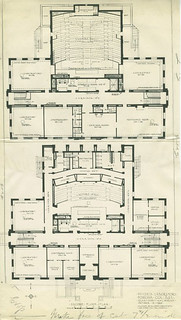 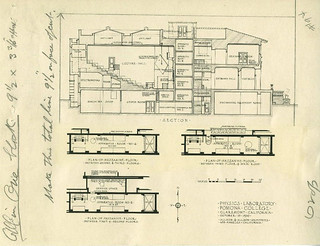 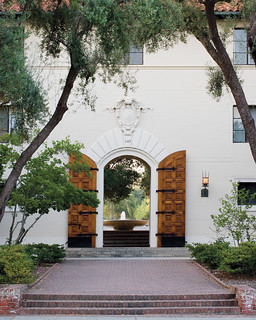 The "sophomore arch" in front of Clark residence halls, built in 1930
14 years ago by Pomona College 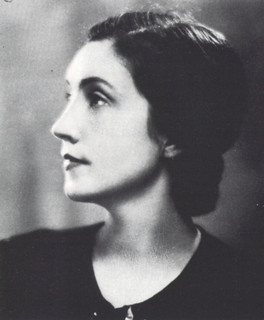 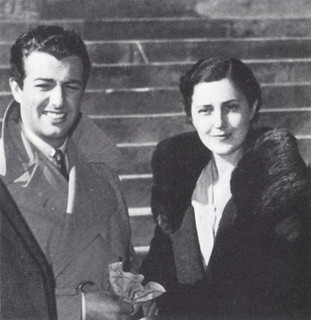 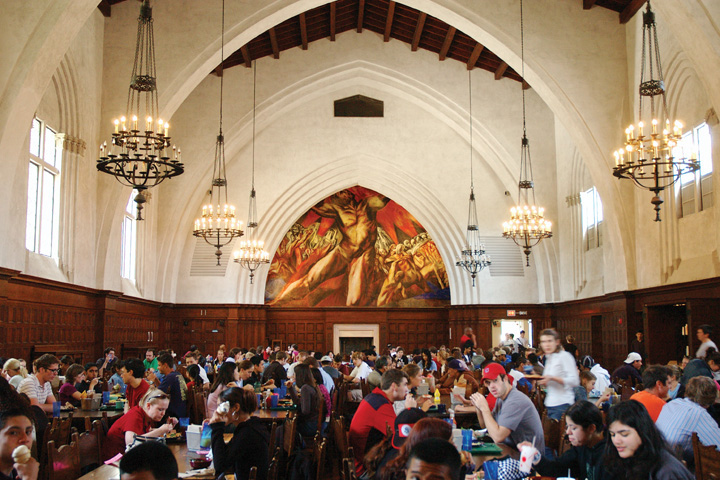 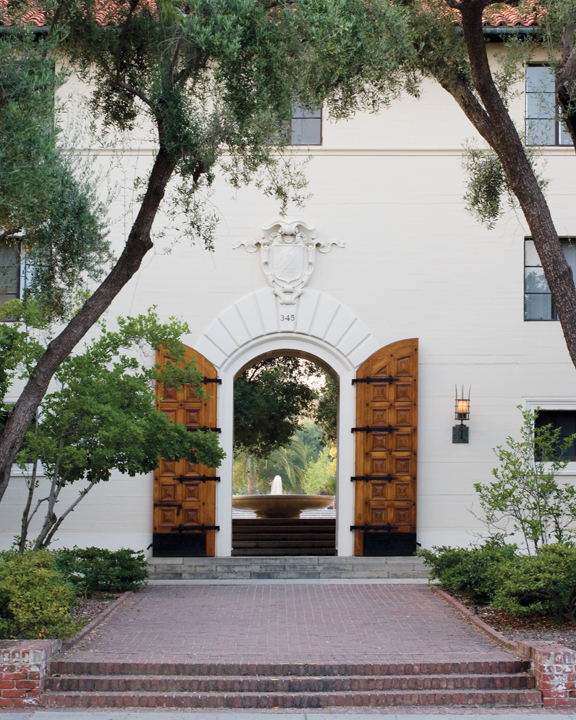 Completed in 1930, José Clemente Orozco’s Prometheus mural, which presides over the great north wall of the refectory of Frary Hall, is significant in several respects. The first mural painted in the United States by the great Mexican muralist, who would later move on to ambitious commissions at the New School for Social Research in New York City and Dartmouth College, Prometheus marks the launching of the Mexican mural movement in this country. Orozco was invited to Pomona at the urging of José Pijoan, a popular professor of Hispanic civilization and art history. While on campus, the artist was housed in Clark Hall and took his meals in Frary Hall. He befriended students, who watched the mural take form and helped raise funds for the artist’s fee.

An audacious choice at a time when American mural painting was typically bland and decorative, Orozco, whose style was influenced by sources as diverse as Michelangelo and the political murals of his native Mexico, gave Pomona a startlingly expressive interpretation of the Titan of Greek mythology. As scholar David Scott has written: “In at least one fundamental sense, Prometheus was the first major ‘modern’ fresco in this country…It revealed a new concept of mural painting, a greatly heightened direct and personal expression. It challenged accepted conventions which decreed that wall decoration should be flat and graceful, pleasant, decorous, and impersonal. In Prometheus, Expressionism achieved a monumental scale.”

As the fire Prometheus stole from the gods is generally understood to represent enlightenment, the myth offered a fitting metaphor for the task of the College. There may also have been a degree of personal identification in the choice of subject: Orozco, whose work was still largely unappreciated in 1930, saw himself as a heroic rebel whose efforts to enlighten, like those of Prometheus, were spurned and punished. The skill with which Orozco had scaled the composition to its architectural environment was particularly applauded. In a Time magazine interview in 1930, architect Sumner Spaulding was asked how he liked the mural; he responded: “I feel as though the building would fall down if the fresco were removed.”

At the time of his inauguration in 1928 as Pomona’s fifth president, Charles K. Edmunds identified residential needs as primary. It was fortunate that funds for creating a men’s campus were already in hand. In 1920, during the tenure of President James Blaisdell, Board Vice-President Eli P. Clark had donated to the College 150 acres of land at the mouth of Las Flores Canyon (now Malibu). Then valued at $10,000, the parcel was sold in 1926 for $600,000 to a land company owned by William Randolph Hearst. It was immediately suggested that the resulting “Clark Trust,” which was designated for capital improvement, be used for dormitories. In November 1926, the trustees approved a contract with architect Sumner Spaulding, of Webber and Spaulding, Los Angeles, for a men’s residence that, it was hoped, would be under way by 1927. In fact, construction was delayed by financing issues and indecision about the site and scale of the project, and did not begin until February 1929. The single unit of dormitories and refectory that had been approved were completed by fall 1929 and dedicated on Oct. 12, and two more units were completed by September 1930; after that date, work on the men’s campus was halted until 1953.

Sumner’s design for Pomona’s dormitories and refectory, which were constructed of light-colored reinforced concrete with red tile roofs, was consistent with existing campus buildings, particularly those of Myron Hunt. At the same time, the Romanesque arches, cloistered walks, intimate courtyards, spacious plaza with fountain, and such details as the carved wooden door leading into the dining hall, all reflected the architect’s recent exposure to European architecture, particularly that of Spain where he had traveled in the Balearic Islands. According to architect Robert A.M. Stern, the Clark dormitories and Frary Hall, created “in the spirit of (Myron) Hunt’s vision…marked a major evolution in the growing college as well as in its architecture.”

The “Pomona-in-Smyrna” program, similar to contemporary programs like “Yale-in-China” was introduced as an extension of the College’s overseas presence. International College in Smyrna (Izmir), Turkey was chosen to be the overseas sister college of Pomona.

Virginia Princehouse Allen ’26 joined the faculty as instructor in drama, beginning a tenure that would span more than three decades and include directing 83 plays. She is remembered today through a number of academic prizes in the Theatre Department and through the Virginia Princehouse Allen Theatre, a “black-box” theatre in the Seaver Theatre Complex that was named in her honor when the facility opened in 1990.

With the completion of the second residence unit of the Clark residence halls on the North Campus, the arched entrance to the unit from Sixth Street became the site of a new assertion of power by the sophomores over the lowly freshmen. Appropriating the arch as their own, the sophomores forbade passage by any first-year student through what would thereafter become known as “the Sophomore Arch.”

To encourage leadership and service to the College, Dean of Women Jessie Gibson organized a senior women’s honor society. This group petitioned for a chapter of Mortar Board, the national women’s honorary society that had been organized a few years earlier at Swarthmore College. The petition was granted, and the 46th chapter of Mortar Board was installed at Pomona on March 28, 1930.

Reflecting a strong sense of student involvement in College affairs, The Student Life adopted a seven-point program and carried it on the editorial page of each issue during 1930-31. The list of student desires included better lighting in the library, moving the starting time for early classes from 7:30 to 8 a.m., the institution of a pass-fail system in place of traditional grading, for-credit classes in journalism, a student union building, more financial support for student activities, and regular student body meetings for rallies. The College quickly acceded to the first two requests, but the others met with less immediate success. For the new student union, the students would have to wait until 1937, when the nation began to recover from the Depression.

The annual Alumni Fund was established in 1930, when for the first time financial appeals were sent to graduates without specific capital improvements in mind. A cheerful editorial in the College Bulletin noted that henceforth, “every former student will be given an opportunity once a year to contribute as much as he may desire.”

John Cage, one of the leaders of avant-garde music in the 20th century, attended Pomona from 1928 to 1930 but didn’t graduate. He was a prolific and inventive composer and musician whose influence spread beyond the world of music into art, dance and performance art. In 1952, he staged his notorious piece 4' 33”—considered to be the first “happening”—which consisted of a pianist sitting at the piano and not playing for four minutes and 33 seconds. Cage was also known as a writer and visual artist.