A silhouette shot of how the campus looked in 1912.
8 years ago by Pomona College 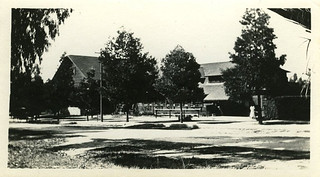 Claremont Inn in 1912
8 years ago by Pomona College 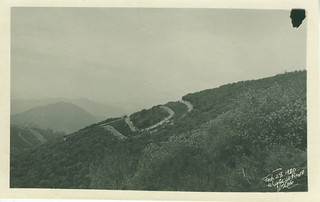 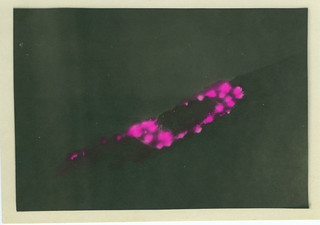 The Pomona "P" in 1920 - It was built in Palmer Canyon in 1912 and maintained by students. Pink coloring was added to the photo.
8 years ago by Pomona College 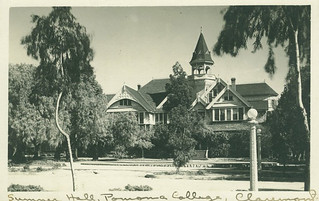 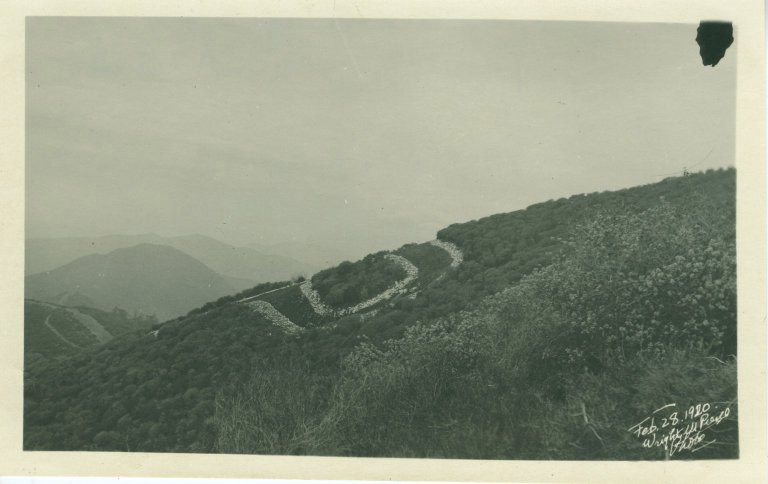 In June 1912, the Board of Trustees adopted a policy that was, in effect, a sort of academic mission statement, committing the institution to the broad liberal arts. According to this policy, “the College shall seek distinction as an institution of liberal culture following the general type of those institutions which are distinctively known as Colleges as over against institutions known as universities or vocational schools. It believes that all departments of the College should be organized to contribute to the general culture of the student body rather than to create specialists or to attract a body of students separate from the general College company. In conformity with this ideal, it holds that the College should aim to furnish to its students such training of mind and such an introduction to the larger appreciation of the past and the present as shall be the basis for a broad and intelligent citizenship and shall be, after graduation, a foundation for later specialization.” This policy provided a philosophical groundwork for the subsequent absorption of Pomona’s two separate schools, the School of Music and the School of Art and Design, into the general curriculum.

Guest Rooms in the Claremont Inn

In 1912 a wing containing guest rooms was added to the Claremont Inn, and, until 1965 when these were closed due to safety hazards, the Inn was a convenient and popular hotel, describing itself in early brochures as “a friendly family inn” and “a quiet hotel of the New England type.” Pomona students waited tables, and meals were reasonably priced; in 1940, one could dine on rice croquettes with chipped beef for 40 cents or splurge on rack of lamb for 75 cents. A multi-course Christmas dinner cost $1.25.

The College Catalog lists a new department in Italian.

Sigma Tau, founded in 1912, became the second fraternity on campus to survive for the long term.

In February 1912, 26 men from the College climbed up the mountainside above Palmer Canyon, overlooking the Pomona campus miles away, to clear the brush to create an immense letter P. Constructed atop Palmer Canyon overlooking the Pomona College campus, the letter was more than 200 feet long and 150 feet wide, and the lines of the letter, made of whitewashed rocks, were 30 feet wide. In later years, students would build fires to light the letter prior to games against rival Occidental College.