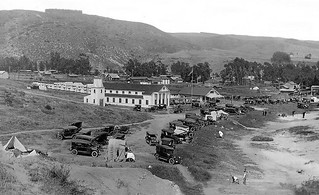 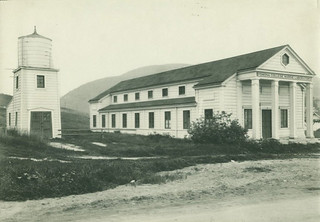 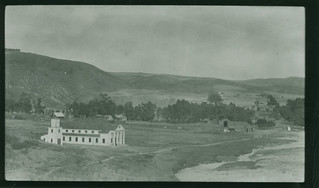 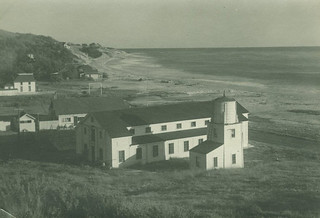 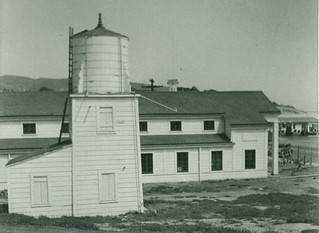 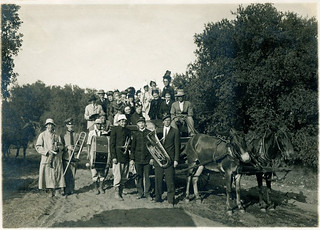 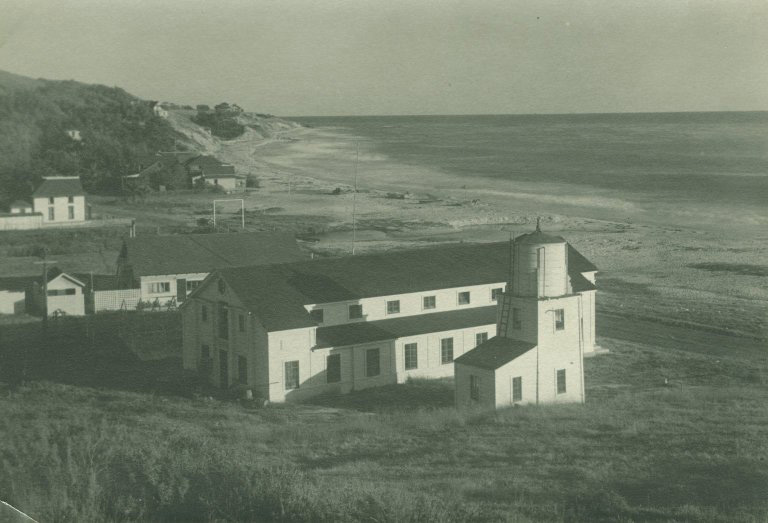 At Commencement 1913, a historical pageant was held at the not-yet-completed Greek Theatre in honor of the College’s 25th year. The program began with “The Founding of the College,” a re-enactment of the opening exercises in Ayer Cottage on Sept. 12, 1888, with three of the original trustees present to play themselves. Subsequent scenes included the bringing of electricity to the Pomona Valley and performances by the band and the Men’s Glee Club.

The biggest addition to the Pomona campus in 1913 wasn’t on the campus but in Laguna Beach, where a marine laboratory was constructed as a gift to the College from interested citizens of Orange County. The laboratory was the culmination of summer expeditions in which Pomona professors of biology took students to the beach to study marine life, first near San Pedro and later at Laguna Beach. The Laguna Beach lab remained in operation, with a few interruptions, until it was sold in 1943. The six-week summer program continued at a rented facility, Caltech’s Kerckhoff Marine Lab in Corona del Mar, until 1967.

The College awarded its last Bachelor of Music degree in 1913 as it completed a three-year process that discontinued the separate School of Music and School of Art and Design and absorbed them into the standard college curriculum. This inclusive approach to music and art was unusual in the United States at the time but would become common practice in future years.

The College Catalog lists a new Department of Germanic Languages and Literatures and a new combined Department of Mathematics and Astronomy.

The Pomona College Masquers, formed in 1913 by the cast that produced Shakespeare’s The Merchant of Venice, soon became one of the most active societies on campus. Masquers were chosen by audition for their theatrical talents and produced two plays each year, the second being staged at the Greek Theatre as an athletic benefit. The group continued until the late 1960s.

In 1913, The Student Life began to publish in newspaper form on a semi-weekly basis, eventually expanding to a tri-weekly publication. Instead of requiring students to pay a subscription, the paper was subsidized by student body fees, which did not become mandatory until 1925.

The 1914 Metate (published by the junior class in 1913) included a list of what the students considered Pomona’s greatest advantages, including:

The “Million Dollar Campaign,” the second campaign under President Blaisdell’s tenure, was intended to support the goals of “Greater Pomona,” which included funds for the endowment, buildings and grounds, and to retire debt. Four new buildings were financed by campaign donations: Rembrandt Hall, Mabel Shaw Bridges Hall of Music, Harwood Hall for Botany and a marine laboratory at Laguna Beach, where Professor William Atwood Hilton held summer sessions for students for the next 30 years.

In 1913, with both student and faculty approval, Pomona became the first college on the West Coast to institute the “freshman rule,” requiring students to be in residence one full year before becoming eligible for varsity teams. Beginning in Sept. 1914, freshmen would play only on specially organized freshman teams. Occidental College and the University of Southern California soon followed suit, laying the groundwork for a new conference to be formed in 1914, the Southern California Intercollegiate Athletic Conference (SCIAC).

The athletic nickname “Sage Hen” first appeared in a Nov. 29, 1913, issue of The Student Life, in which Sports Editor E.H. Spoor 1915 wrote, “Once again the Oxy Tiger wanders from his lair and comes to peaceful, peaceful Claremont with intent to murder. The Sage Hen will fight—on the field. On the campus she is entirely amicable.” From 1914, the nicknames “Hun” and “Hen” seemed to be interchanged arbitrarily, with Sagehen winning out by 1918. There are several stories regarding the origin of this unlikely nickname as Pomona’s mascot. One is that a reporter while intending to refer to the Pomona athletic teams as “sage [meaning wise] Huns,” accidentally typed “hens” instead—a story that seems unlikely considering the distance between the “e” and the “u” on typewriter keyboards. Another is that the name “Huns” went out of favor because of its invective use during World War I and, as a cost-saving measure, the name was chosen because uniforms that already bore the nickname “Huns” could be altered by the replacement of a single letter.

Harry Kingman ‘13 completed his career as a four-sport athlete with the Sagehens (track, baseball, tennis and basketball) and moved on to pitch for the New York Yankees in 1914 and 1915.

Electric lights were erected along College Avenue, a $300 gift from the Pomona College Class of 1913.