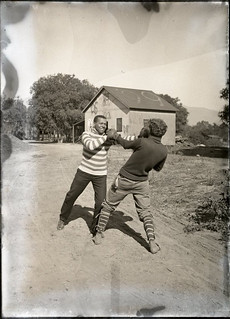 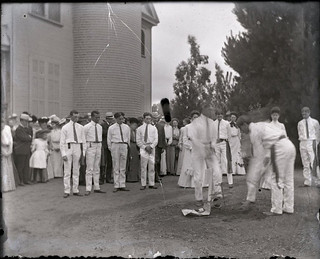 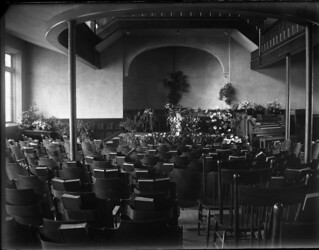 The Holmes Hall chapel decorated with flowers for the funeral of Pomona College student Vernon Wolcott, who died of pneumonia on March 15, 1904.
8 years ago by Pomona College 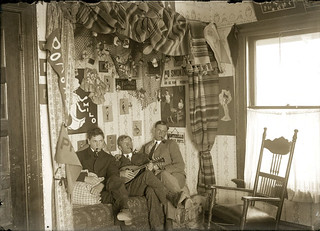 Three Pomona College students in a student room in 1904. It probably isn't on campus as there was no on-campus housing for men at that time.
8 years ago by Pomona College 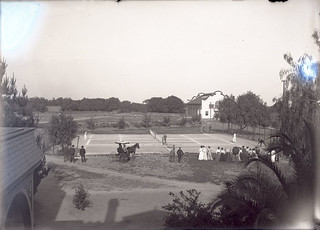 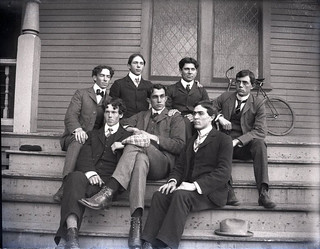 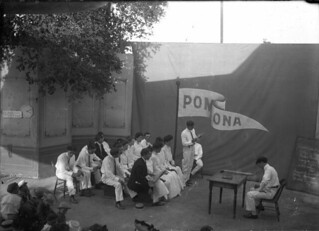 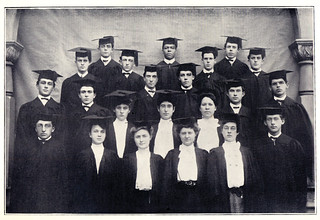 Winston Dickson 1904 (middle of the top row), Pomona's first Black graduate, in a photo from the 1905 Metate
8 years ago by Pomona College
Submit a Photo 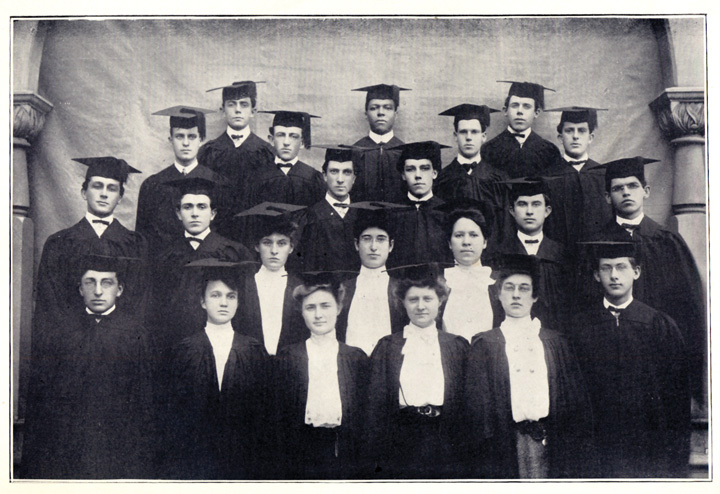 Under President Gates, a new period of campus expansion began with a renovation and enlargement of Holmes Hall, expanding the size of the chapel and adding two music rooms.

The student government organization, Associated Students of Pomona College, was formed in 1904, and Frank Seaver 1905 was elected as its first president. Seaver would go on to become one of Pomona’s most important trustees and, arguably, the most influential donor in its history.

The 1905 Metate (published by the junior class in 1904) includes the first appearance of the Pomona College Prohibition League, a student organization working to “prohibit the liquor traffic.” Part of the Intercollegiate Prohibition Association, the organization was an example of the growing influence of the Temperance Movement in the country at the time, which would ultimately result in the prohibition of alcohol with the Eighteenth Amendment to the Constitution in 1919.

Winston M.C. Dickson 1904 of Houston, Texas, became the first African American to graduate from Pomona College. After studying law at Harvard Law School and Boston Law School, he returned to his hometown of Houston, where he would practice law until his death in 1959. Though his presence on campus seemed to indicate an openness to diversity, very few African American students would follow in his footsteps until the 1960s.

Inspired by Andrew Carnegie’s mammoth program of library building around the country (eventually he would provide funds for a total of 2,505 libraries), the Board of Trustees voted to ask Carnegie for $30,000 to $40,000 for a new library. Almost a year later, Carnegie offered the College $40,000, provided that the institution would raise an equal amount for building maintenance and endowment.

In spring 1904, Pomona’s track team participated in track meets with Stanford University and the University of California, Berkeley, the first such athletic meeting between schools from Northern and Southern California.

The football team recorded its largest margin of victory in a 95-2 win over St. Vincent's.

The Entente Cordiale was signed between Britain and France.

Construction of the Panama Canal began.