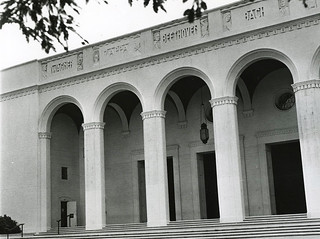 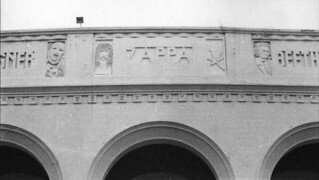 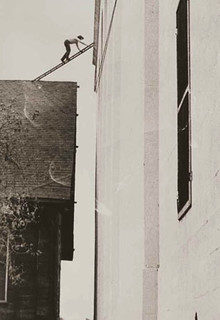 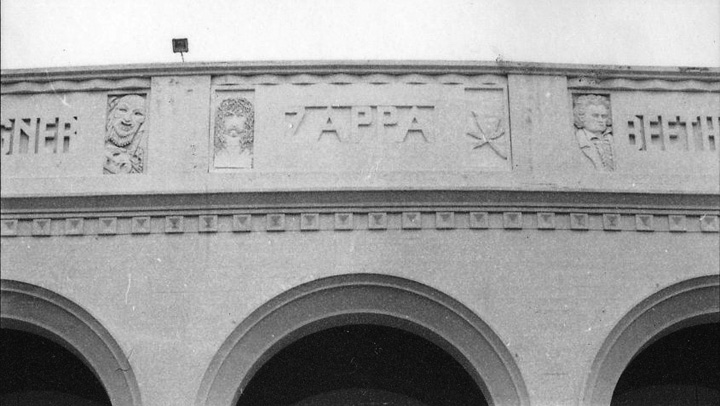 Religion Professor Robert T. Voelkel became the new Dean of the College, succeeding Dean Lee McDonald, who had served in that capacity for five years before returning to the faculty. However, since Dean Voelkel had already arranged to spend the coming year in Germany on sabbatical leave, he didn’t assume his new duties until 1976. Professor Virginia Crosby served as acting dean in the interim.

Since at least the early 1970s, the curved wall that forms the northern border of Walker Beach had been used by students as a medium for painted messages of various kinds, from the scatological to the humorous. It was first officially recognized as a free-speech wall in the spring of 1975 when students painted “Free Angela” on its inner surface, referring to the imprisonment of activist Angela Davis. Significantly, College administrators decided not to remove the slogan, and since then, generations of Pomona students have turned Walker Wall into a public forum, expressing everything from whimsical musings to profoundly serious political statements. Perhaps most moving was the response to the attacks of Sept. 11, 2001. On that evening, the wall was painted a uniform black; on the second day, the New York skyline appeared, with the Twin Towers restored and the words “You Are in Our Hearts.”

Age of the Minicomputer

Pomona purchased its first “portable computer,” the second IBM 5100 minicomputer to be delivered in the nation, in 1975 for $17,000, funded by the Seaver Institute for use in the Seaver Laboratory for Biology and Geology (Seaver South).

From The Student Life (concerning Mufti, the secret organization that uses printed stickers to post abstruse messages about College events around campus):

“Unless Mufti, Pomona’s strike-by-night midnight skulkers, changes their brand of glue, all Pomona students could possibly have a $1 a year ‘Mufti-removal’ charge added to their student body fees. According to Tom Holland, director of campus planning and maintenance, it takes one workman an average working time of twenty minutes to remove one sign. Assuming there are anywhere from three to five hundred old Mufti stickers adorning Pomona walls, statues and fountains at any given time, annual Mufti-removal involves a minimum of 100 man-hours.”

In connection with a concert by Frank Zappa and the Mothers of Invention at Bridges Auditorium, unknown culprits carried out one of Pomona’s greatest pranks by temporarily adding Zappa’s name and face to the pantheon of great composers carved into the frieze at the top of the building’s façade. The actual lineup in the frieze, from left to right, is Wagner, Chopin, Beethoven, Bach and Schubert, with the composer’s portrait to the left of his name and a decorative motif to the right. Using Styrofoam to imitate the stone of the building, the pranksters seamlessly covered Chopin’s name with Zappa’s, with his portrait to the left and a stylized marijuana leaf to the right. In 2012, John Irvine ’76 and Greg Johnson ’76, both math majors, stepped forward to confess that they were the pranksters. They even had the photos to prove it, including a photo of Irvine working on the Styrofoam frieze and a photo of Johnson making the dangerous climb from the top of the old gymnasium to the roof of Big Bridges on a precariously angled ladder (see Photos).

Portions of a four-hour, ABC-TV miniseries titled “Eleanor and Franklin,” starring Mackenzie Phillips, Jane Alexander and Ed Herman, were filmed on the Pomona campus in June. The program began to air at year’s end.

The Claremont Colleges council of presidents decided to close Big Bridges at the end of the school year for a renovation project that would last the better part of two years. Although the Fellows of The Claremont Colleges had authorized additional funds when the building was being constructed in 1930 to ensure its structural integrity, safety codes had become more stringent since that time, and by 1975, the building was deemed substandard. It had also suffered the usual wear and tear over the years and was in need of both a structural retrofitting and a cosmetic face-lift. The impetus behind a "Save Bridges" campaign began in 1973 with a Pomona College junior, Michael Burney '75, who hatched what college officials considered at the time an unlikely plan to raise $500,000 to modernize the building he’d fallen in love with while working there as a student employee. Eventually, the campaign became a reality, raising more than $1.5 million. In addition to cosmetic renovations, the project included seismic and fire/life safety upgrades as well as auxiliary power, new lighting, new sound system, new stage rigging, improved ventilation and an elevator in the lobby. The renovated Bridges reopened in 1977.

Mary Schmich ’75 received the Pulitzer Prize in 2012 for commentary for her column in the Chicago Tribune. One of her columns "Advice, like youth, probably just wasted on the young,” which she described as what she would say if asked to give a commencement piece, gained notoriety when it was falsely attributed to Kurt Vonnegut. Schmich, who published an adaptation of the column, Wear Sunscreen: A Primer for Real Life, also was the author of the Brenda Starr comic strip from 1985 to 2011.

The Rocky Horror Show is released in cinemas by 20th Century Fox and soon becomes a cult classic.