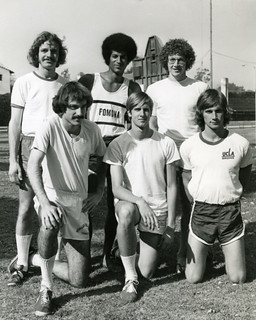 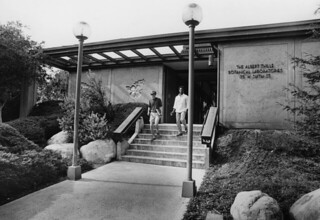 Thille Botanical Laboratories, built in 1976 and torn down in 2003 make room for the new Seaver Biology Laboratory
8 years ago by Pomona College 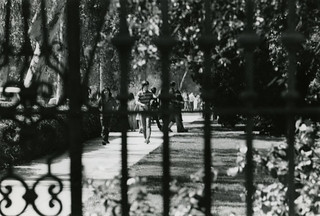 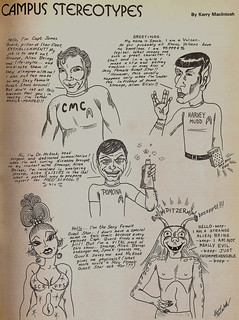 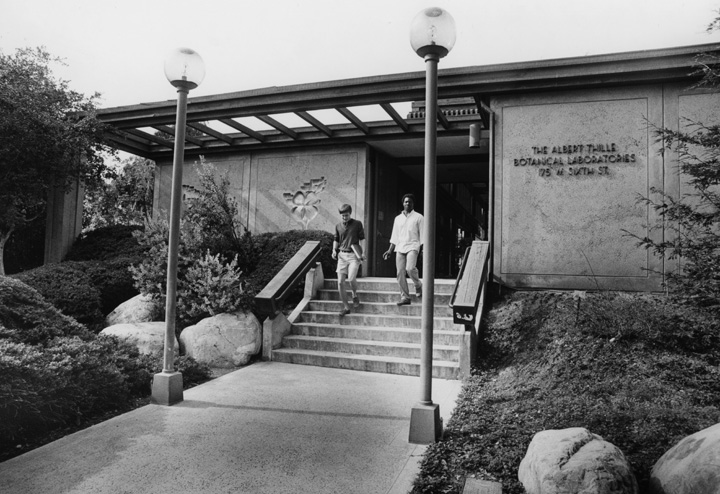 Thille Botany Building came about in part through an elaborate shift of department locations in 1974. Botany and other “living sciences” had been housed in Crookshank Hall but were moved to make room for the English Department, which, in turn had been moved from Holmes Hall to free space for administrative offices. A gift from the Thille Foundation, established by citrus rancher Albert Thille, had originally been designated for a new wing on Seaver Laboratory for Biology and Geology (Seaver South). Instead, however, the donation was split, with funding going toward a new music building (Thatcher) and making possible a new building for botany.

The 12,261-square-foot building housed classrooms, seminar rooms, labs and offices, all of which opened onto an interior greenhouse-atrium, covered by a lath roof, and including a stream with fish and frogs, pools, and, in the center, a redwood tree planted by Edwin Phillips and botanist Lyman Benson. Two “phytotrons”—laboratories comprising a series of chambers in which light, temperature, and humidity could be controlled—permitted experimental work on the effects of environmental change on plant life; three “wet labs” served physiology-ecology, general botany, and bio-chemistry and micro techniques. The complex also contained a taxonomy laboratory with a “working herbarium” containing 300,000 dried plant specimens and considered one of the most important in the American west; the herbarium, like the library, was jointly administered by Rancho Santa Ana Botanic Gardens. The Thille Botany Building received an award of merit from the Pasadena chapter of the American Institute of Architects in 1977.

Thille was also home to several works of public art—a wall sculpture given in 1976 by its creator, Linas Naujokaitis, and a group of students, faculty and alumni calling themselves the “Botany Gang”; and two cast stone “sunken reliefs,” based on botanical specimens, by local sculptor John Edward Svenson. The latter, which adorned the façade facing Sixth Street, were recently reinstalled at the entrance to the Rancho Santa Ana Botanic Garden.

In honor of the nation’s Bicentennial, Pomona began the 1976-77 academic year with a special theme, “Enlightenment and Revolution,” which touched upon both academic courses and cultural events.

The Southern California Intercollegiate Athletic Association made a provision in 1976 for women’s teams to enter into regular intercollegiate competition.

Bob Orell ’76 won the national championship in the javelin for the second straight year with a throw of 238’8”.

Pomona College senior Penny Dean ’76 broke the world record for the endurance swim from Marineland to Catalina Island. Her time of seven hours, 15 minutes and 55 seconds cut more than an hour and a half off the old record. This accomplishment presaged a more publicized performance two years later, when she would swim the 21-mile English Channel in seven hours and 40 minutes, shattering the previous men’s record by more than an hour and setting a new standard that would hold up for decades.

Claremont Men's College became coeducational in 1976 but didn’t change its name until 1981, when it became Claremont McKenna College, in honor of founding trustee (and Pomona graduate) Donald C. McKenna ’29.

Richard Preston ’76 is a best-selling author whose nonfiction books include The Hot Zone, The Demon in the Freezer and The Wild Trees. His thriller about bioterrorism, The Cobra Event, is said to have kept Bill Clinton up all night and led to changes in White House policy. In 2009, he was chosen by Harper-Collins and the Michael Crichton estate to complete Crichton’s unfinished novel Micro.

Playwright and director George C. Wolfe ’76 won the 1993 Tony Award for directing for Angels in America: Millennium Approaches. Two years earlier, he wrote the book for Jelly’s Last Jam, a musical about the life of Jelly Roll Morton and, in 1996, created and directed Bring in ’da Noise, Bring in ’da Funk, which earned him his second Tony. Wolfe also has directed for film and television and appeared in several small roles as an actor.

Paul Fussell ’45 won both the 1976 Ralph Waldo Emerson Award for studies of the intellectual and cultural condition of man and a 1976 National Book Award for his ground-breaking book, The Great War and Modern Memory, published by Oxford University Press.

The U.S. Treasury reintroduced the two-dollar bill on Thomas Jefferson's 233rd birthday as part of the Bicentennial celebration.

Viking 1 and Viking 2 landed on Mars and launched a lasting debate concerning an on-board experiment that seemed to indicate the presence of life.