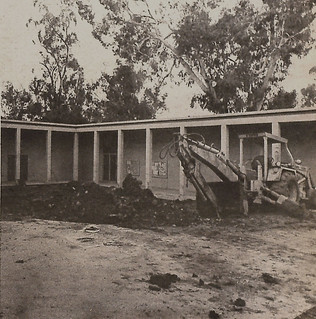 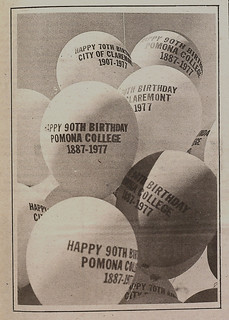 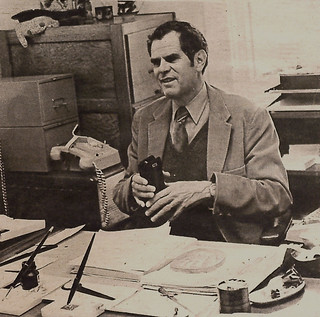 Crookshank was re-dedicated in 1977 when the building was remodeled for the Classics and English departments. The $364,000 renovation began in the fall of 1976, and included moving the Botany department across the street into the new Seaver Laboratory. Crookshank’s interior was updated with new carpets, furniture and modernized restrooms, in addition to 10 classrooms and several faculty offices. A reading room and library named after Ena H. Thompson (1888–1980), a generous patron of the College, was also part of the renovated building.

A new 2,500-square-foot exhibit gallery was added to the Montgomery Art Center, doubling the total exhibition space. The new gallery featured ceiling-hung movable display panels and a humidity control system. Costs for the $357,000 project were funded by a gift from Mrs. Gladys K. Montgomery, who funded the original construction of the center in 1958. The opening exhibition was Works on Paper 1900-1960 from Southern California Collections.

To help middle-income families, Pomona announced an innovative financing plan called the Parents Loan Program. The program provided families with a direct loan from the College of $2,000 to $6,000 per year, repayable over a period of six to eight years. The interest rate was a then-attractive 8.75 percent, compared to commercial rates of 12 percent or more. The program was restricted to parents whose gross annual income was between $25,000 and $60,000.

The women’s basketball team, coached by Nancy Breitenstein, went 8-0 in the SCIAC in the first year of women’s varsity competition and represented the SCIAC in the AIAW Regionals. Breitenstein would coach until 1992 and compile a 266-103 overall record (130-20 in SCIAC games).

Emmy Award winner Allison Jones ’77 has been the casting director for some of the most celebrated comedies on television, including The Office, Arrested Development, Curb Your Enthusiasm and Parks and Recreation. In 2000, she won the Emmy for outstanding comedy casting for Freaks and Geeks. Recent movies cast by Jones include The 40 Year Old Virgin, Knocked Up and Bridesmaids.