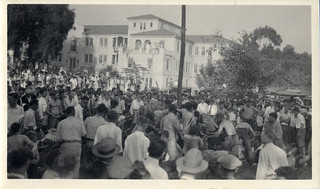 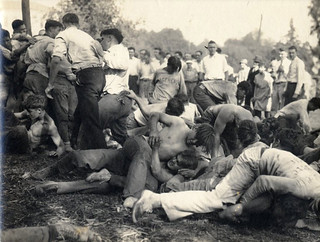 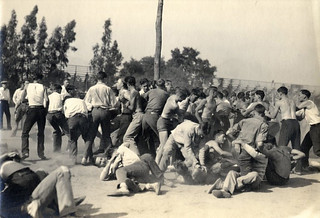 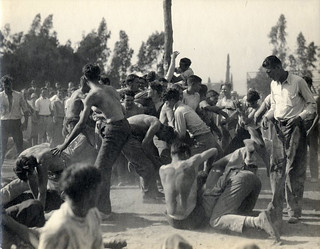 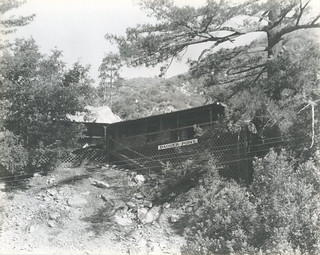 Kappa Delta fraternity cabin in 1926-27. The sign on the cabin reads "Dagger Point."
8 years ago by Pomona College
Submit a Photo 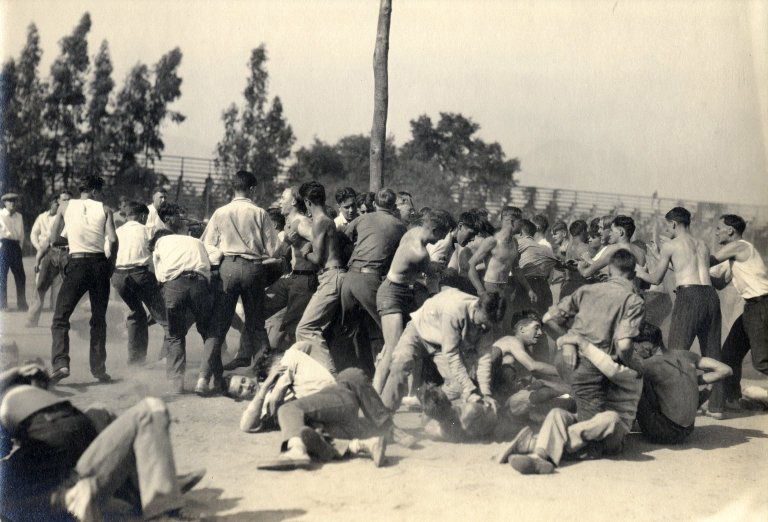 President Blaisdell returned from a yearlong sabbatical in Europe to a doubled workload as the chief executive of both Pomona College and the new consortium, incorporated the previous year.

The traditional annual brawl between the sophomore men and the freshman men called the Pole Rush—the object being to get the class's “colors” to the top of the pole and keep it there for a minimum required time—was held for the last time in 1926.

In 1926, The Student Life (Pomona’s student newspaper) increased its schedule from three issues a week to five, publishing from Tuesday through Saturday. Funded by a required Associated Students fee and by a growing volume of national advertising, the newspaper continued through the Great Depression as a daily, cutting back in 1933 to four issues a week. By 1935, it returned to five issues.

From the 1927 Metate (published by the junior class in 1926): “The best bootlegger in the whole neighborhood of Claremont has been caught. The improved behavior of the college men is very noticeable.”

Campus Filming: One Minute to Play

In 1926, much of the filming for a silent film starring Harold “Red” Grange, titled One Minute to Play, was filmed on campus, including a very recognizable scene from Memorial Courtyard.

Scripps College for Women was founded in 1926, with Pomona Trustee Jacob C. Harper serving as its first Board Chair and Pomona’s Dean of Faculty Ernest J. Jaqua as its first president.