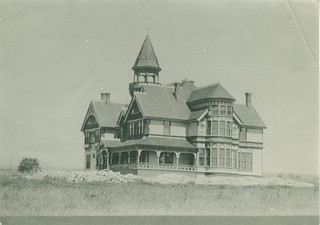 Claremont Hall in 1887
8 years ago by Pomona College 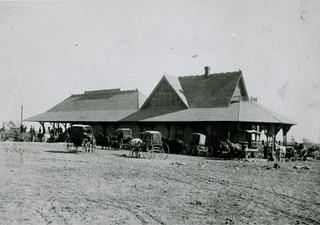 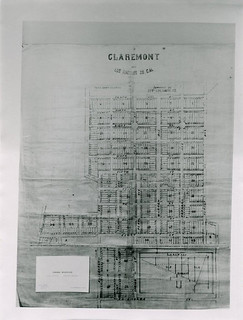 Map of Claremont in 1887
8 years ago by Pomona College 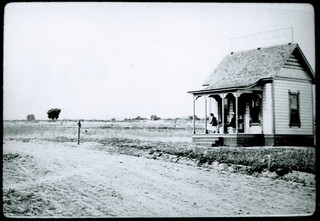 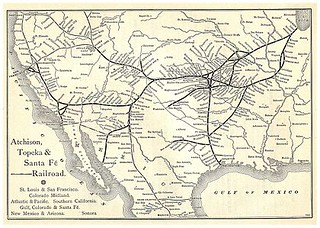 In May, the Education Committee of the Association of Congregational Churches in Southern California was given full power to choose a site and organize a college. Even before that, however, the leaders of the committee had been at work exploring competing proposals from several communities, including a visit to Beaumont and another to Lugonia, which is now a part of Redlands. Other proposals came from as far away as Pasadena and Riverside. In May, however, the committee set its sights on Scanlon Mesa, a place about four miles north of Pomona where H.A. Palmer, one of the more active supporters of the Congregational Church in the area, had obtained some land that was being considered as the site of a tourist hotel. Responding to an appeal from the committee, Palmer donated 80 acres to the cause. An adjoining parcel of 40 acres was obtained from two sisters (referred to as “the Misses Wheeler) from Boston who were wintering in Pomona, and on May 19, the committee selected the mesa as the location for the new college and appointed the first nine members of the Board of Trustees to oversee the founding. (That number was later increased to 15 in the resulting Articles of Incorporation.) The mesa was renamed Piedmont Mesa as part of a plan for a new town to be called Piedmont. Some of the ideas for the town of Piedmont, such as naming the streets for colleges and universities, would later be brought along with the College to Claremont.

The articles of incorporation of what was first referred to as “a college of the New England type,” to be founded by local leaders of the Congregational Church, were approved in Sacramento on Oct. 14, 1887, stipulating that the “location of the College shall be near North Pomona, San Jose Township, Los Angeles Co., Cal.,” but also authorizing the establishment of a “preparatory or academical school or schools which may be located at such other places within the State of California as may be designated by the Board of Trustees.” The trustees first voted to name the College “Piedmont,” in connection with its anticipated site, which had been renamed Piedmont Mesa. They later settled on “The Pomona College” in gratitude for the support of that city and for the Santa Fe Railroad station soon to be built in North Pomona, four miles south of the projected campus. The articles declared that “The College shall be distinctly Christian in harmony with evangelical churches, but non-sectarian and shall be open to students of both sexes.”

The following is a full transcription of Pomona College’s original Articles of Incorporation. Since the document was written by hand, some names and place descriptions are difficult to read, so uncertain transcriptions that could not be verified are marked with a question mark.

Articles of Incorporation of the Pomona College

“Know all men by these presents that we the undersigned, a majority of whom are citizens and residents of the State of California, have this day voluntarily associated ourselves together for the purpose of forming a Corporation under Title XVII Div. I. Part 14 of the Civil Code of California

First  That the name of the corporation shall be The Pomona College.

Second  That the purpose for which it is formed is to establish, maintain and conduct a College and Seminary of Learning, with all the powers and privileges conferred by law upon such corporations.

The College shall be distinctively Christian, in harmony with Evangelical Churches, but non sectarian and shall be open to students of both sexes.

Third  The location of the College shall be upon property donated to the corporation, near North Pomona, San Jose Township, Los Angeles County, State of California, and preparatory or Academical School or schools which may be located at such other places within the State of California as may be designated by the Board of Trustees.

Fourth  The number of its Trustees shall be fifteen, a majority of whom shall be members of Congregational Churches.

The names and residences of those chosen for the first Board of Trustees are as follows.

Fifth  There has been subscribed the following property to assist in founding the College and Seminary.

By Henry A. Palmer Plots aggregating Eighty acres of land of estimated value $80,000

All of the above lands are situated in San Jose Township Los Angeles Co. California.

The following sums of money have also been subscribed, to aid in founding and establishing the College and Seminary

In Witness Whereof, we have hereunto set our hands and seals this fifteenth day of September A.D. 1887.

Built in 1887, near the end of the California boom, the Claremont Hotel was an ill-fated project that never truly served as a hotel. Built in the scrub desert that would become the future Pomona campus, it was transferred to the fledgling college in 1888, becoming Claremont Hall (later Sumner Hall). Although the subsequent years have changed its location and orientation and modified its looks beyond recognition, it remains the oldest building on the Pomona campus. It was not only the College’s first home in Claremont but the primary reason the institution ended up there, having been offered by the local land company to the founders at a time when a sagging economy had put their plans to build a new campus on Piedmont Mesa on indefinite hold. The spacious wood-frame building was situated in splendid isolation on College (then Warren) Avenue. In its new function as Pomona College’s first home, its ground floor provided “recitation” rooms, an assembly room and parlor, a library, a dining room and a kitchen. Upstairs was an office suite for Pomona’s president, along with rooms for students.

In January 1887, Claremont was one of about 30 town sites laid out between San Bernardino and Los Angeles in anticipation of a population explosion resulting from the arrival of the railroad. The early 1870s had seen an unprecedented surge of investment in California land, with thousands flocking to the area and enthusiasm running high. “Claremont the Beautiful,” as it was advertised to potential buyers, was considered a prime location. However, the real estate boom was short-lived and Claremont might have joined a long list of railroad "ghost towns" if not for the decision of the Pacific Land Improvement Company to transfer its completed but not yet furnished hotel and 260 vacant lots to the recently founded Pomona College in 1888.

On May 26, Pilgrim Congregational Church in Pomona was founded, and Charles Burt Sumner was named its first pastor. Sumner would go on to become a founding trustee of Pomona College.

Construction of the metal structure of the Eiffel Tower started in Paris.

In Punxsutawney, Pennsylvania, the first Groundhog Day was observed.