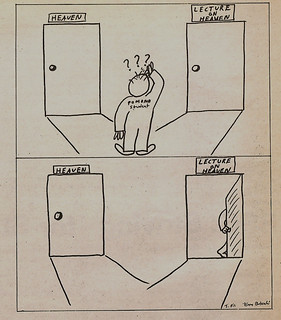 TSL cartoon from 1978
8 years ago by Pomona College 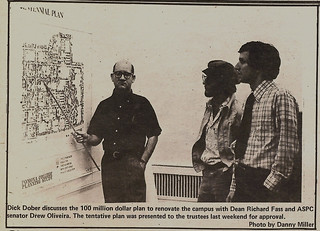 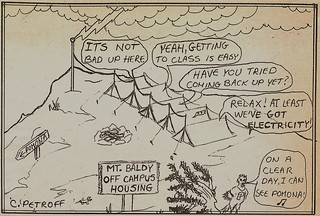 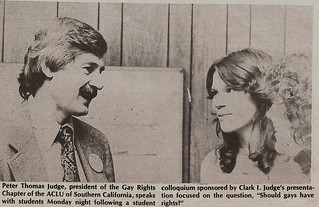 TSL photo of Peter Thomas Judge, president of the Gay Rights Chapter of the ACLU of Southern California, speaking with students
8 years ago by Pomona College 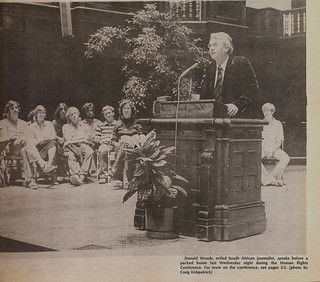 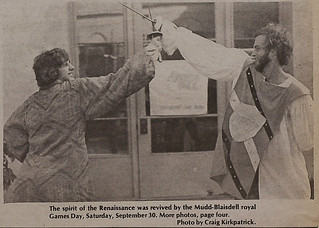 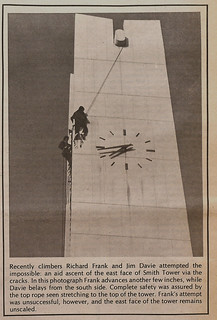 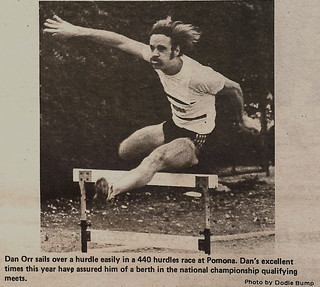 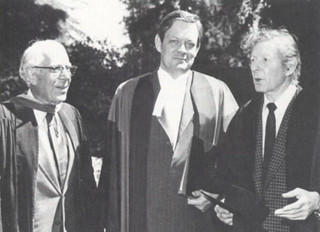 In 1978-79, Pomona tried out an experimental program in language learning called Prolan (for Program in Language Instruction), funded by a grant of $47,254 from the National Endowment for the Humanities. The program was designed to give first-year students improved skills in speaking and writing English and a basic literacy in a foreign language by using an unusual team-taught, interdisciplinary combination of linguistics, grammar, logic, rhetoric and composition. The experimental program involved 30 first-year students, divided into two sections of 15, one in French and one in German.

Noreen Doyas '81 earned a national championship in the 100-meter butterfly for the women’s swimming team, while earning All-America honors in five different events.

Gabe Kaplan played a small college basketball coach in Fast Break, parts of which were filmed on the Pomona College campus.

Comedian Danny Kaye delivered the main address at the College’s 85th commencement exercises and was awarded an honorary degree of Doctor of Fine Arts.

Two of the California’s most outspoken political personalities—activist Tom Hayden, one of the organizers of Students for a Democratic Society in the 1960s, and Howard Jarvis, the principal advocate for Proposition 13, the ballot proposition limiting property taxes that had been approved by California voters a few months before—appeared on the Pomona campus within two weeks of one another. Activist Tom Hayden spoke on Nov. 3 in Lyman Hall on "California after Jarvis." Jarvis himself spoke on Nov. 14 in Bridges Auditorium.

Penny Dean ’77 swam the 21-mile English Channel in what was then the record time for both men and women of seven hours and 40 minutes, shattering the previous record by more than an hour. The record stood for both men and women for until 1995, when the men’s record was claimed by swimmer Chad Hundeby, whom Dean coached. She held the women’s record until 2006, when it was broken by Yvetta Hlaváčová of the Czech Republic.

Douglas Preston ’78 is the author of five non-fiction books and 15 novels. With Lincoln Child, he has written a number of bestselling thrillers, including Relic and Cold Vengeance. His nonfiction book The Monster of Florence, about an unsolved series of murders in Italy, is being developed into a movie by George Clooney.

Pope John Paul I succeeded Paul VI as the 263rd Pope and died just 33 days later. He was succeeded by John Paul II, the first Polish Pope in history and the first non-Italian Pope in more than 450 years.