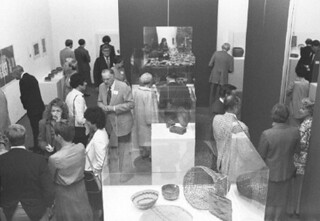 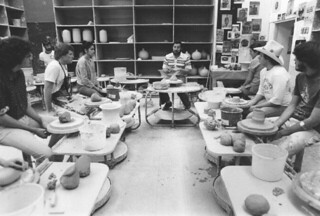 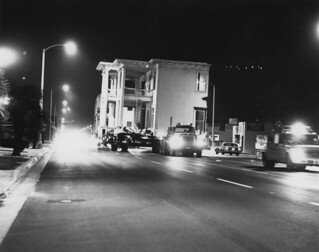 Half of Seaver House being moved on the freeway. The move from Pomona to Claremont took place over two nights in 1979
8 years ago by Pomona College 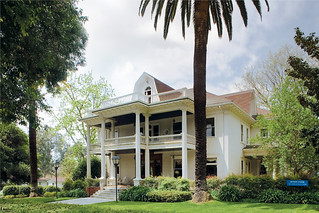 Seaver House, home of Pomona's Office of Alumni Relations, was moved to campus in 1979
14 years ago by Pomona College 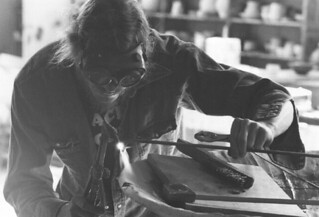 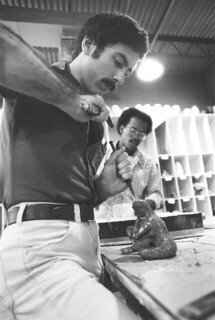 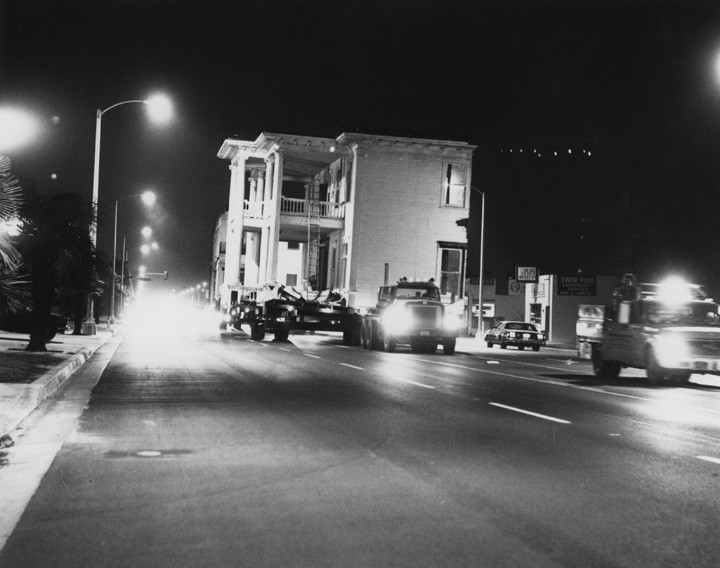 In 1979, a $50,000 grant allowed the College to replace the dome of Brackett Observatory that had been in place since 1949 with a new, electrically powered steel model; add an image processing system to the 22-inch telescope; and reinforce the building’s structure.

The move of the 175-ton Seaver House from Pomona, where it was built in 1900, to Claremont, a distance of 10 miles, requiring 20 hours, a nine-man team and the cooperation of numerous utilities workers responsible for lifting or removing overhead wires, took place on the nights of Sept. 11 and 12, 1979. A remarkable feat of engineering, the relocation also provided an occasion witnessed, and remembered to this day, by many. Because of its size, the house was cut in two (and its roof removed). To minimize traffic congestion and because of the distance involved, the relocation took place over the course of two nights; during the intervening day, the divided structure, suddenly ungainly in appearance, rested at the Pomona Fairgrounds. The building arrived in Claremont at 4 a.m. on Sept. 12 accompanied by College officials, members of the Seaver family, and a veritable parade of curious onlookers, many on bicycles and roller skates.

A three-year program of curricular enrichment titled “Food, Land and Power: Agriculture in a Changing World Order” began at Pomona in the fall, supported by a $202,800 grant from the Kellogg Foundation. Included were a series of conferences and symposia, as well as a program of field tutorials, focused mostly on students in the natural sciences, social sciences, philosophy and religion.

Kent Namikas ’79 captured a national championship for the men’s track and field team in the triple jump, while also finishing third in the long jump.

Gregg Popovich came to Pomona as men’s basketball coach. After a highly successful tenure at Pomona, he left in 1988 to take an assistant coaching position with the San Antonio Spurs. He would go on to win four NBA titles and two NBA Coach of the Year honors as the Spurs head coach.

The Rt. Hon. Edward Heath, prime minister of Great Britain from 1970 to 1974, spent three days on campus in September, after having canceled a previously scheduled campus visit in March. He met informally and in seminars with students and faculty and gave a lecture on “Britain and the Unity of Europe” in Bridges Hall of Music.