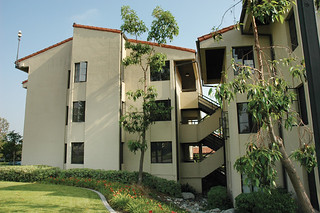 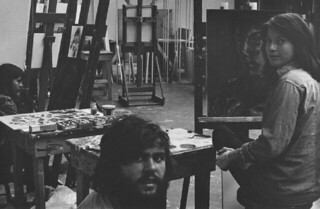 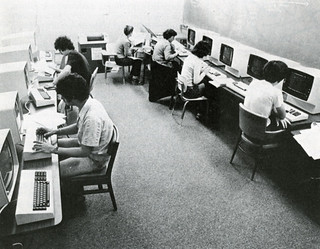 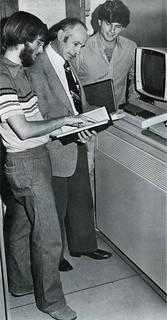 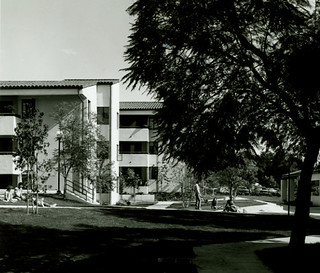 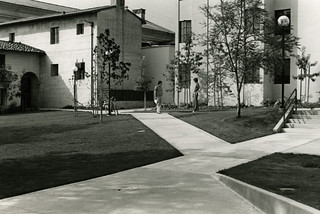 Lawry Court, completed in 1980
7 years ago by Pomona College
Submit a Photo 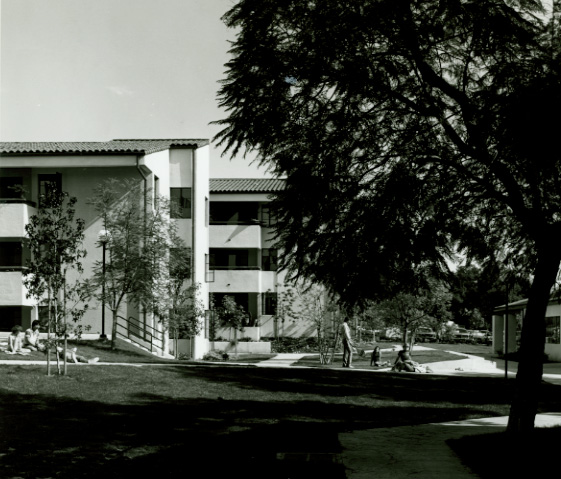 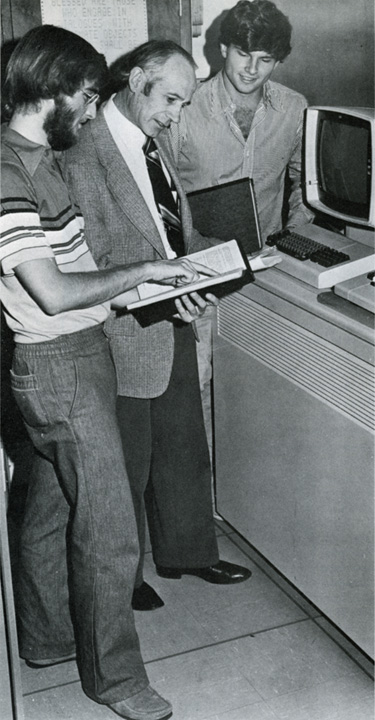 Lawry Court, first known as East Court, opened in 1980. Renamed to honor donor Rolla Lawry in 1988, it consists of three three-story residential towers encompassing a total of 18,200 square feet; each floor contains eight single rooms surrounding lounge and bathroom facilities. Adjacent is the Jean B. Walton Commons, named for the emerita dean of women and vice president for student affairs and containing meeting rooms and a lounge. The design of Lawry Court and its commons reflects Pomona’s commitment to residential life as a significant part of the educational experience. In 1995, the Office of Campus Life designated the second and third floors of Lawry C Tower “substance free” in response to student requests for a living space free of alcohol and smoke.

A leader in the use of computers from the start, Pomona became the first educational institution in the world to own and operate the new IBM 4331 computer. The computer was located in a secured area on the second floor of the Millikan Laboratory and operated by the Seaver Computer Center. The new system, which had a network of terminals in seven other campus buildings, was valued at $750,000. A survey showed that between 400 and 450 students (about 35% of the total enrollment) were now using the College’s computers in some meaningful area of academic work.

Carnegie was one of the first buildings nominated to the City of Claremont’s Register of Historic and Architectural Sites.

At the age of 70, Mary Elizabeth LaFetra '83 became the oldest person to register as a degree candidate at Pomona College.

Penny Dean ’77 took over as the head coach of the women’s swimming program, starting a 25-year tenure during which she helped the Sagehens become one of the nation’s most dominant programs in the 1980s. Mary Gentry swept all three national championships in the backstroke (50, 100, 200) to help Dean’s first team to a sixth-place finish nationally.

During his push for the presidency, Ronald Reagan delivered a campaign speech from a platform between Honnold Library and Garrison Theater. Arriving by helicopters, he was greeted by both cheers and jeers.

Terry Drinkwater ’58 of CBS Evening News spoke at Bridges Hall of Music on the topic, “Whither TV News in the ’80s.” Drinkwater got his start in broadcasting with KSPC, Pomona’s FM radio station.

The United States boycotted the 1980 Summer Olympics in Moscow to protest the Soviet invasion of Afghanistan.