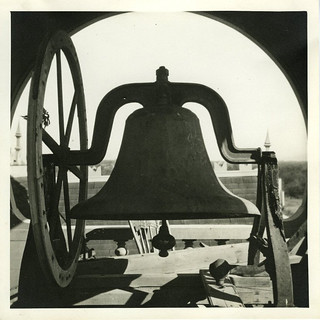 College bell in Holmes Hall
8 years ago by Pomona College 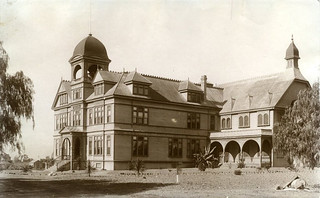 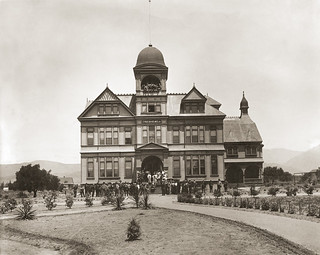 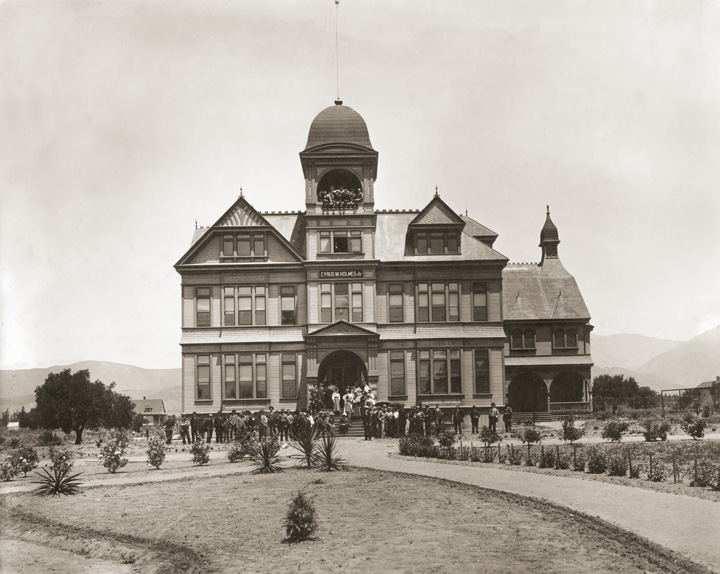 Edwin Clarence Norton, principal of the Preparatory Department and teacher of Greek since the institution’s founding, became the first dean of the College Department.

Several new departments were added at the college level, including Astronomy, which was added to the Mathematics Department; Philosophy and History, which included psychology, political science and “ethics and Christian Evidences”; and Geology. Geology was taught as an elective in the senior year. The catalog noted that “The region of Claremont is most favorable for geological study; and visits to the washes, canyons and ledges make the course more interesting and valuable.”

Finished in 1893, Holmes Hall was Pomona’s second building and the first built by the College. The need for a “recitation building” was expressed in the College’s first catalogue (1890–91), which suggested that “a memorial building would be a fitting gift from a Christian man or woman to a Christian College.” In response, the widow and daughter of the late Cyrus W. Holmes, Jr., of Monson, Massachusetts, offered $25,000 over a period of five years. At the time (1891), it was still anticipated that Claremont Hall would house the “Preparatory Department” and that the College’s campus would be built on Piedmont Mesa, on land donated by Trustee and Board President Henry A. Palmer. In the end, however, the decision was made to add the new building to the Claremont campus and abandon the Piedmont dream.

Designed by architect C.H. Brown and located on the east side of College (then Warren) Avenue just south of Sixth Street, the original Holmes Hall was designed to be brick but ultimately constructed of less expensive redwood. Its rambling design and highly ornamented Queen Anne Victorian style matched that of Claremont Hall to its south. The main entrance faced south and was flanked by two large palms that remained in place for more than a century. The building, lit by kerosene lamps, included two floors, each with seven recitation rooms and two offices; a basement containing a chemical laboratory and heating system; a chapel on the northeast side that could seat 300; and a tower, complete with bell. Construction costs for the building totaled $22,400. Writing about the January 1893 dedication of Holmes Hall, E. Wilson Lyon noted: “In the hearts and minds of all present that day Pomona College had moved from the provisional to the permanent.”

In 1893, when Holmes Hall was completed, Claremont Hall was rechristened Mary L. Sumner Hall in honor of the wife of the Reverend Charles Burt Sumner, founding trustee, and became a dormitory for female students and the College’s central dining hall.

In 1893, the Pomona Student became a weekly and was renamed The Student Life of Pomona College. The first issue under the new name was published on October 3, 1893. Its editor was Guenevere Metkiff 1894. One issue of the student-run newspaper cost a nickel, and a year’s subscription sold for a dollar. By 1895, even though about half the eight-page paper was advertisements, it was in financial trouble, and the newly formed Alumni Association bought out the publishing company and paid off its debt. Three years later, the president and trustees bought 100 subscriptions, a tradition carried on in later years.

It was during the 1893-94 academic year that the original orange and green colors of the College were replaced by blue and white, with the adoption of “Yale blue” in honor of the Yale alumni (including Charles Sumner and Edwin Norton) who had a hand in founding Pomona.

By 1893, the College’s financial woes had reached crisis proportions. Unable to meet the salaries of most of its faculty in 1893-94, the trustees voted to offer them college notes for two years, bearing 10-percent interest. A few had independent resources, and others were able to borrow from the bank, which agreed to take the notes as collateral.

Queen Lili’uokalani of Hawai’i was overthrown by a group of mostly Euro-American business leaders and residents, with the assistance of U.S. Marines.