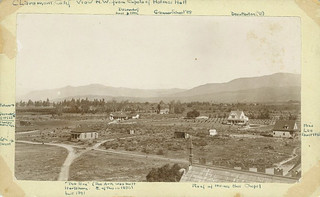 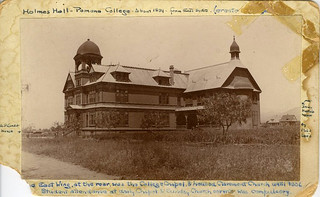 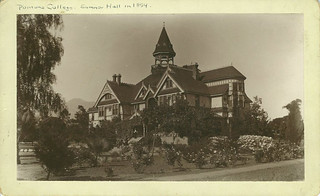 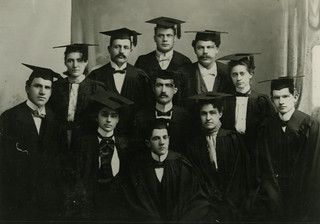 Pomona's first graduating class, the Class of 1894
8 years ago by Pomona College 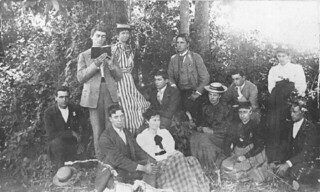 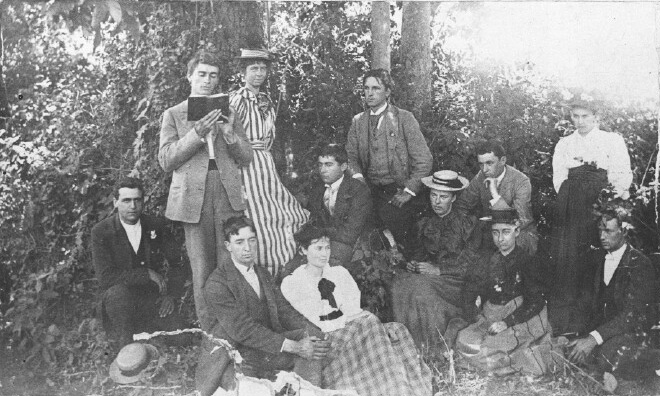 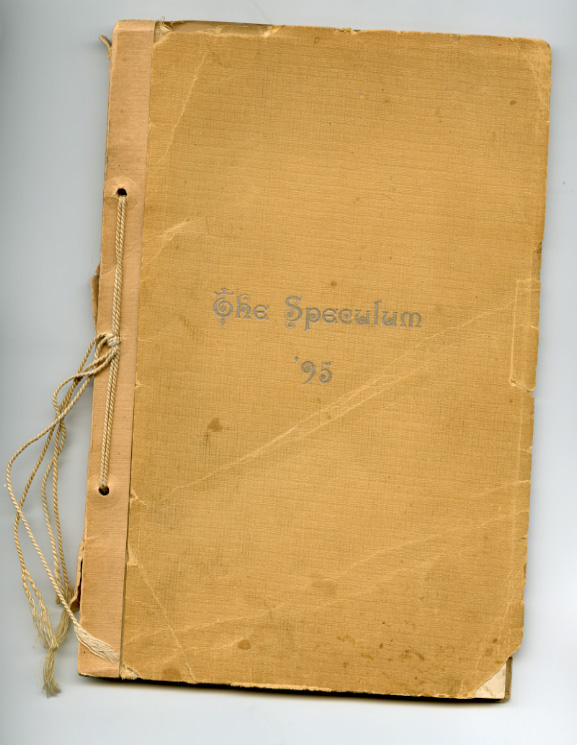 Four of the 11 members of Pomona’s first graduating class were women. The female members of the Class of 1894 were Minnie Borst, Helen Sumner, Charlotte Barrows and Guenevere Metkiff. This proportion reflected fairly accurately the co-educational nature of the College at its start. Of the 45 college-level students in 1894, 17 were women, as were 47 of the 106 preparatory-level students. On other points of diversity, however, there is a glaring absence of Asian or Spanish names in the list of students.

In 1893, editors of The Student Life called upon the junior class to assume the financial and editorial responsibility of producing a college yearbook. In response, in 1894 the College juniors published Speculum, the first Pomona College yearbook (dated 1895) and dedicated it to Professor Frank Brackett. The publication also included a three-page tribute to President Baldwin. A year later, the name of Speculum was changed to Metate, which remains the name for the Pomona College yearbook today.

Organized during 1894-95, the Oratorical Association and the Debating Club would play important roles in the creation of the intercollegiate community that took form in Southern California during the 1890s, with organized competitions between Pomona, Occidental College and the University of Southern California.

From a Student Life editorial in 1894: “Warren Avenue, which runs north and south in front of Sumner Hall, can have nothing that we know of, that is suggestive in its name to residents or students. It should bear the honored name of College Street.” This suggestion would eventually become a reality by vote of a Claremont town meeting in 1902.

By 1894, the College was in serious danger of financial collapse, and the trustees found themselves facing the prospect of being personally responsible for the College’s obligations. President Baldwin obtained a gift of $5,000 from the Congregational Education Society and a gift of $2,000 from his own father to cover the previous year’s deficit and went from church to church soliciting funds.

In measures of academic success, Pomona got off to a very good start with its very first graduating class. Six of the seven men and two of the four women who received their Pomona degrees in 1894 went on to graduate school, and three men from that group went on to earn a Ph.D., one from Harvard, one from Yale, and one from the University of Chicago.

David P. Barrows 1894, who edited The Student Life as both as a Pomona prep school and college student went on to become the ninth president of the University of California in 1919. He was a major in the U.S. Army and continued military service as a major general in the National Guard. He also served as chair of the department of political science at U.C. Berkeley and was a radio commentator for the International News Service.