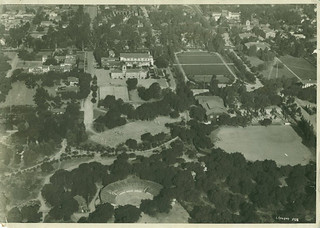 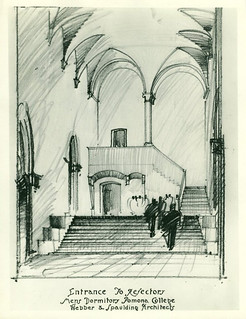 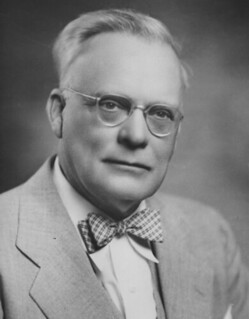 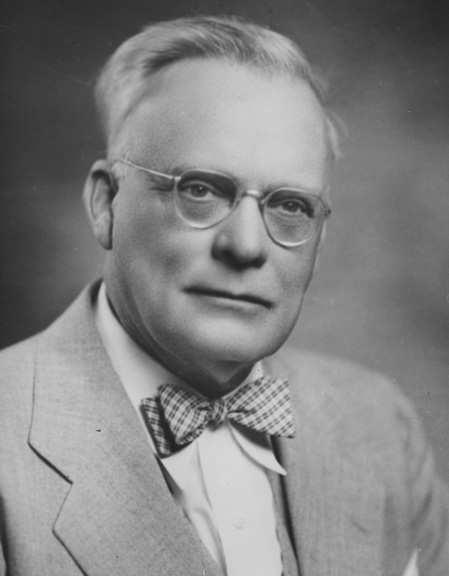 With the inauguration of Pomona’s fifth President, Charles K. Edmunds, in 1928, attention shifted from Pomona’s larger role in Claremont to its own campus and, specifically, its residential life. The period of his tenure witnessed the construction of several of the College’s most visible and programmatically significant buildings, including the Eli P. Clark men’s dormitories, Frary Hall with its magnificent fresco by José Clemente Orozco, Harwood Dining Hall, Mabel Shaw Bridges Auditorium (a project of the new Claremont Colleges), and the Student Union, later named in honor of President and Mrs. Edmunds.

Upon taking office, Edmunds made clear his desire to work closely with Pomona’s students, whom he considered his primary responsibility. Accordingly, his most pressing agenda was to complete Pomona’s transformation to a fully residential college. At the time of his inauguration in 1928, only two dormitories existed—Smiley Hall for men and Harwood Court, which housed freshman women. Older women students were still boarded in private homes and facilities near campus. Dining halls were also inadequate, and, except for women living in Harwood who dined at the Claremont Inn, students took their meals in homes and boarding clubs. Early in his tenure, Edmunds commented: “Our most imperative needs have to do with those physical facilities which would make our life here together truly effective—dormitories, dining halls, and college-owned, properly located residences. To sleep in one building, go to another for meals, to yet another to entertain guests, and to another to read or to mingle with other members of the family is not a normal or an effective way of living.”

An engineer and physicist, Edmunds was the first Pomona College president who was not a Congregational clergyman. Having served earlier as president of Lingnan University in China and having kept a deep interest in Asia, he would inspire a growing interest in Asian culture on the Pomona campus, resulting in such things as the College’s first (informal) study-abroad program—a group of 11 students who, in 1929, organized a year of travel and study in China and Japan—and the establishment of a brand new Department of Oriental Study, which would evolve over time into today’s Asian Studies Program.

President Edmunds was the first Pomona president to be provided with an automobile.

With the departure of Dean Ernest J. Jaqua to become the first president of Scripps College, the office of Dean of the Faculty was discontinued at Pomona, and President Edmunds assumed most of the dean’s responsibilities relating to the faculty and the academic program. The post would not be reinstated until 1948, when Francis R. Iredell '21 became the third dean in Pomona’s history.

Very early in President Edmunds’ tenure, a large dining room was added to the north side of the President’s House to accommodate his weekly dinners, during which he would entertain 40-45 students and faculty.

For the first time, the Pomona Catalog lists cross-matriculation of students from the sister institutions of the new consortium, including 49 “Claremont Colleges” students (meaning graduate students) and 62 Scripps students.

In the wake the founding of The Claremont Colleges consortium and of Pomona’s first sister college, Scripps, the 1928 Metate was dedicated to the “great traditions” of universities like Oxford and Cambridge (upon which the consortium was modeled) and expresses the belief that these traditions will take root someday make Pomona a renowned institution. In keeping with that theme, the book is styled and illustrated to be an homage to Oxford and Cambridge, with medieval looking fonts and “illuminations.” The text explains that The Claremont Colleges plan is meant to "combat some of the worst influences in education, namely giganticism [sic] and mechanism. The fetish of size is falling from the dreams of educators, as is the fetish of the machine-made product, and one of the most cherished portions of the greater academic program is that it will afford the opportunity for future Claremont College students to think for themselves."

A football rally that was “too successful” caused a brush fire on Indian Hill Boulevard, affecting two citrus growers who had to split a cost of $300 to make up their losses. The student body came out in full force to attend a Fire Benefit Dance in the Big Gym to raise the money to pay the growers.

The first Pomona football game against the San Diego State Aztecs to be played in San Diego took place in October. Some 400 Pomona supporters—mostly students along with some faculty, administrators and Claremont residents—took a train to the docks at Wilmington at Los Angeles harbor, sailed by boat from Los Angeles to San Diego, took a tour of the city and held a big rally before the game. After the game, students had a big Halloween party during the return trip on the boat to celebrate the Pomona victory. The San Diego boat trip was a tradition for a number of years afterward.

Actor Joel McCrea ’28 appeared in almost 100 movies, including Sullivan’s Travels, The Palm Beach Story and Foreign Correspondent. In 1946, with his starring role in The Virginian, McCrea started an unbroken streak of roles in Westerns that lasted until his retirement 30 years later. Considered one of the best horseback riders in Hollywood, McCrea has two stars on the Hollywood Walk of Fame—one for movies and one for radio.