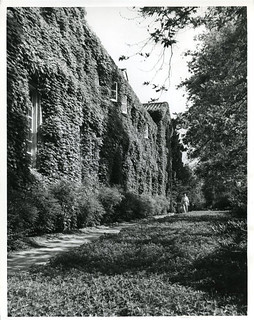 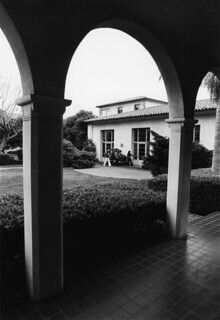 Gibson Dining Hall, built in 1949
8 years ago by Pomona College 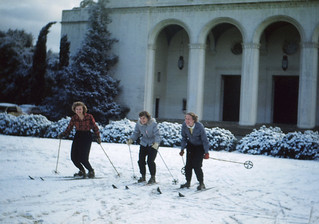 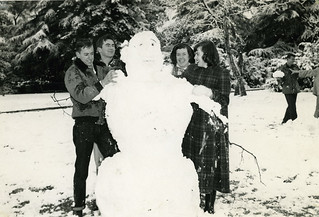 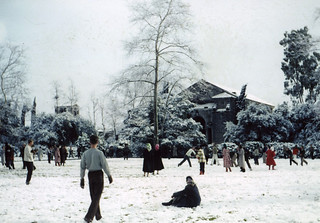 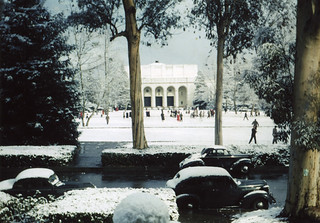 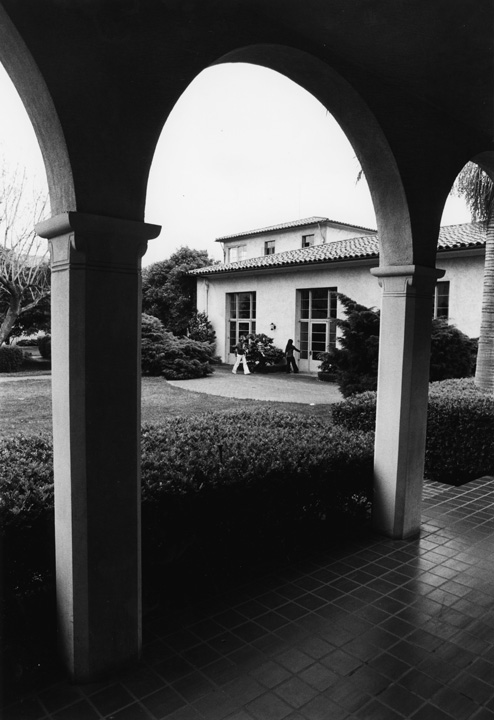 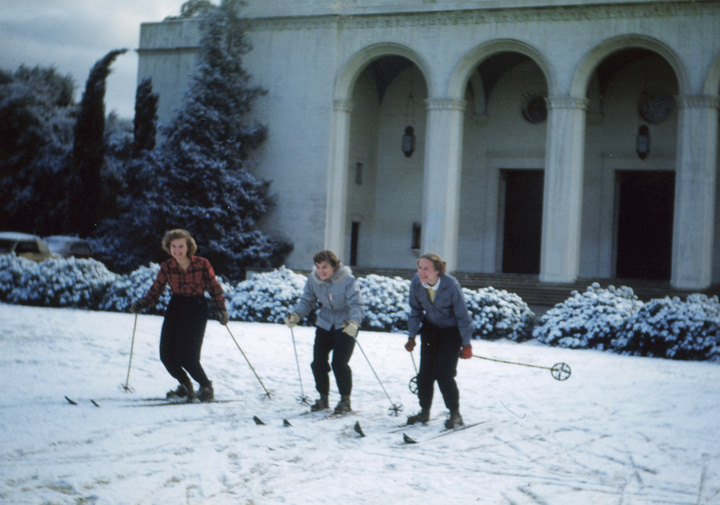 A four-point post-war reorganization by the Board of Trustees included an increase in tuition; a planned 100-student reduction in enrollment; and increases in faculty salaries, scholarships and student aid.

Dean of Women Jessie Gibson retired after 22 years of service to the College. Jean B. Walton, a member of the University of Pennsylvania faculty, was appointed to replace her.

As Mudd Hall was under construction in 1946, the Women’s Campus Club agreed to help raise funds for a new dining hall south of the combined residence halls it would serve. The Club, formed in 1940 under President Edmunds, included mothers of students, alumnae and friends led by Mrs. Victor Montgomery and Mrs. Edmunds; its principal goal was to develop the women’s campus. Through solicitations and benefit events, it raised nearly $97,000; the remaining funds needed were borrowed from the College’s endowment. Ground was broken in March 1949, and the hall was ready for use by September of that year. The hall contained round tables seating a total of 262 in two rooms decorated with watercolors by Milford Zornes ‘34.

Snow on the Quad

Snow fell in Claremont for the first time in 17 years, providing enough snow on the Quad to let students make snowmen and have snowball fights, as evidenced by photos in the 1949 Metate.

A seismograph was installed in the basement of Bridges Auditorium in March to measure earthquake shocks in the Pomona Valley. The instrument was the second of four semi-permanent seismographs being built by Caltech.

Pomona College and MIT announced an arrangement for a combined five-year course, leading to degrees from both institutions. The plan called for students to spend three years at Pomona and then transfer upon recommendation of the science faculty to MIT for the final two years. Upon completion of the five-year course, students received a B.A. from Pomona and an S.B. from MIT. It was the first time the “3-2” plan had been established with a California institution.

“Served dinners,” which had been customary before World War II, returned to campus with the opening of Gibson Dining Hall for women. Blaisdell, one of the men’s dining halls on North Campus, also reinstated the tradition, with both halls continuing to serve breakfast and lunch cafeteria style. Judging by TSL letters to the editor, served dinners were met with mixed reviews, with one student writing: “Gracious living may or may not be the sole end of Pomona education, but I who have experienced the waste, sham, discomfort and futility of served dinners cast a vote of dissent.” Another was more positive: “OK—so we pay more, eat less, wait longer and look ravishing in our coats and ties—in some ways it’s not really a bad idea. But at least, since we’re not in training for a monastery, let’s be coeducational about this (or don’t the trustees believe in the opposite sex)?”

The first “rooters” train since World War II carried about 300 Sagehen fans to San Diego for the Pomona-San Diego State football game. In addition to a special car for dancing and a soft drink bar, the train trip featured a surprise for returning fans. Pomona freshmen, who had been waiting along the tracks, executed a “banner spring” by unveiling a flare-lit homemade banner. Banner springs were a popular and complicated Pomona tradition with special rules about where and how the banner could be hung (not from moving vehicles) and who needed to see it (the majority of the student body). Immediately after the “spring,” the banner was whisked away and mailed to Claremont, where it was declared legal by the Ghosts, an organization that in addition to having the final say on all legitimate banner springs also acted as a mentor group.

Paul Hoffman, director of the Economic Cooperation Administration and head of the European Recovery Program, spoke at Big Bridges about economic conditions in Europe and the reasons for American aid. Hoffman said that the people of the United States had come to realize that “to protect their own good way of life, there has to be a good life for all who were willing to work for it.”

In 1949, a non-denominational College Church for the Associated Claremont Colleges was organized and began to hold services in Bridges Hall of Music, beginning in February. During the first service, a choir of 60 voices representing all four colleges was accompanied by Pomona organist Sanford Williams.

Israel was admitted to the United Nations as its 59th member.

A flag with five gold stars on a red background was designed and adopted for the newly proclaimed People’s Republic of China.