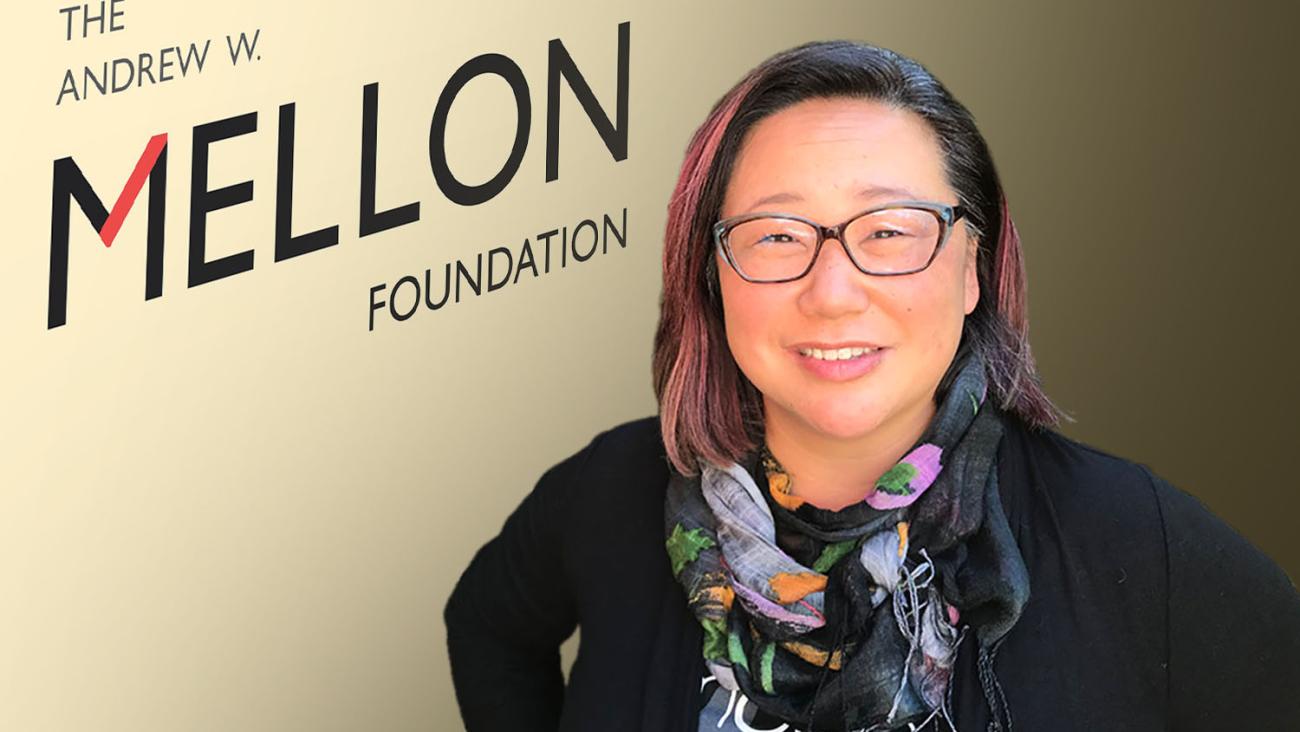 Aimee Bahng, assistant professor of gender and women’s studies, has been awarded a $285,000 grant as part of the Andrew W. Mellon Foundation’s highly competitive New Directions Fellowship program. The fellowship is awarded annually to exceptional faculty in the humanities and humanistic social sciences who seek to acquire systematic training that pushes the edges of their own disciplinary background.

Through this Mellon grant, Bahng will explore where property law and environmental law overlap or diverge, a path of inquiry which has taken her into legal terrain that is straining her disciplinary training in literary studies and feminist theory.

Working at the interstices of environmental justice, feminist science studies, and Indigenous Pacific and transnational Asian American studies, Bahng proposes to study the history of environmental law around oceanic bodies of water through her research project titled “Settler Environmentalism: Transpacific Ecologies and the Gentrification of the Sea.”

Through this grant, Bahng’s research will analyze how human governance of the environment emerged out of Western liberal humanistic concepts of property. It questions whether the property-based origin of our existing legal framework can be an effective lens through which to legislate the oceanic commons; it will also explore historical determinations of who and what is able to bear rights.

“I’m particularly interested in the emergence of environmental law via the United Nations and other international policy-making bodies, which formed not only in the wake of World War II but also during the heyday of the Atomic Age, nuclear testing in the Pacific and arguably the most devastating human-induced ecological fallout the planet has ever known,” says Bahng.

The Mellon Foundation has awarded New Directions Fellowships since 2002. Pomona College President G. Gabrielle Starr received the prestigious fellowship in 2003 while at NYU, and other Pomona College professors who have received it include History Professors Pamela Smith and Gary Wilder, Politics Professor Heather Williams and the late Music Professor Katherine Hagedorn.

Bahng plans to return to Pomona after her upcoming sabbatical with an expanded research agenda and a new legal skillset that will allow her to bridge programs in environmental analysis, gender and women’s studies, and indigenous studies.