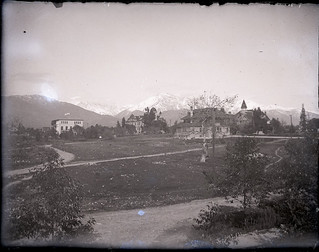 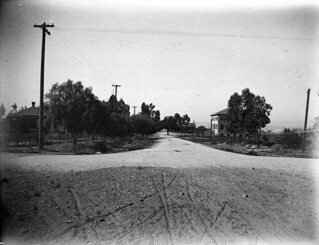 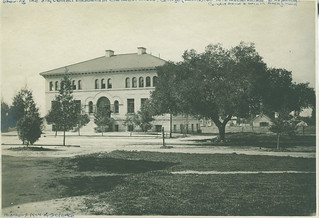 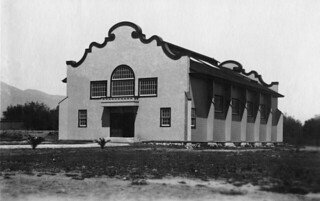 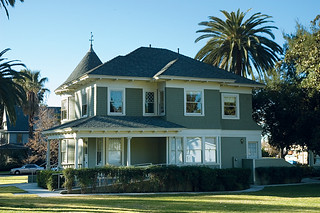 Current view of Renwick House, built in 1900
13 years ago by Pomona College 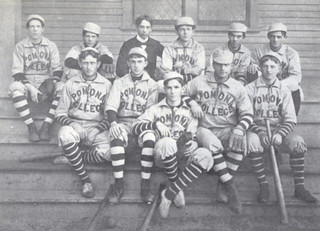 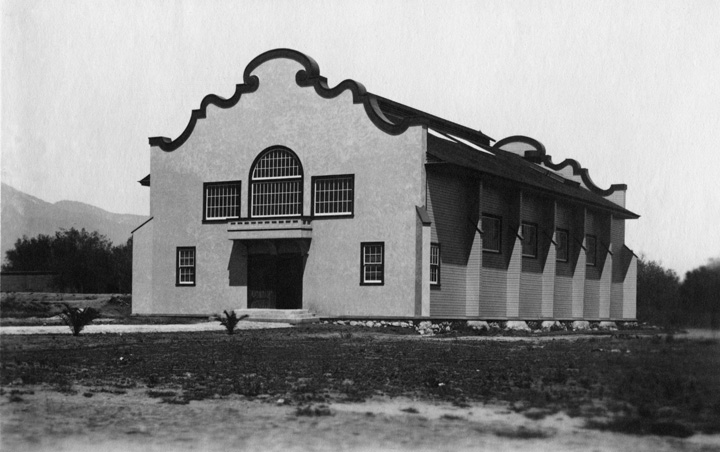 In June 1900, the faculty openly challenged President Ferguson on a key issue in college governance—the procedure for making faculty appointments. Ferguson had submitted new appointments to the Board “subject to faculty approval” instead of seeking the faculty’s approval beforehand, as in the past. In response, the faculty withheld their approval and made clear that they had lost confidence in the President.

Most alumni who remember “Renwick Gymnasium” will associate the name with a different building and site than the original built in 1899–1900 during the tenure of President Ferguson. The confusion stems from the fact that the Renwick name fell out of use early in the building’s history, and when a larger facility, originally built to house the Student Army Training Corps in 1918, was converted to use as a gymnasium in 1919 and dubbed the “Big Gym,” the original Renwick Gymnasium became the “Little Gym.” In 1930, in order to make room for the construction of Bridges Auditorium, it was moved to a site north of its larger partner. In 1950, when Memorial Gymnasium was completed east of Smiley (where Rains Center now stands), the two earlier wooden gyms were joined, re-christened William Renwick Gymnasium to preserve this important early College name, and dedicated to physical education for women. The 1899 structure was destroyed by fire in 1952.

The original Renwick Gymnasium contained “a bowling alley, chest weights, rings, bars, etc. for systematic exercise.” Outside were an improved track, baseball diamond and tennis courts. Its construction was funded by a $2,500 gift from Mrs. Helen Goodwin Renwick, Claremont; $1,600 raised by students; and the remainder contributed by the College. According to E. Wilson Lyon, Pomona’s teams responded to the new building with a series of highly successful football and track seasons. Architect Robert A.M. Stern has described its design as “South African Dutch Baroque cum Mission Style,” noting that in the context of Holmes and Pearsons halls, it suggested that the College had not yet established a consistent image.

Pomona’s trustees first discussed the need for a new president’s house in March 1899, and by April 1900, three lots on College (then Warren) Avenue south of Fourth Street had been acquired and the house completed. The third major building of President Ferguson’s brief tenure, it has since been home to eight Pomona presidents and their families and has the distinction of being the oldest presidential residence still in use at any college or university in California. The design of the President’s House typifies the post-Victorian style known as American Foursquare. Box-like in shape, the Foursquare generally had two and a half stories; four rooms per floor; a hipped roof with dormers, wide entrance stairs; and wood siding. The style was popularized by pattern books and mail order "kits" that could be ordered from Sears, Roebuck & Co., and Foursquares could be found throughout the country from the 1890s to the 1930s. The house originally had four bedrooms and one bath on the second floor, and two bedrooms on the third. The entry is marked by a semicircular porch with Ionic columns and topped by a Georgian balcony.The President’s House has always served as both private residence and symbolic “home” to the College community, a double life that has affected its residents as well as the many students, faculty, and staff who have been entertained there over the years.

Built by Helen Renwick, a Claremont philanthropist who donated land for the public library, Rembrandt Hall and Renwick Gymnasium, Renwick House was later occupied by the McNamee family. Until 1989, it was used mainly as a college residence for students. Today it houses the Office of Annual Giving.

Seaver House was built in Pomona in 1900 by Carlton and Estella Seaver and was home to their six children, all of whom graduated from Pomona and many of whom have, over the years and in a variety of ways, significantly affected the development and life of the College. The handsome Classical Revival home was given to the College in 1979 after the death of Nila Seaver, youngest of the six, and moved to the campus site formerly occupied by the Claremont Inn. (The house originally occupied a large site on then-residential East Holt Avenue, one lot east of Garey Avenue.) Dedicated in 1980, it has, appropriately enough, served since then as the center of alumni affairs.

The Pedagogy Department is dropped.

With the arrival of the 20th century, Winston M.C. Dickson 1904 of Porter’s Springs, Texas (a small town near Houston), became the first African American to enroll at Pomona College. In his four years as a student, he was active as president of the Literary Society and the Prohibition League and a member of the Debating Club, the choir, a fraternity and other groups. After graduation, he would go to Harvard Law School and Boston Law School. Returning to his hometown of Houston, he would practice law until his death in 1959. Though his presence on campus seemed to indicate an openness to diversity, very few African American students would follow in his footsteps until the 1960s.