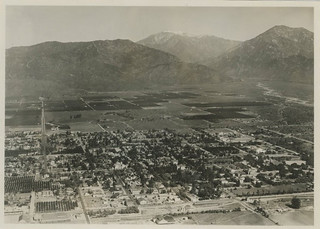 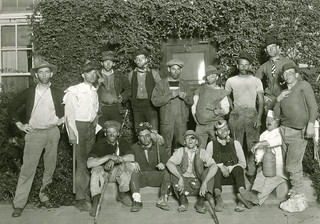 The Hobo Club in 1924
8 years ago by Pomona College 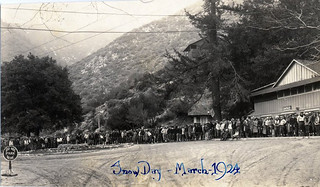 The 1925 Metate (published by the junior class in 1924) featured the “Yell” committee, which organized a series of pep rallies to support the athletic teams and arranged for a variety of “stunts,” such as passing out cards with different colors to spectators in the stands to form a big letter “P” or the image of a sagehen.

The success of the “Three Million Dollar Campaign” enabled the College to establish its first retirement plan for faculty and staff. The normal retirement age was set at 65, with provision for continuance, year by year by invitation of the College, up to the age 68. Special arrangements were made with the Teachers Insurance and Annuity Association (T.I.A.A.) to provide a guaranteed retirement pension for those already past the age of 55.

Bob Maxwell ’25 won the first of two straight national championships in the hurdles for the track and field team. He would later go on to compete in the 1928 Olympics in Amsterdam.

Planning for The Claremont Colleges

On March 29, 1924, the Pomona College Board of Trustees charged “the President of the Board together with the trustee Committee on Education with the duty of studying the future organization of this institution and such matters as may be involved in any form of reorganization.” This led to the formation of the Committee on Future Organization, which would lead, the following year, to the founding of The Claremont Colleges Consortium.

Following the death of Vladimir Lenin, Joseph Stalin immediately began to purge his rivals to clear the way for his leadership.

Mountain-climbers George Mallory and Andrew Irvine set off for the summit of Mount Everest and were never seen alive again.

The Immigration Act of 1924 was signed into law in the United States, including the Asian Exclusion Act.