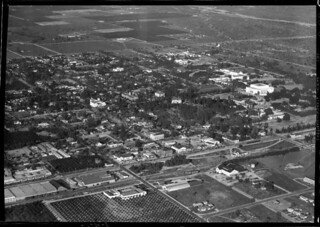 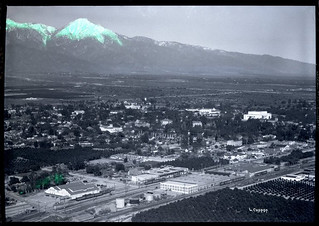 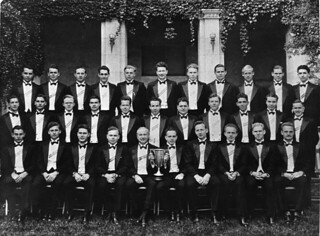 Glee Club in 1932, which one the national championship that year
8 years ago by Pomona College
Submit a Photo The Long Beach Earthquake dislodged one of four small steeple-like projections on the front of Bridges Hall of Music and the small tower on the front of the roofpeak. All of these were removed in the interests of safety.

It was in 1932 that the first (and, as it turned out, the last) National Glee Club Championship was held in St. Louis, a site selected for its central location at a time when transportation was a significant challenge. That year both the Men's Glee Club and the Women's Glee Club (they performed separately until 1951) took first place at the Pacific Southwest Championship in San Diego. In claiming that title, the men won the right to represent the region at the Nationals. (A sign of the times: There was no national competition for women.)

The men traveled to St. Louis by train and on April 8 took the title they would hold unchallenged for the remainder of the century. Under the direction of Professor Ralph Lyman, they placed first with the College song “Torchbearers.” Yale came in second and Penn State took third. The men returned to a hero's welcome, with The Student Life announcing in its headline that Pomona had the "Best Glee Club in the Western Hemisphere." This was all the more remarkable for having been made possible by direct financial support from fellow students, alumni, parents and friends of the College during a Depression year in which financial constraints had prevented both the men’s and women’s glee clubs from making their usual California tours.

In a long-time Pomona tradition of “springing” the newly created class banner of each new freshman class by surprise in some public place, so as to avoid capture by the sophomore class, the Class of 1932 sprung its Aztlan banner in the city of Pomona’s Fox Theatre on Nov. 4, 1932. The Student Life reported that the banner spring came as “the climax of a snappy program, ten husky frosh escorting the banner across the stage during the intermission with yells. Sophomores poured out of the theatre but were unable to capture the banner.”

Due to falling enrollment and mounting deficits related to the Depression, faculty and staff salaries were reduced by 10 percent in 1932 and an additional five percent in 1933.